so after years of proofing that community development does not work, will the “new” unreal tournament project be shut down finally officially?

Well, there are active pull requests on the repo… People like me want to try to keep the project alive, including getting it onto 4.19, however if someone with write privileges to the repo does not approve the pull requests, they don’t go anywhere. If anyone at Epic could chime in on this, there are definitely people who want to keep this going.

Fortnite had long development cycle as well (since 2011) and it’s still in development and Epic wasn’t had much hope for it as well and they tried many times to cancel it or they moved many of it’s devs to other projects but it’s still alive.
Unreal tournament can last longer than Fortnite imo.most of fortnite fans are streamers or people who always wait to see which games are more famous and hot or whatever you call it right now and as fast as they came in to game they will leave it.
But as i said unreal tournament can last longer as Team fortress did and haven’t played it for a while but last time i played it it was really great and fast (the only problem was the main menu and match making stuffs i think…)

The UT fan base is very strong. Although quite small, there is a active community of devs & players that arrange frequent tournaments & devs & enthusiasts that make new game modes & maps.
You can check out the many discord servers for activity.

I will never give up on UT. Just need to see some life here, before i make custom maps like in old times.

it’s been quite a while since i regularly played UT2k4 (my favorite version) under the handle of “infinitybbc” and although i don’t know if i have enough time to commit to fragging again, i really miss it!

i’m still running an old 2011 17" MacBook Pro because Apple discontinued the 17", and when i discovered a couple years back that the new UT under development would not run on this old thing i was bummed but not surprised. since then and especially now that Apple has FINALLY upgraded the MacMini i’ve been contemplating picking one up… in fact it was just now browsing over its info when i also happened to come across this article from December: “Epic Games has stopped development on the new ‘Unreal Tournament’” (Epic Games Has Stopped Development on Unreal Tournament | Digital Trends).

talk about a buzzkill!

so i decided to search through this forum and wound up here.

i also feel like Nawrot — i will never give up on UT! IMHO, 2k4 is the best FPS ever! the variety of multi-player game styles, from Onslaught to Bombing Run and everything in between, plus the bonus of community based mods (many of which were tons of fun), makes it perhaps unparalleled in the FPS realm… but that’s just me.

so what can i do to help? shall i commit to purchasing a new computer just so that i can jump back in and be one more semi-regular (hopefully) player? i can perhaps also talk at least one buddy into getting back on board as well.

i will seriously give it some contemplation…

It is sad situation, but nobody really can help, unless trend by some miracle turns again into fast shooters.

New pokemans generation likes their mobile games and pubg atm.
Old generation is getting too old for those fast paced shooters, aim gets crappy. All my friends for some reason moved to slower and more tactical (read camper friendly) games. They tell me because those new games are better, i call that bs, it is because they are getting into “old fart” zone and do not want to admit it. Last time when we played UT (this newest one) we all got tired after about 1 hour, UT is too intense for this age of internets.

So UT kind of have no player-base, it has fanbase, yes, but most of us would be totally stomped by ourselves from 2004.

Ps. I still have idea for map, its layout, and some old models (in limbo since 2004). Back then my skill in making 3d meshes was just above bunch of boxes level. Now I think I could pull that off (better skill and much much better tools). So maybe i dust off that thing.

The fan base is there… the players would definitely be if the game were to actually be taken seriously. By the way the fast shooters argument doesn’t fly at all. Battlefield and COD tell a completely different story. I can tell you as an old guy that I would have no issues with aim and or fast gameplay and live for it. Always remember not to let your limitations limit other peoples. I am running a 2k4 server that runs way faster than the original game. I have had to drop away from ut as of ut3 as the crowds were not there and it had absolutely nothing to do with a lack of players. It sadly got released too early and didn’t get enough debugging prior to its release causing patch after patch to happen. People just got fed up with trying to play a broken game. Coupled with the actual gameplay being sluggish and heavy at best. I had to mod the ■■■■ out of everything to get it to play similar to 2k4 and by the time I got done coding it was too late. The crowds were gone already. My group made several maps as well, all for not so to speak,

I have had several conversations with many people that say if you were to update 2k4 and bring it out as a re release it would once again be something to behold and would help the legacy immensely. I whole heartedly agree with them. A lot of the issues with ut3 was lack of attention due to gears taking all the talent. UT4 seems to be suffering the same issues only now it is fortnite taking the talent away from what is a Great And Awesome Legacy.

I would like access to the server scripts so I can set up a test server and start to develop for ut4 however I am not sure whether or not it has been shelved forever or what? Like the rest of the community I don’t get paid to program and only have limited amounts of time I can devote to usually one or two things at a time. I tried to get in to play an online game the other day and couldn’t find a hub. Admittedly I was not in for very long as I had heard that dev had stopped and the game had gotten dumped so I was just trying to see if it was still available or not. I do and am sad to see a complete lack of development or wiki or code or server scripts. I get that everyone needs to make money and that if nothing comes out of it it isn’t worth the time invested, try getting me to build something in the real world without pay and you’re going to get the same reaction.

Please bare in mind my work had no following, no one offering to help in their spare time, no one making fan sites, no one spreading the word. I just manage builds of stores and homes. Yet I have hundreds of hours into level design and graphic artwork and coding for your games, not even mentioning gameplay time. Thank you for the entertainment, I for one would like an update of some sort.

Welcome to Powered By Gas… The UT2K4 Game server will be down for maintenance today 5/28/21. It will be down from 9:00 AM until 5:00 PM. Sorry for the inconvenience, this has to be done. If you use Discord and

The game and its story got a mention today: The story of Unreal Tournament, the ambitious project left drifting in space | Rock Paper Shotgun

So what’s gonna happen if someone will publicly update ut4 to ue4.23?Will this gonna be dmca violation?

So is forum now dead for good at this time? 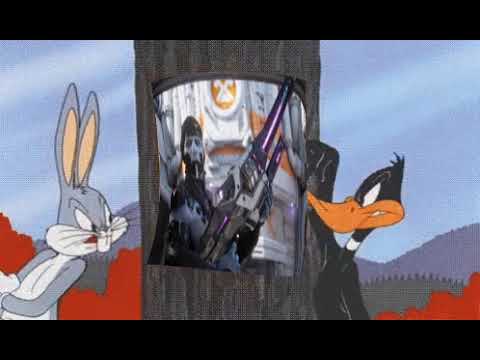