Hey, everyone.
My name is Pablo Alonso, and this is the begining of my final project for my master:

I’m creating a market square, located in the center of a medieval city, based on european cities like Prague.

Over the next few months i’ll keep uploading images of the process. Any advice is welcome. 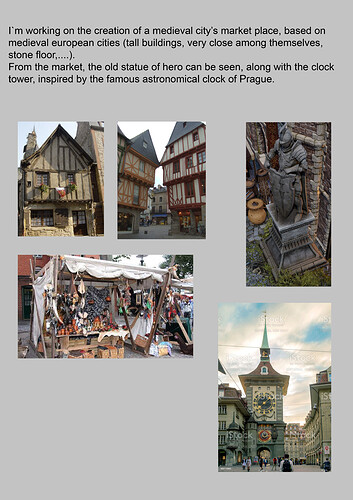 This week I’ve been working on the main assets of my scene, the knigth statue and the clock tower, along with some rearranging of the scene and add details to the market stands: 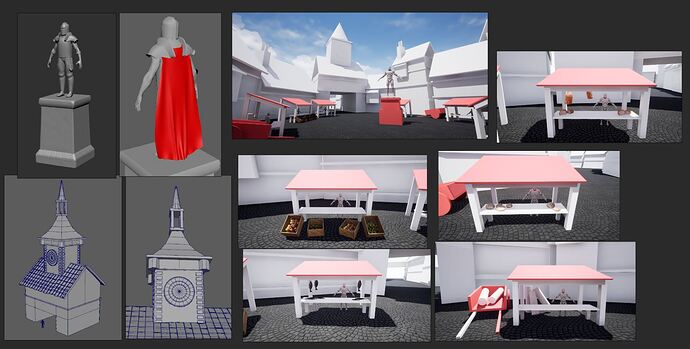 This week I’ve been working mainly on the clock tower, along with bringing materials to the scene to get a general fee ling of how it’s going to look like:

High poly of the cart is completed, next step: bake and texture 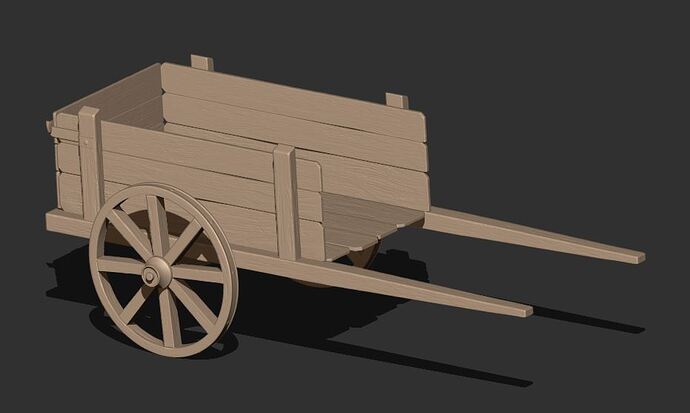 Along with the cart I’ve also done the basic market stand, both already textured and in Unreal Engine 4.

The statue of a knight that overlooks the market square, probably a fallen hero of the city. Still haven’t choosen a text for the bronze plaque. 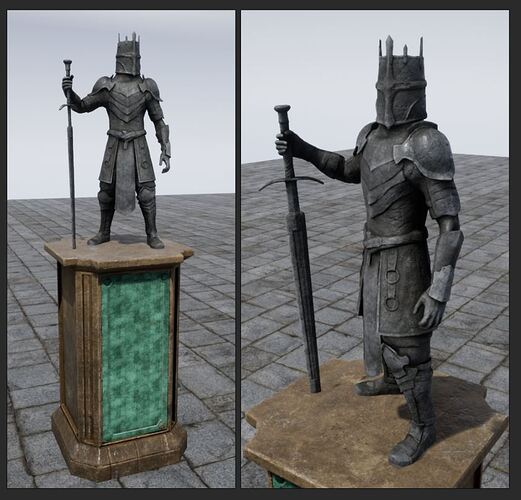 This week I’ve managed to make good progress on the project, and it’s starting to look like what I had in mind from the beginning. 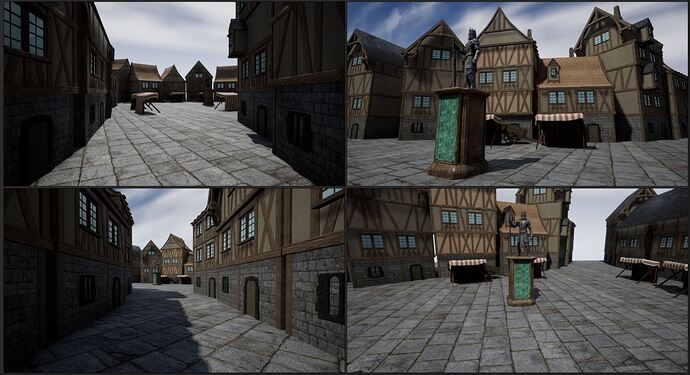 This week I’ve been working on populate the scene, adding objects to the stands, buildings in the background, playing around with the illumination and postprocess settings. 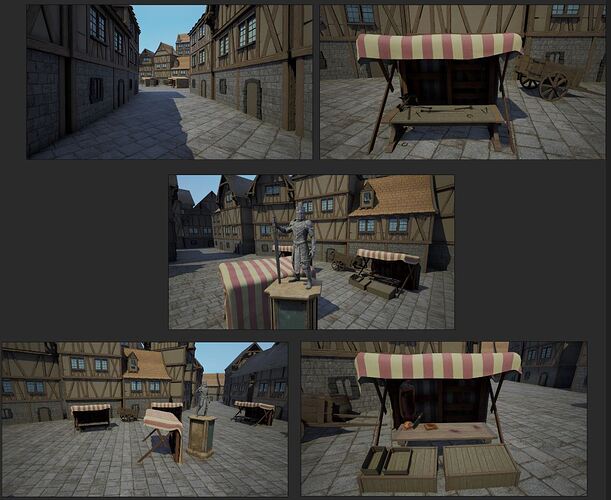 I’ve been working on the scene illumination, trying to achive a god-ray effect among the building: 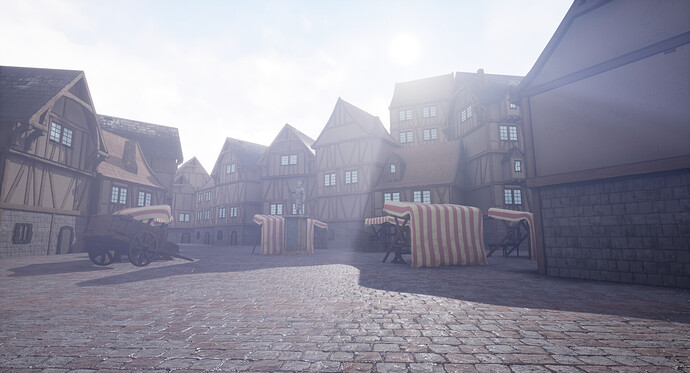 I’ve kept working on ythe ilumination of the market, and created a spline system for the sidewalk: 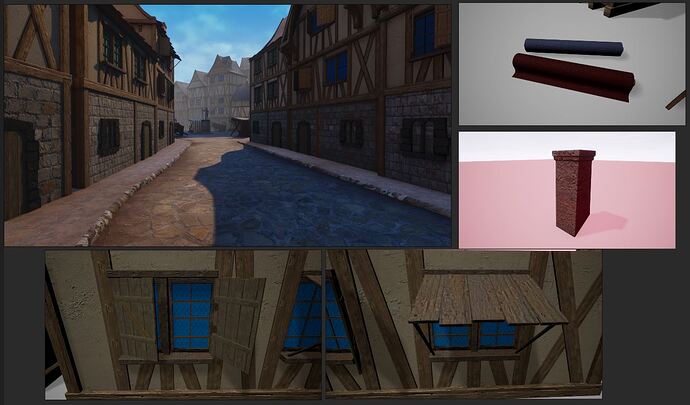