I understand the basics, build it in 3D, get the textures and shading rendered etc then export that out as an image. But how is this implemented in a way that the 3D characters can interact with them?

I was thinking maybe have a 2D image of the rendered scene with basic 3D shapes that are layered on top (and hidden) or maybe there’s multiple images to make up a scene?

I appreciate that unless talking to specifically someone from the development team it’s speculation but has anyone who is familiar with these games got a “fairly good idea” of what’s going on? and / or any links to articles that talk about it? 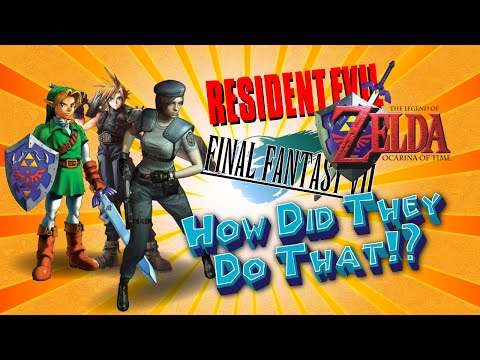 With UE4, I personally would use a Realtime Scene.
I do see advantages for using Pre Renders for performance boost in certain scenarios.

Good Luck to you on your Game Development Journey.

That’s awesome thank you! and a good youtube series for me to check out the other videos

at the end of this thread there’s another cool video.

Awesome, checking it out now William, Thanks!

Hey there! I don’t know if you already knew this, but some guys created an extensive document about FFVII Engine. You might find something interesting in there, also, check the forum where the authors usually post, there’s some info about backgrounds and models from Final Fantasy series worth checking aswell.