We have the Paragon Countess model and we retargeted some animations, however her arms are a bit out of place in some animations. It’s important to get it accurate because she is holding a katana so both her hands need to look like they are holding it. Here’s her skeleton against the non-retargeted one, you can see the position of the original animation is quite different to where her hands are 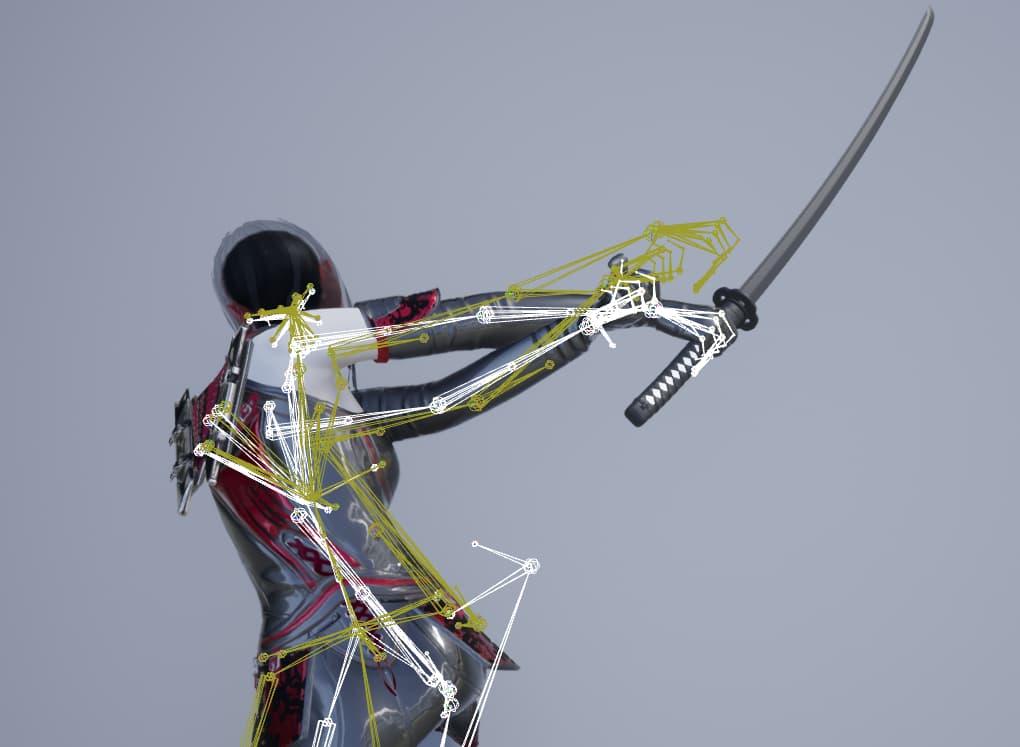 Currently her retargeting settings are set to Animation for Root and Pelvis, and Skeleton for everything else.

It looks like the whole skeleton is marginally different.
All of the translations seem marginally off.

Are you sure the initial retargeting pose is an exact rotational match (Same identical rotations to the original on all bones)?

Regardless of that. It looks like the forward arm of the frame you screenshotted is hooked to a different bone or not properly retargeting.
The correct position of the clavicle should match up with the original version.
Distortion is off going forward in the chain but it’s always somewhat accurate at the base.

Thanks for taking a look at this. For comparing the bone rotations I exported the skeleton and compared with the UE mannequin and the axis are the same. Here’s the retargeting setup 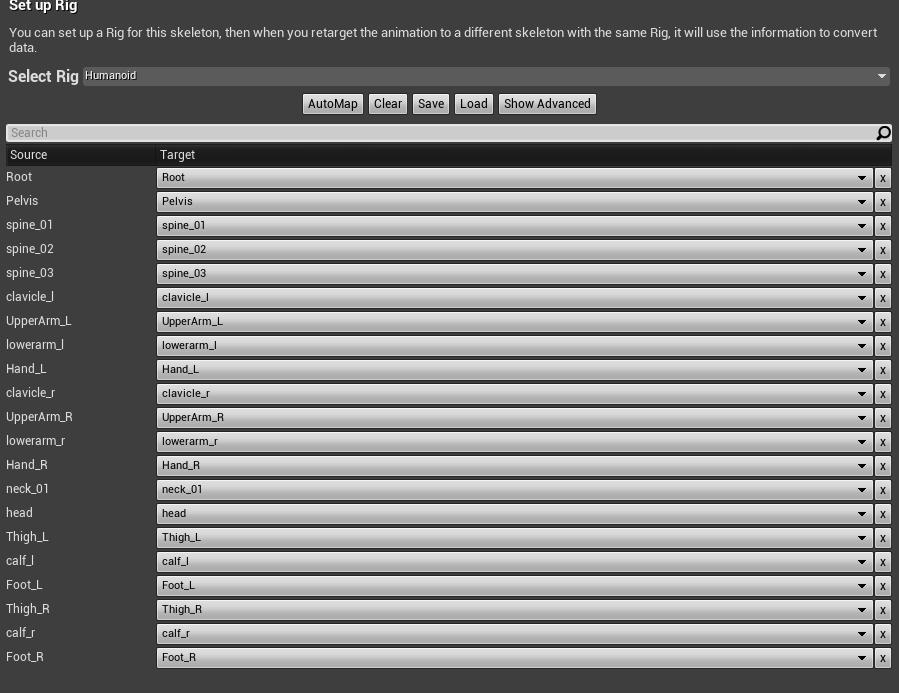 I see what you mean about the rotations looking slightly off, here’s a better view comparing the clavicle rotation: 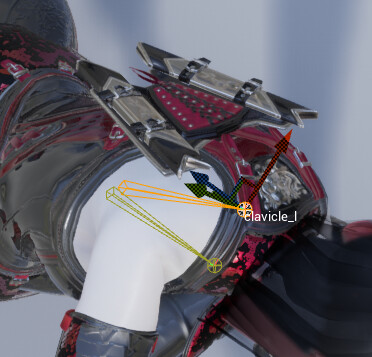 What’s the best way to fix this?

What’s the best way to fix this?

Take both models to an external DCC and create poses that look near identical.
Import both as animations, and set them up as the base retargeting pose to be used.

Still struggling with this, I tried your suggestion but yes it’s still off quite a bit. The original animation is for the male UE4 skeleton, I tried scaling it down but the proportions just don’t fit the character model in the arms/hands. Also tried with the female skeleton but again the proportions aren’t exact. Tried adjusting the animations themselves in UE using additive keys but it’s very finicky, there are also a lot of animations I would need to tweak.

Any other suggestions to try? I considered just adapting the model to fit around the skeleton but there are LODs which would mean updating each one.

I don’t know if this will work, but there is a way. At the beginning of an animation, you change what you need and add a keyframe and save. Then at the end, and even in-between, you do the same.

What I would also look into, is using IK for the hands and have a vector location where the hands are supposed to be. Instead of just attaching the weapon to the character, you also attach the character to the weapon.

Not to forget the control rig, where you can fine tune things and parse values back and forth and setup conditions on the character itself, to trigger things on the control rig. How that is done, I do not know, just know it’s possible. That way, if you change from Katana to something else, the same animations might work in several cases. → A use case might be if the sword strikes a wall and gives the character a shake or a bounce in return.

Finally, additive animations, or just a base pose, can be blended with the animations running, so a walk becomes crouch etc. A classic example is the female animations in the Advanced Locomotion System, where it’s the male animations being reshaped with one single pose.