[Feature Request] My Pain Points (aka, stuff I miss from Unity)

I’m an old UE3 user and I’ve used Unity in the past.
Coming back to UE and I immediately feel that there is some obvious stuff that I find very difficult to live without.
Yeah, I have to admit that I never thought that I would miss them until I used Unity so please don’t reject them until you give some considerations.

(in the order of importance…) 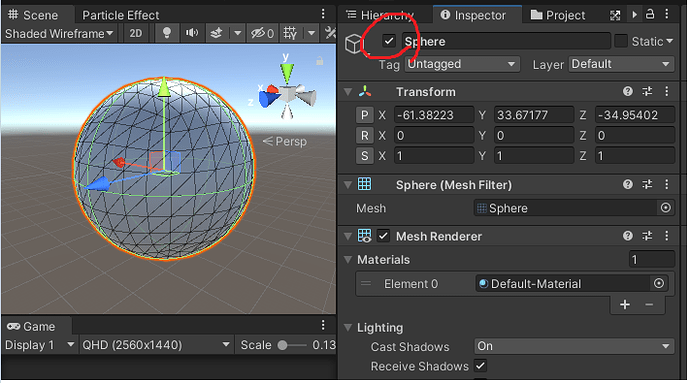 In UE, it is very difficult to temporarily disable some Actors for testing. I usually delete the Actors and then revert the delete but this is error-prone. I often make mistakes saving the scene without completely reverting or reverting halfway. It seems obvious why it’s very useful and it doesn’t seem all that difficult to support this feature.
3. “Package Manager” like import system within the Editor. To import an Asset in UE, often I have to create a new project first and then copy. And I cannot import plugins to Github version of the engine without manually copying it. If there is a version mismatch, I have to create a compatible project, copy, and then delete it manually. This is really inconvenient and we should be able to import Assets directly from the Editor. This will be useful right now especially because there is no Asset compatible with UE5 and it will be so until the next year.

image814×243 34.1 KB
4. “Mute Audio” from the Settings Menu. Sometimes, I want to work quietly not to bother others, but muting audio is hidden deep inside preference right now. There is “Realtime Audio” in the Settings Menu but it doesn’t have an effect from the Editor. Can we bring it out to a more convenient place?

That’s it and I don’t think they are engine-specific stuff but it can be useful to all editors.

Thank you very much for your support and hard work.

I think a lot of these points are great. I’ll make note of them and pass them along to our developers. I’ll keep you updated!

Thanks a lot. I really appreciate it.
I hope it works out without putting too much pressure on you and the dev.

While you are asking the dev, I might as well throw in one extra request.

Hi, guys, I need to make an actor made of many parts. From what I researched, having many Actors can affect performance, thus making the parts as SceneComponent makes better sense. So far so good. The part can have self-contained animations and effects that need to be composed of several Components. Here is the first surprise. Component Editor doesn’t have a Viewport. I can’t see anything while making the Component. Yeah sure, There is ActorComponent that can’t have visible elements. But any…

Sorry about my tone, I was really frustrated not being able to work with Components.
Component system is very powerful and I would like to use it more often but it’s really difficult to work with Components within the Editor. It feels like Components are treated as second-class citizens without clear reasons (or perhaps I don’t understand something). If there are no clear reasons, I hope it gets some attention. I don’t expect it would change soon but definitely for UE5. Please tell the dev to take that into consideration when the dev design UE5. Adding Viewport and the ability to add additional Components does not break the existing workflow but it enables us to work with Components easily. Rigtht now, I’m forced to make everything as Actors, and attaching Actors to components is something that is not recommended but I have no choice.

I can definitely ask about that!