When using the Move Tool and the persp ective view I have noticed a potential Quality of Life improvement for this tool. The best way I can describe it is to use an example. If you select an object in your level ,in this picture its a PointLight, and use the move tool you will see the box indicators that allow you to move the object in 2D. Sometimes those Boxes are behind or blocked by each other or other parts of the move tool itself (See Example B). You get this a lot when you are working with an object and moving it back and forth on one axis. When you look from one direction its easy to click the box(s) (See Example A) when you rotate the view 180° they are much harder to select (See Example B). 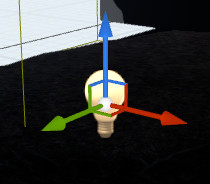 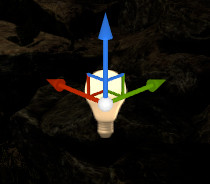 The basic idea would be to have a flip flop function that would compare the Location of the perspective camera compared to the location of the object selected’s move indicator to decide which direction (-/+) the 2D Boxes would orient towards. So when doing things like in the example given in the paragraph above, it will reorient the boxes so they are in front of the move tool (Example A). To use the Pictures above as reference for an example:

When Moving and rotating the perspective camera from the Original position to the Secondary position… The 2D box for the X+Y Axes would reorient so instead of facing the +X & +Y it would now be facing the -X & -Y.

…Essentially No matter which angle you are looking at an object from you would consistently be viewing the move tool indicator from the perspective of Example A.