My new project is a top down shooter, probably going to lean towards arena style levels where the player has to survive for as long as possible against hordes of enemies.
I haven’t made any meshes yet so atm I’ve just got the blue guy and the chair as an enemy For those wondering how I got the seats to go more red here’s the BP for the chair:

lol i like the idea of it as of now, the chairs are pretty funny to kill, and good job

It’s been a while but I’m getting back into it now and have made a bit more progress with enemy AI.

As you can see in a vid below I have a larger/stronger chair enemy and one that behaves a bit different - the drifter.
The drifter aims to get within a certain radius of the player and fires a goo projectile at the player. This creates a hazardous puddle that will harm the player if they run through it. (Similar to the spitter in L4D2) 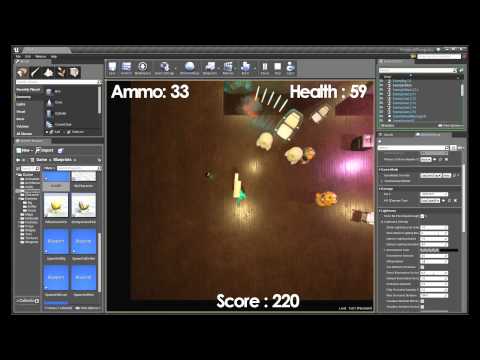 In terms of weapons I have a standard rifle, a shotgun and I am now working on a flamethrower which will light enemies on fire

Great job Lazy Games. I will never be able to look at chairs the same. Keep up the great work and be sure to keep us updated as you progress in the development of your project. Have a great day!

Update #2
This week I’ve been working on a flamethrower and making some decent meshes for the weapons/pickups. Also I was going to have the 1st weapon some assault rifle but instead I’ve gone for dual Uzi’s (modelled from a Mac10). Just to make it a bit more gangsta lol

In the vid you can see the meshes in-game and how the flamethrower works (no flame yet so its just a spherethrower) but it does set enemies on fire which lasts for 5 seconds and hurts them.
And another thing, I’m feeling a kickstarter coming on, so prepare your wallets! 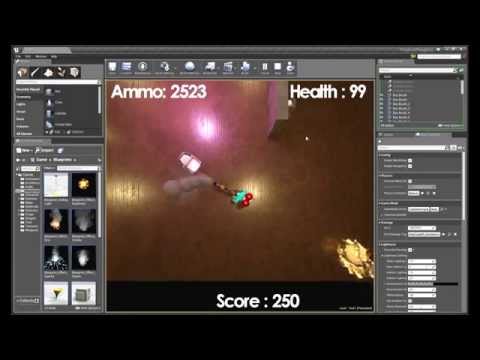 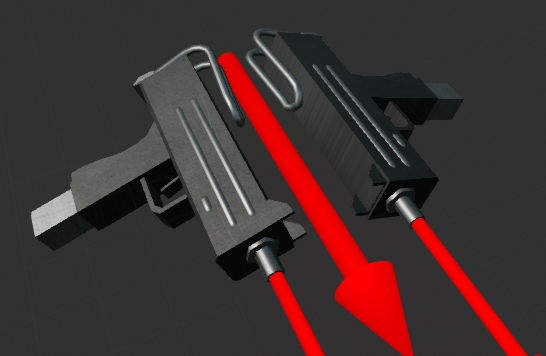 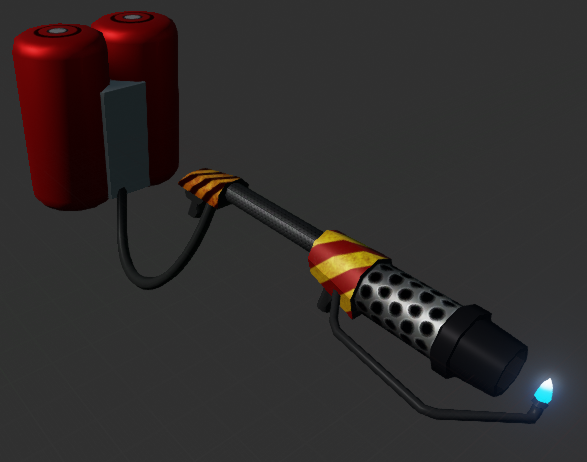 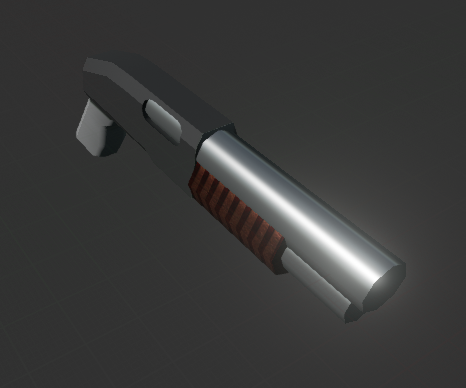 Haha this is pretty awesome ^^ Nice work, it kind of look like a haunted house game.

Update #3
There’s a lot more visual progress this week. The chairs have been replaced with something a bit more terrifying. There’s also little spider things that move a lot faster. And blood, lots of luminous blood!
All fully animated with a running anim, attacking anim, and dying anim.

Here are some of the pickups for health/ammo. The base model rotates slowly whereas the outer ring rotates a lot faster. 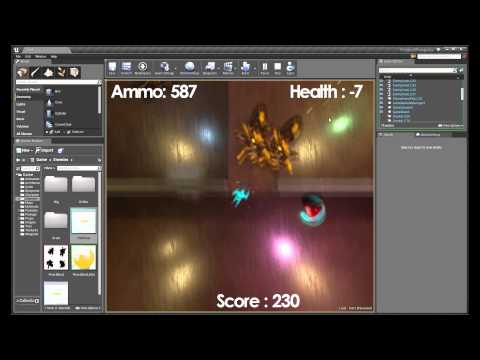 Did you create the enemy Models yourself?

Thanks, yeah they are modelled and animated in 3DS Max. The little ones are just a cheeky reskin of the big ones.

Nice work! I’m not sure which is creepier, the spiders or the chairs chasing you!

I like the work you’ve got going with your flame thrower too! Can’t wait to see your finished effect.

lol this is great. excellent use of using the sample content to get started :). Im with Tim, though, the chairs are super creepy

Coming along. Make it hard, but give me crazy multi-shot upgrades and grenades. hehe

I’ve been busy with other stuff which is why I haven’t posted in a while, but in the meantime I’ve made progress on a few things: 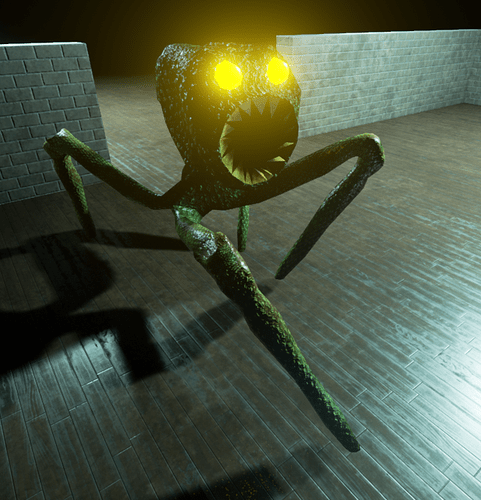 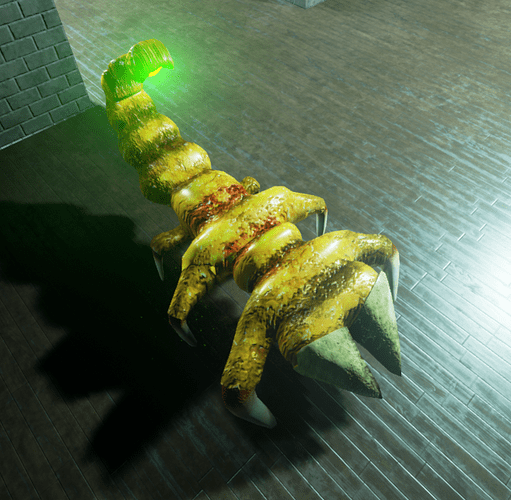 And just generally making things look nice, in the vid below you can see how it’s shaping up. There’s now blood effects when the enemies are hit, they bleed, there’s muzzle flares and the green goo is animated (this will do damage to the player). 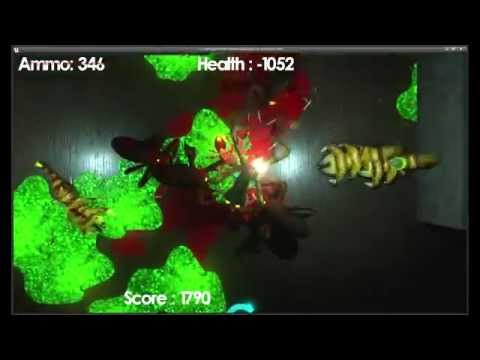 And another thing, I’m calling this project ***

EDIT: lol well at least they can’t filter out the logo.

I’m now moving onto the level design side of things and creating an arena level for the arena mode. This will pit the player against endless waves of enemies that get progressively harder each wave. Health and ammo won’t last forever so the player must spend the score they get (from killing enemies) on health packs, ammo and additional weapons. At the moment though, I have the enemy waves working and a few health/ammo drops to help me along as you can see in the vid below. 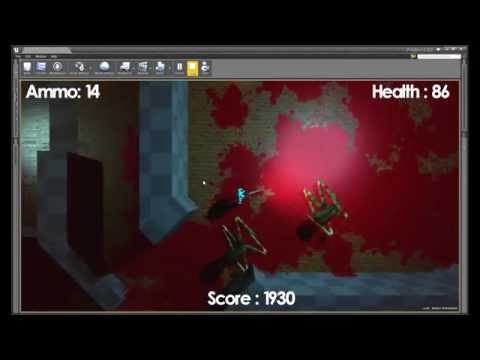 Next on the agenda is giving the player the ability to spend score on stuff and making the level look pretty… only for the player to mess it up again with blood and guts!

I think the game mechanics are solid. However I am not sure about the level design, or is it only now just testing.

Some suggestions:
Portals. (make Most enemies cannot go through portals)
Its a top down, but we can use a bit of verticality, with things like draw bridge or opened evalator.

For the arena gamemode it will just be similar size levels. I like the idea of having stuff you can interact with that change the level. There’s loads of stuff you can do mechanics wise but right now I just need a vertical slice that won’t take too long to make to get a demo out.

Whats the purpose of the demo?

If its for potential customer, first impression counts, so I would rather wait until I think my game is a good representation of the final product, then rush to get a demo out. Just a general comment.

I want to do a kickstarter to cover licencing fees/hire someone for audio+music/extra models/marketing etc. Because I have only 1 game under my belt I need some sort of demo to gain peoples trust. People are getting increasingly weary of kickstarter as so many have failed miserably even when they got funded. Theres a lot of ideas I still need to play around with but I’ll try to get as many in to the demo so it isn’t far off from the final product.