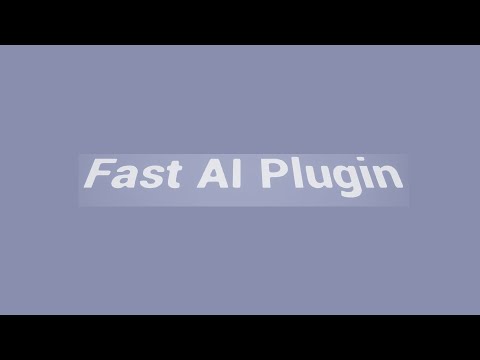 Fast AI is an AI system written in C++ for optimal performance. It supports both single-player and multi-player. It comes with many examples and AI spawners. It lets you create variety of AI system for open world to linear games.

NOTE: Some basic animations were used to create the AI examples for demonstration purposes.

Example Project: Included with the plugin 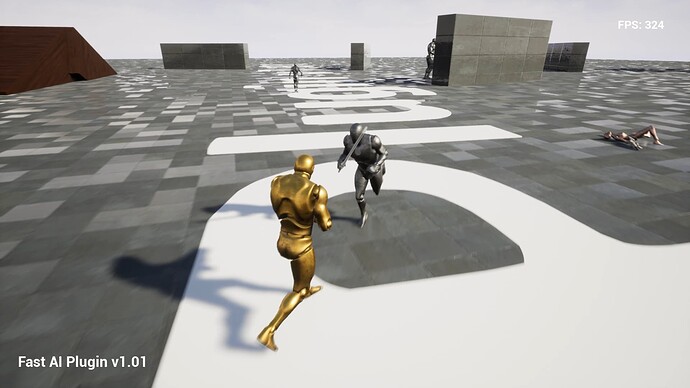 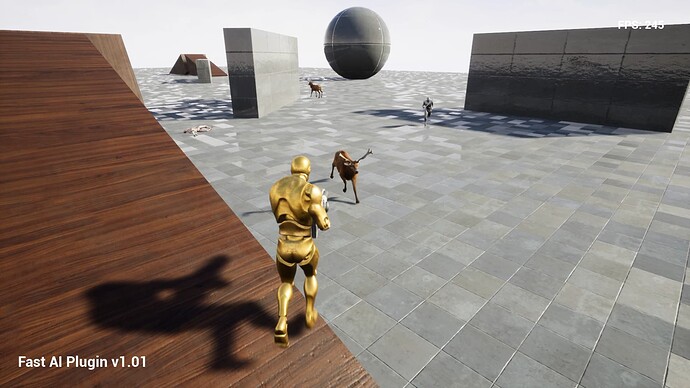 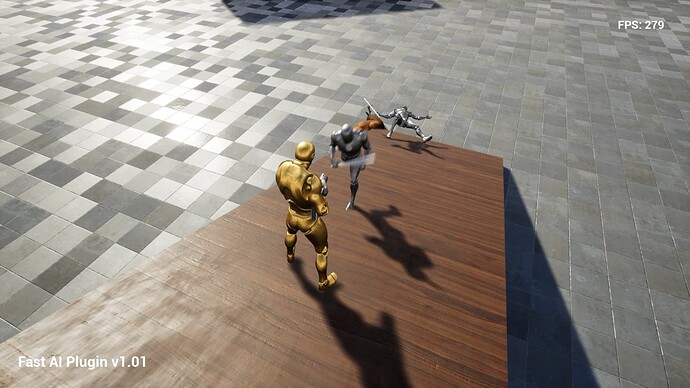 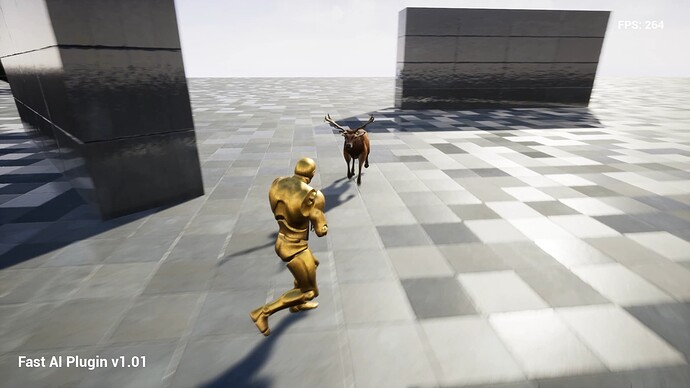 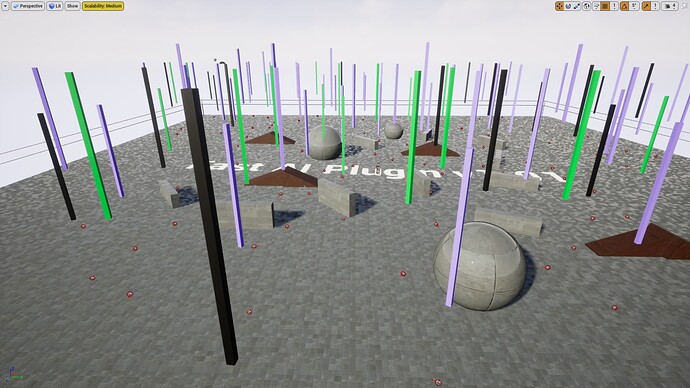 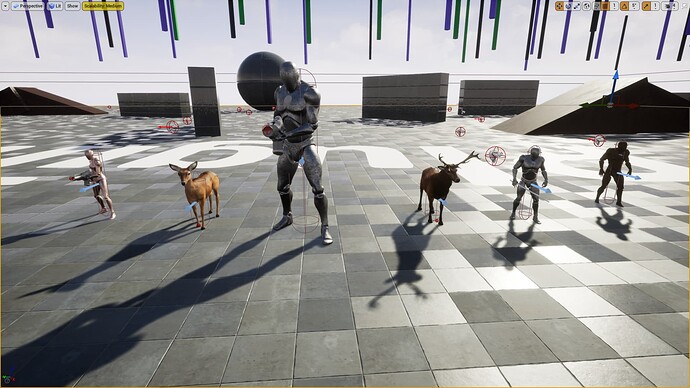 When you say “fast,” what are you comparing to? Which other AI have you benchmarked, and how much faster are you? And what trade-off am I choosing when using this system, as opposed to other systems?

The AI system , AI spawner, characters, tasks, services, decorators, they all are written in C++ which is way more performant than blueprints. Most of the AI assets in the marketplace are based on blueprints which are ideal for learning and to be used in prototypes. I personally own a couple but when i use them in real projects such as in a open world game, they cause many performance issues. Also spawning and de-spawning multiple AI NPCs based on players proximity using C++ is very benefacial. I also have plans to add many optimization featues in the future as well which will improve the presence of AI more performant. 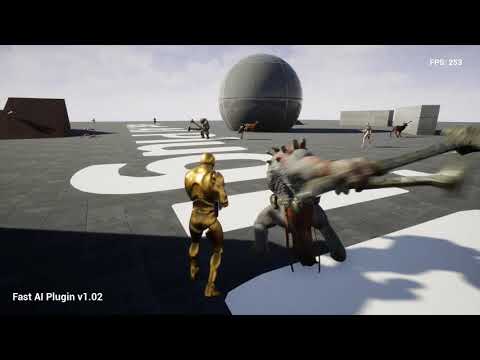 they all are written in C++ which is way more performant than blueprints.

That sounds good, I guess. Most of the blueprints that I’ve made seem like they only configure the underlying C++ AI system anyway, so I would love to see some actual metrics – configure some particular tasks in basic unreal, versus in your system, and then measure microseconds per actor per frame, or how many actors can make decisions before you use more than 10 milliseconds per frame, or whatever – some real numbers!

I also have plans to add many optimization featues in the future as well which will improve the presence of AI more performant.

Plans are great and all, but that doesn’t make the current system “fast.” Comparable numbers, make the system fast. And, if you’re already planning to improve performance, then presumably you already have comparable numbers, because that’s the only way you can actually say that the performance of something has improved! 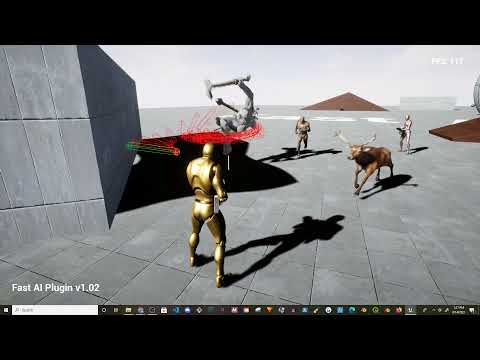 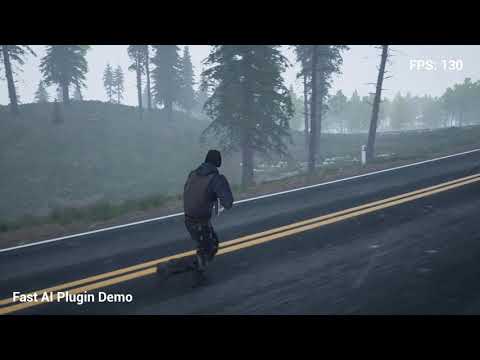 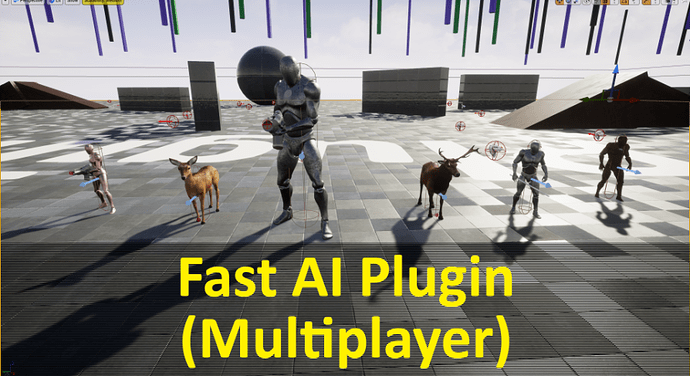 Fast AI is a single-player and multi-player AI system, written in C++ for optimal performance. 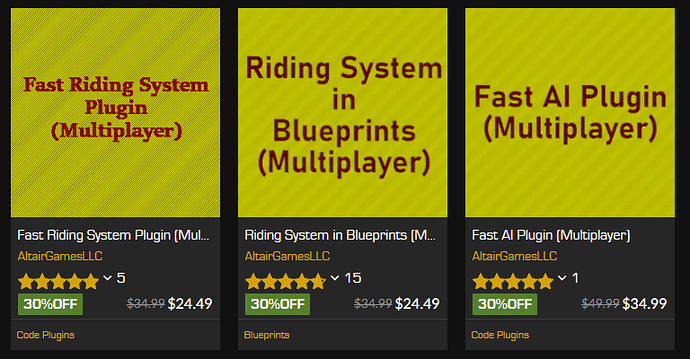