Falling through my landscape - pls help

i came across the import real heightdata to unreal topic and been impressed… i just tried to replicate some work of the the tutorials but at some point i always struggle… i just fall thorugh my landscape but its not that easy, im pretty sure that i have done everything like in the video but idk whats wrong, my computer sux very much aswell, so at some point im asking myself is it becuz of my computer or my mistakes lol…

i just downloaded the height data via tangram and converted it to ue4 like in the tutorial ( the whole gimp action with 16bit greyscale and cutting it into levels with right x y name so world comp realize whats happening) the problem begins when loading every level (but same for just parts) and no matter how big or small i did it. (made a version in 9 parts and 64 parts/levels - the 64version did work even more less) at some points of my landscape i just drop through it and landing instantly in the starter content level… feels like im speedrunning some ■■■■ lol… but just on some parts of the level, especially at the lower stages, i can walk on every mountain but once i go down bye bye… i tried different materials on the landscape but no change and i tried to check the collision settings of the project and the game but no success… and oh yeah i watched at the recommended sizes from epic so its not that either

if any1 can help, i would be very thankful… i dont want the pain to give 64 levels a name again …

thank you and cheers

PS: if it helps here is my specc and yea i know unreal want more then that xD but hey the map isnt fulll or textured at all… lol

What’s your kill z setting in the world settings set to?

okay i just disabled the world bound and im fine now! but what exactly does that mean? i just need to care on my own now that no1 can fall into empty or any other sideeffects? ^^

atleast i can run around now everywhere

The KillZ setting in the world settings auto kills a character that goes below that level on the z-axis. So if you fall off a cliff, or glitch-clip through the world, or whatever, your character will be killed when it reaches that level. I think it is by default set to something like -1000000.

You can also make killz volumes, so if you want a character to die who enters a certain area. 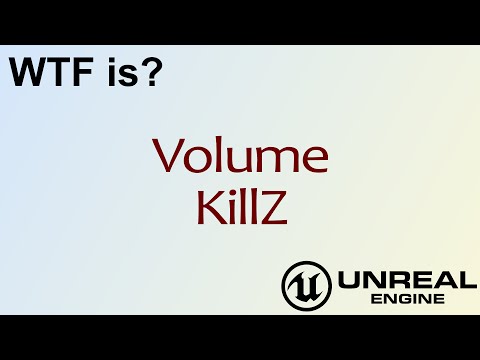