According to the Doc:

Valley of the Ancient Sample

Take a guided tour of Valley of the Ancient, the UE5 Early Access showcase project.

I installed the UE5-ea Version and tried to download the demo project: Valley of the Ancient.

Here is the screenshot: 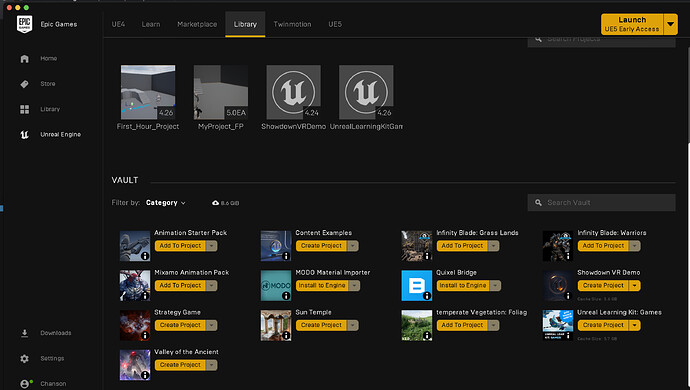 after the menu was dismissed, the downloading phase didn’t begin. While the Showdown VR demo was dowanloaded successfully in the same manner.

SO the “Valley of the Ancient” demo project didn’t apply to macOS? or there is something wrong with my System? btw. I am a user from China’s mainland, but I have opened my VPN app.

I have searched my problem in Google and Forums, no similar situation. Need your Generous and Genius help eagerly, Thank you!

I am having the same problem. If you check the project page it says Windows-only, but maybe there’s a way around it. I think the Chaos Sample had the same issue at some point and someone found a way to download it. From there we can make a simple project definition change for us to be able to use it. I’ll try downloading from virtual machine and I’ll report back.

the problem is that this project is only supported on Windows platform. my solution: I downloaded it at a windows machine and then copied it to my mac, and it worked. the bad news is that it doesn’t run very well

Same issue here on Mac. It would be great to get into the project and take a look under the hood.

@alesxander, @jorgecid You both are right, it’s probably because the project supports only Windows now. But I have successfully downloaded the ShowdownVRDemo which supports Windows only too. So I didn’t 100% reason why then.

Later on yesterday, I downloaded the Valey project on my old Windows PC, and it worked. On my Macbook Pro laptop, it didn’t. I thought an indicator dialogue should be there when I clicked Create Project button from my macOS system.

According to @alesxander’s solution, I migrate the project file downloaded from my Windows to macOS today. It could be opened finally

, but there are many problems like no Landscape terrain display within the level, crashing when PIE, etc.

Thank you, all of you!

Not all projects made only for windows will support mac, like the demo project the valley of the ancient.But some projects like this Modular Scifi Season 2 Starter Bundle in Environments - UE Marketplace will support mac although it has given that it’s
only supports windows.

I just wanted to chime in with agreement — there seems little reason that macOS is being treated so poorly.

This seems unreasonable — macOS is our main dev system. We wanted to look at the assets used by VotA but I guess will have to download it via parallels (which creates it’s own issues).

yeah bro.EVERY Company is taking MacOS like a joke but soo many developers use Mac Operating Systems, Even Epic Games Demo Project for UE5 is also having same issues.
At least they should make the demo project for mac.
All the big developers i have seen, either on youtube or else-where they use MacOS.
Youtubers like Dani from Norway & Nikhil Malankar from India are an example.

Is there any sample/demo project at all for mac on UE5 early access? I am rather new to all thing UE and more of an asset user than creator…

It’s literally as easy as 1, 2, 3! See below (many will work with UE5 although you may have to play around with them — sadly Epic is dropping the ball for the Mac): 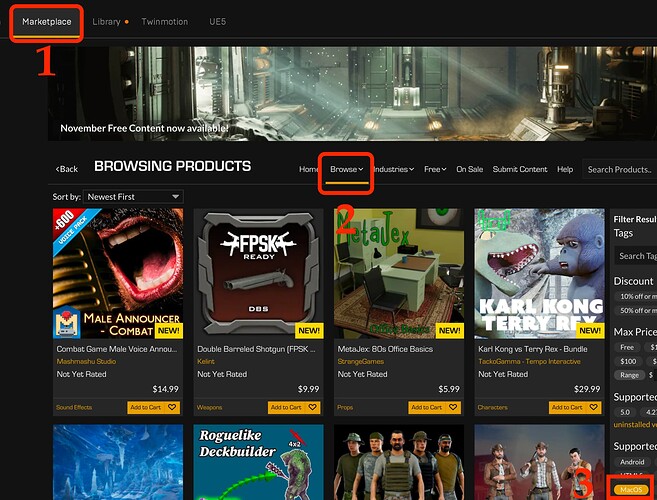