Face appearing in the mirror (jumpscare) 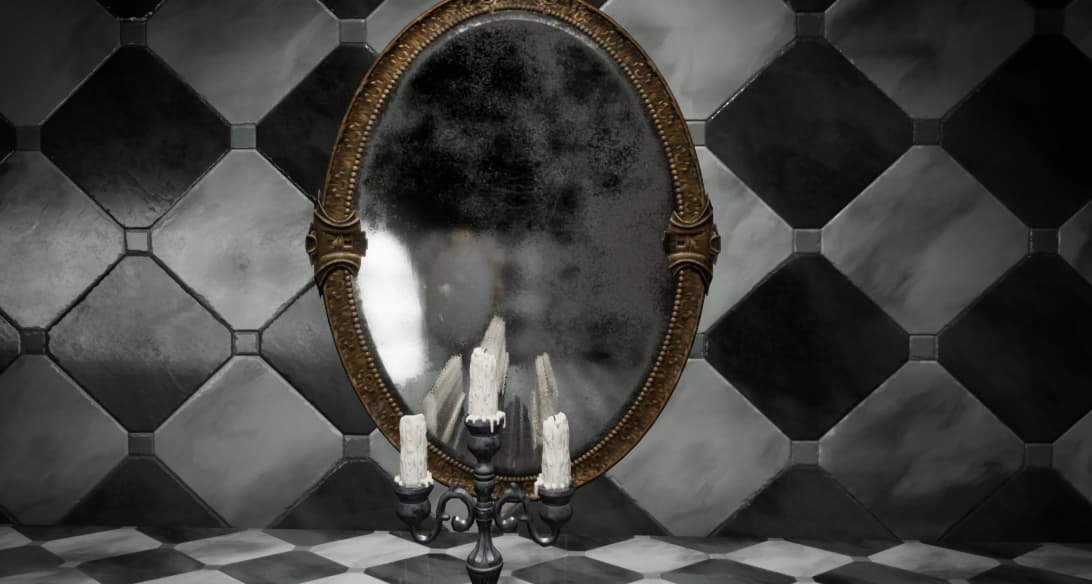 faceeee1092×584 47.9 KB
You know what I mean, that typical oldschool horror vibe where suddenly silhouette of a ghost appears. Not fully brutal in the face of feel, but more like mistery kind of scary that makes you go like “what was that”.
How is that possible? I mean directly in the mirror. So far I think it could be done only with a reflection from a character that appears and disappears in the back. Also I don’t have character in the scene, so kind of could use character appearance as jumpscare, but I really would like to know how to achieve that horror effect in general. Another option could be using video editing software and then using mirror as a screen and replaying it, so it kind of blends in with the colours and environment. But I also don’t know how to achieve it, just an idea

Use planar reflection, besides that, its perfect.