Ever since I was a kid I dreamt of making this game alongside with my brother, when I got older I never thought I’d ever even start such a project! Nevertheless game development appealed to me and I’m finally finishing my degree in game development this year! Which kind of got me pumped! I was talking to my brother and we where laughing about how we dreamt of making a game together as a kid, and then he said! Why don’t we?

So for a few weaks now, we’ve been working on our little project, a multiplayer game in some sort of apocalypse setting! He’s been working on a server system in his spare time and i’ve been concepting to get an idea what we realy want to make of this!

Here are some concepts, i’ve done! to give you the general idea!

I’ve been working on the User Interface to manage your character! I already did some basic movement and shoot possibilities! Which mostly are fine for now! However i’ve hit a little snag! A mesh inside an actor is rendered behined another object! Let’s say object A is rendered behined Object B, However Object A’s Location is in front of object B! Any ideas on what it might be?

I’m talking about the image in the left corner, The first attachment is the problem and the second is how it should be! 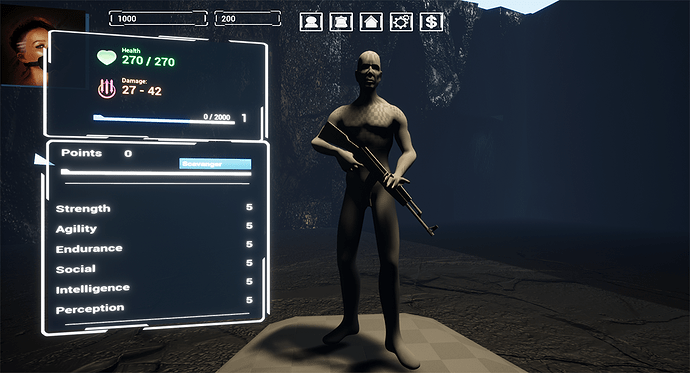 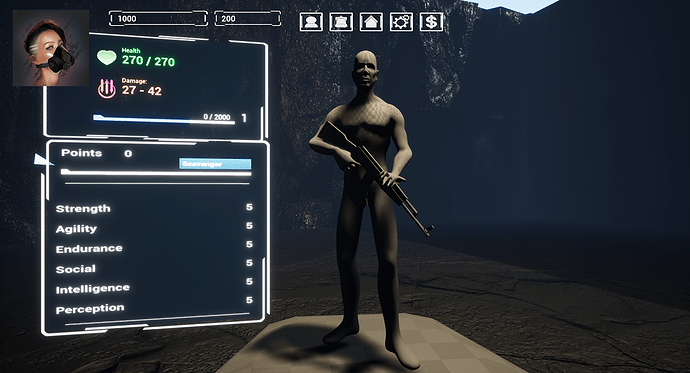 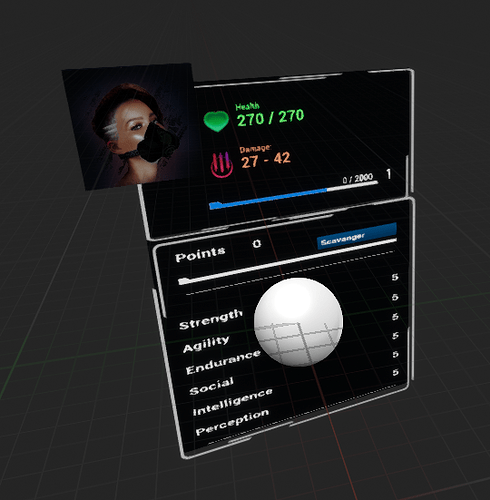 I found the problem!

It turns out translucent materials sometimes blend their material with basically every material that is also translucent, Even when there is no opacity on that specific location! Simply turned my material to opaque and it looks better! Also made the face emblem an actor, So i can better manage the image the player has as its logo!

Also made an overview system to check your characters play preference, be it attack, defence or Special! And some fun facts about that specific character! 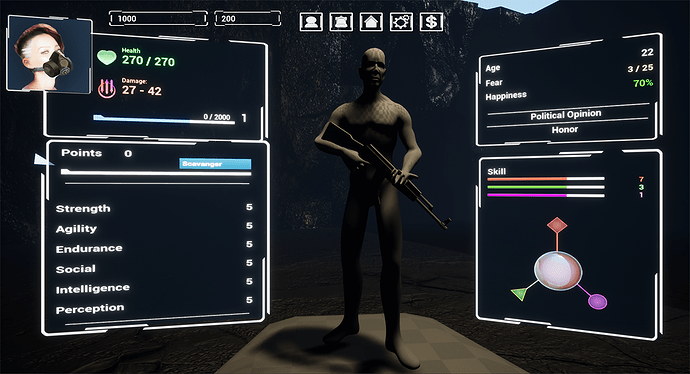 I’ve been working on the female character for a while! Sculpted in the basic detail with Zbrush and then Optimised it! I still have to give it some attention because some parts are really messy! I hope I can finish this part up soon so I can start on my detail pass and bake my high model onto my low! I chose to do her a little more stylised because it could save me some time! I completely forgot how much work a single character takes though!

The scene is a little more what I want from it now! However I don’t want the background to be that dark! I don’t know how I’d best approach this, exponential height fog doesn’t do it for me I don’t want to see the horizon but a simple glow instead that doesn’t light the floor or its surroundings! 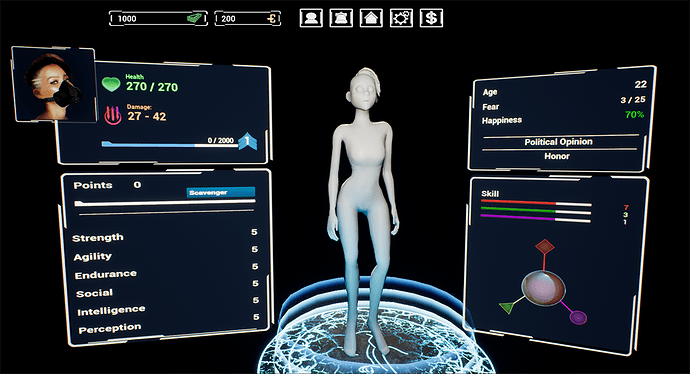 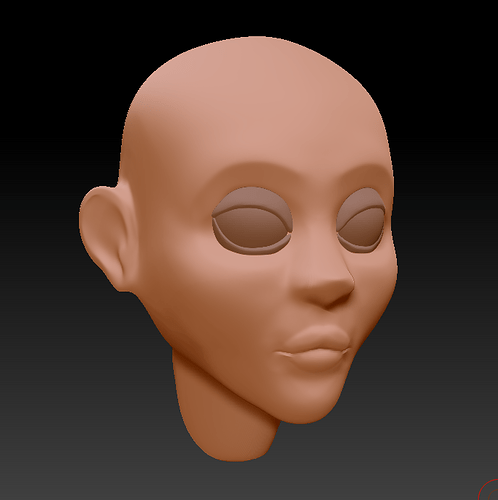 Alright! I made a blurry radial gradient particle that spawns a single particle and lives forever! to better blend the scene ellements! Also made some smoke particles to remove the staticness of my menu, a moving character also helps so I took a quick animation from Mixamo!

The GUI looks simple and clean for me - nice work!

It’s been a while, Time hasn’t been on my side lately! Exames and still looking for an internship for september it’s frustrating

Anyhow a little update! I’ve been working around the main character some more! I relised that stylised might not be the best aproach! So I switched to a more realistic one! So far the main character looks like this! I plan to make more clothing features so you can switch to your preference! And make 3 Body types per gender so you can adjust to your liking! I also made a gun, which still needs finishing! I don’t know when I plan to do this…