I always had ideas about Sci-Fi game that would show quite a few spectacular space scapes and alien planets, thanks to UE4 in which I can at least try to make my ideas come true. I’ve got inspired by Gravity, Guardians of the Galaxy and of course Interstellar.

Ideas that I would like to add into my project:

No promisses though, I am not a programmer or 3D specialist who have an unlimited knowledge in them, but I’ll try, at least. 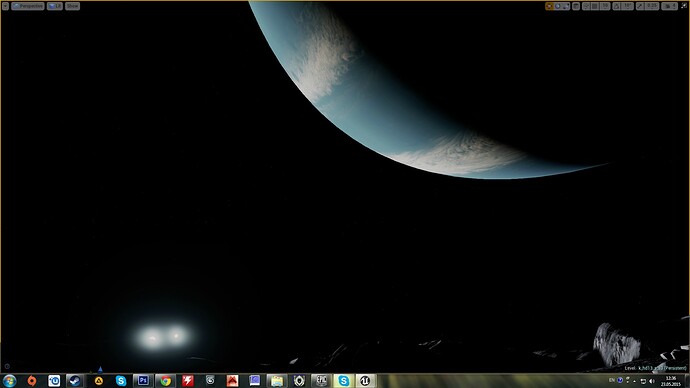 [UPD] 12.03.2015
Working on Satellite model for Location. It’s made for gathering info about Deep space and Exoplanets. 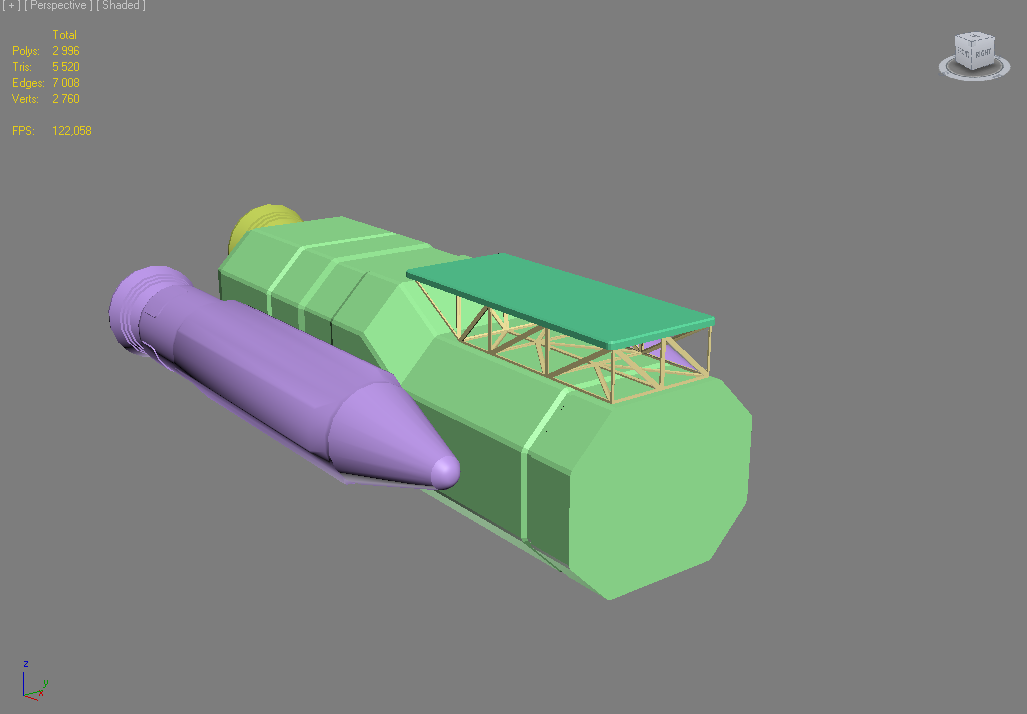 Pretty cool, I love that gas giant in the background.
The space satellite is okay, but i think it needs some more detail but that is just me.

AHH, I can’t view the pictures on my work computer. Just bumping the thread and subscribing for later. Can wait to check it out. 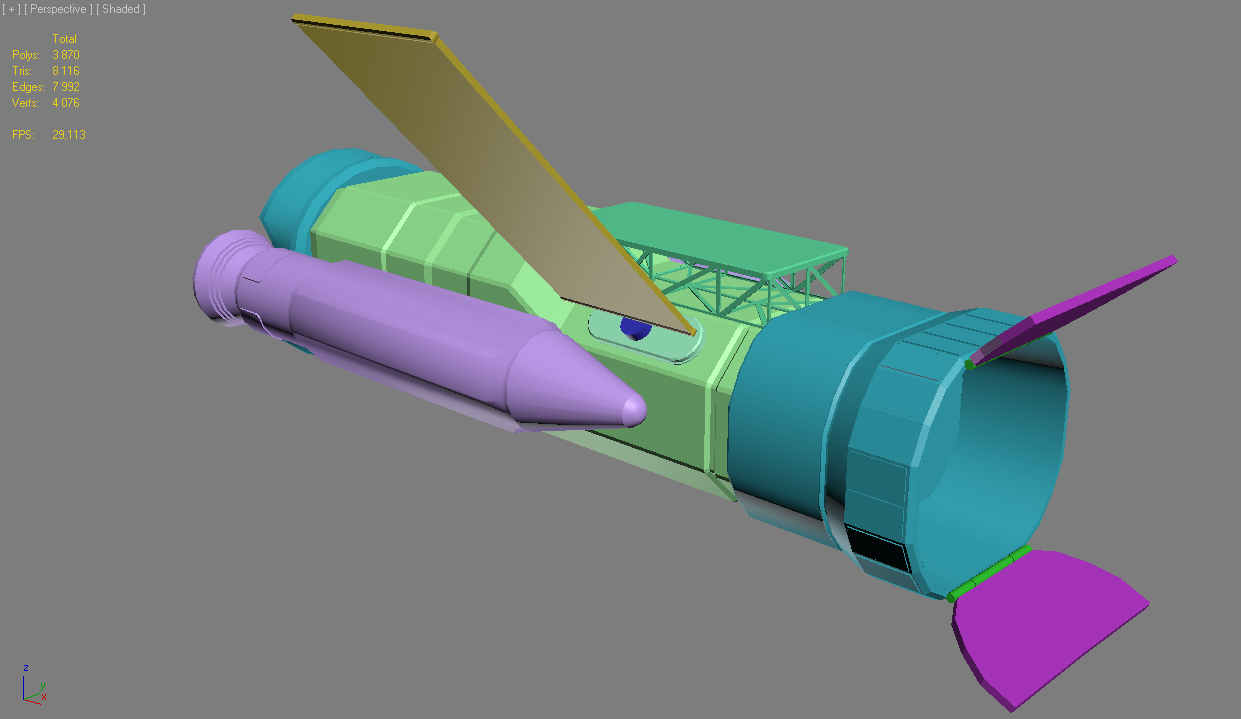 I’m not a fan of Super high poly models because I dunno how to fix topology on models and stuff. 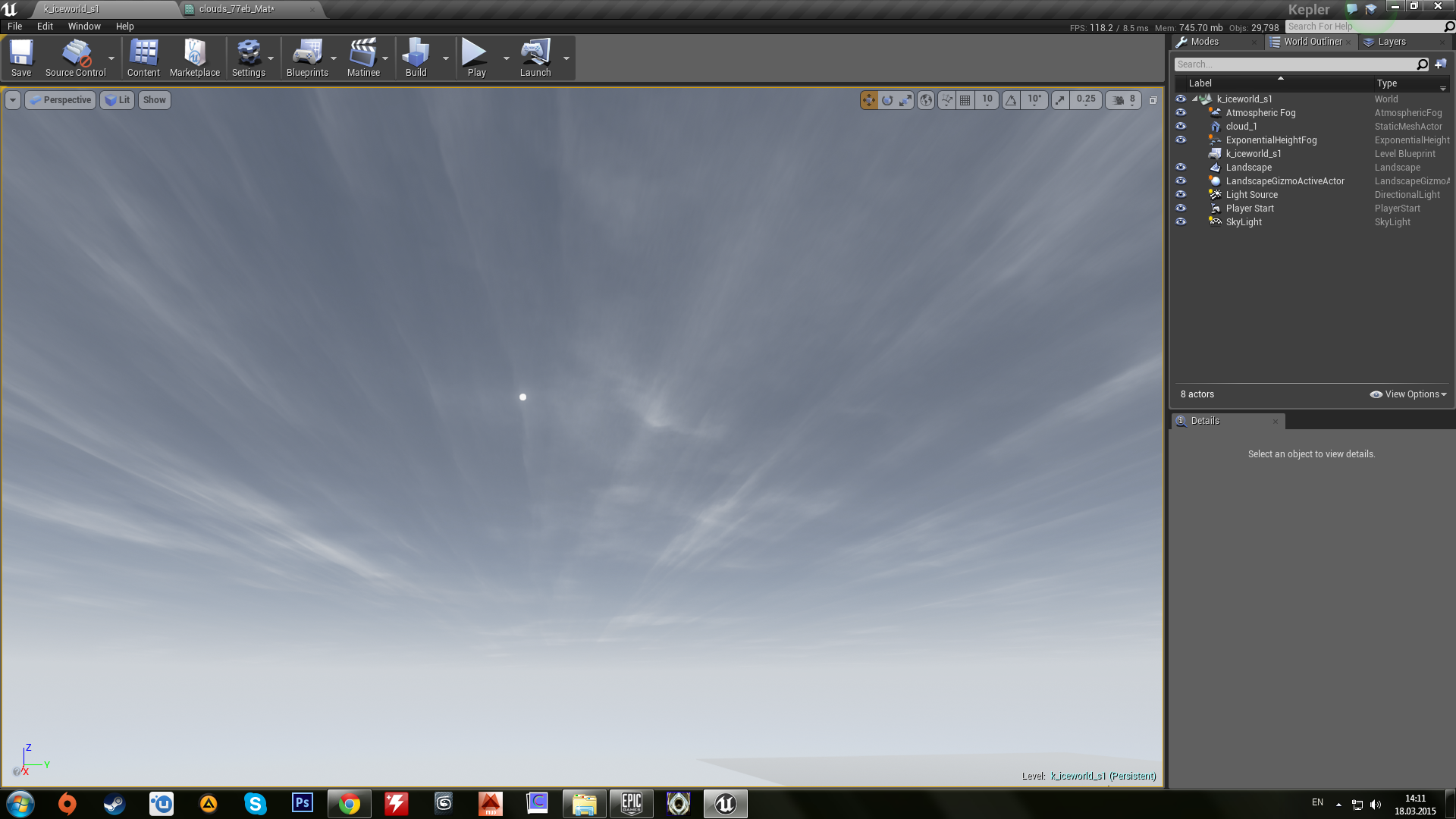 Would like to see some feedback, tips & tricks for Clouds. 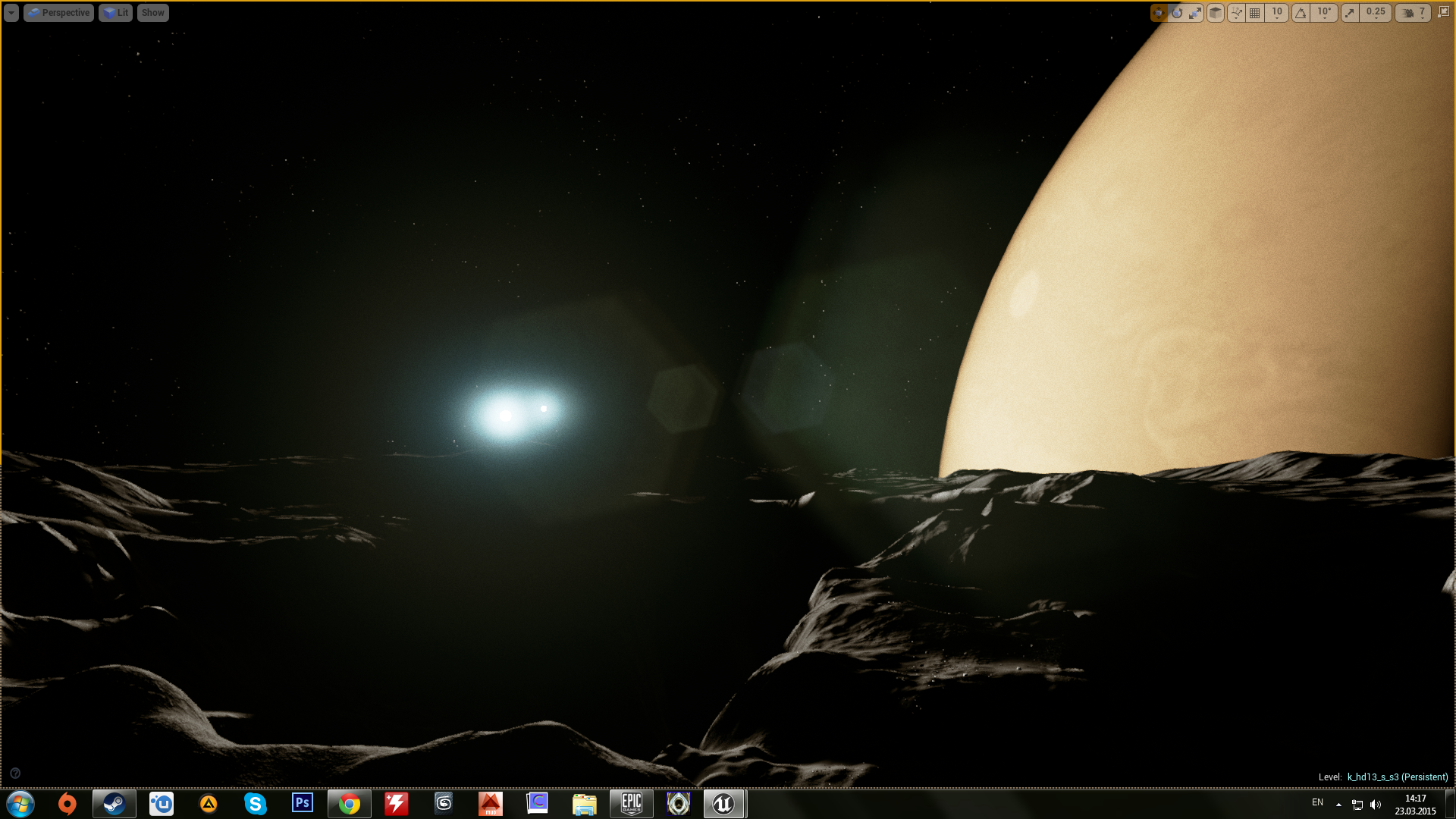 Need some help with adding Objectives, tried to search in Google got no results.