Example of a Blueprint for a Splitscreen HUD. 4.16

I Have been followed this Video Tutorial. The video is a older version. 4.13 I believe and I’m using 4.16.3

So I’ve been trying in vain to get this to work. I can only ever get the HUD to show up on the first player. Even when I’m using

Any other Split Screen Help/Videos/Tutorials/Blueprint would be fantastic.

Thanks for the time. 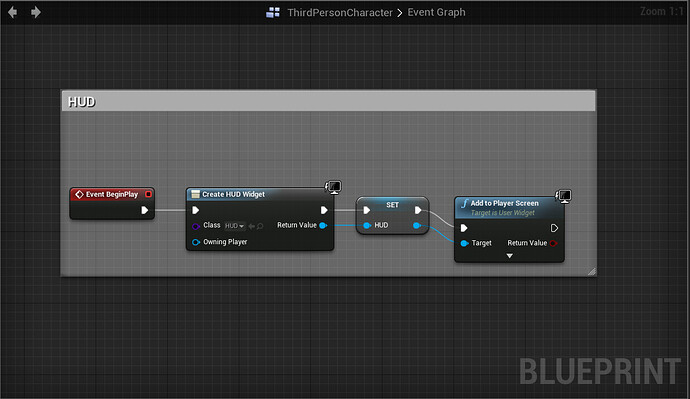 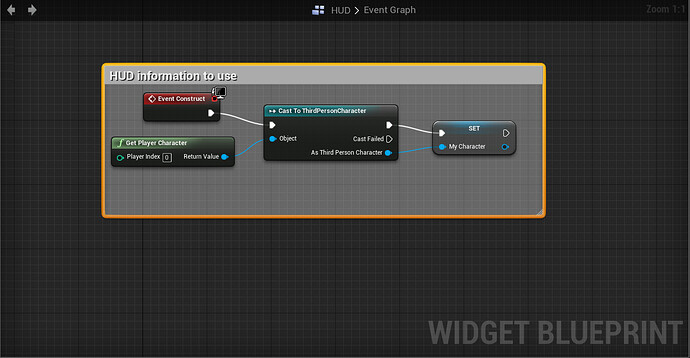 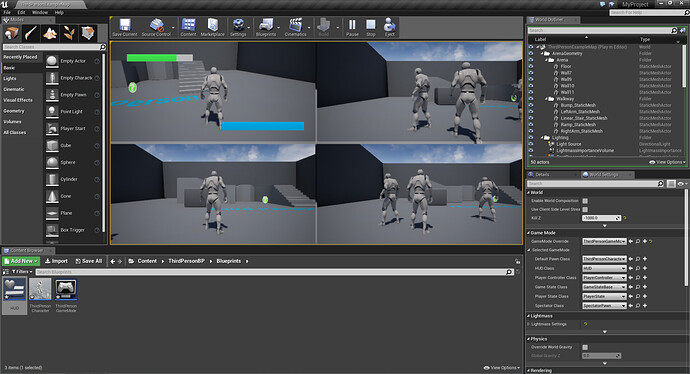 Thank you, Thank you! I don’t know if it works yet but I will be giving it a try.

Edit: I seem to remember that the Video Tutorial had me use that as well and I was following a written one that didn’t use it. Again thank you for the help and direction. But I’ll remake it after work today. Thanks.

Well here I am again.

I went and created a player controller to no success. Same results. Any other Ideas?
Thanks. 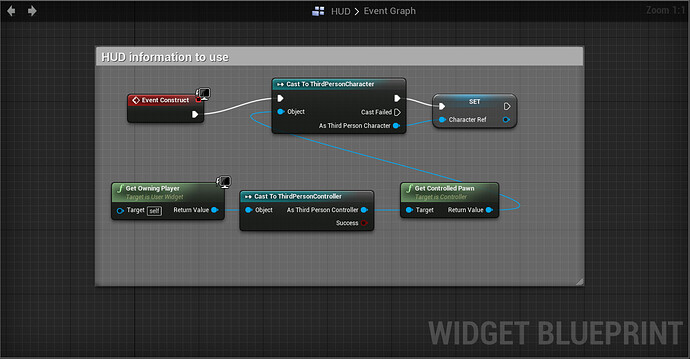 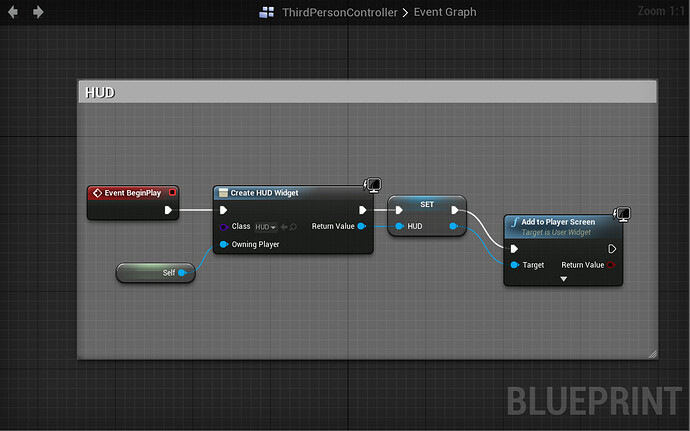 try creating your widgets in the player controller, or the HUD.

the character might not be possessed yet on begin play, so it may not have an owning player. some characters might be controlled by AI, and all characters exist on all clients, so many instances of a character wont have a viewport to add widgets to. HUD exists only on clients, and player controller is on both server and owning client, so those places might be better for spawning widgets.

ideally, in the player controller, instead of “Event Begin Play”, you would use “Event Received Player”, before spawning widgets, because that is when a player controller gets a viewport. but this function is not exposed to blueprints for some reason, so you can use event begin play, with a small delay, like .1 seconds, before adding any widgets to the player screen.

Called after this PlayerController's viewport/net connection is associated with this player controller.

or maybe try OnPostLogin from the GameMode, to tell the player controller to create the widget.

You did it Sir ScottSpadea!!!

Thank you so much! It needed that delay to trigger to get it to work. I tried the OnPostLogin from the GameMode first and it didn’t change anything. But that Delay worked like a charm.

Finally! I’m so happy to move onto other problems that arise. 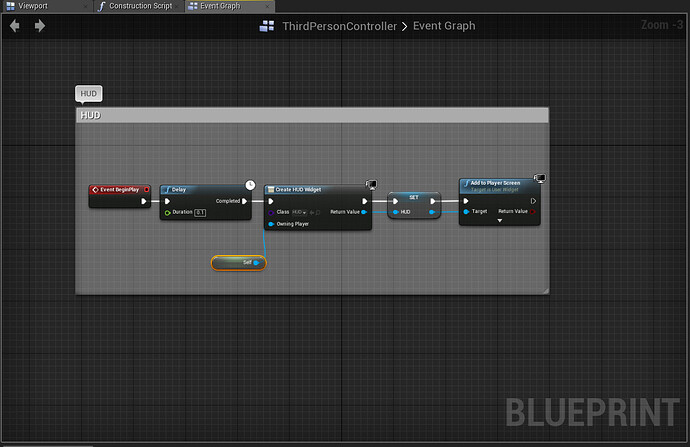