Event Timer does not count correct

why does it show not the number “1”?
Everthing works when i change the time in the “timer by Event-function” to 0.1.
I know that this can not be activated so fast, because i have a bad PC but it should exist a way to count the time in 0.001 seconds. 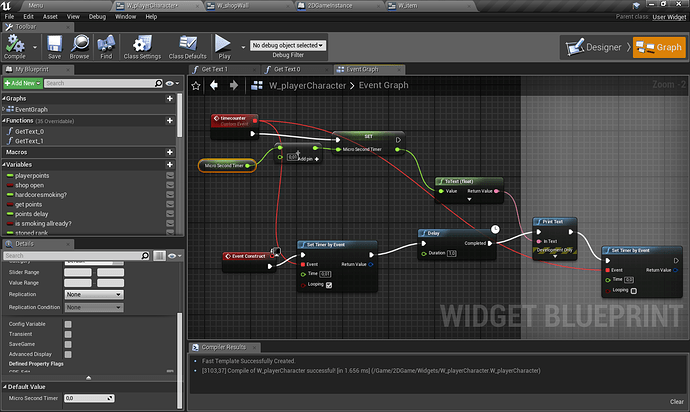 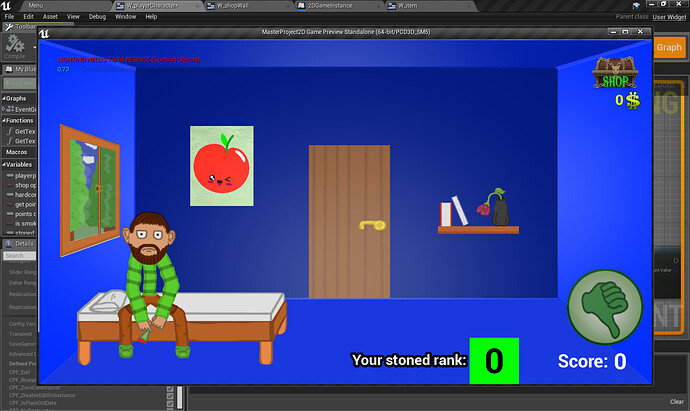 the value is in every new test-starts different.

I want to have a counter, that gives a true specific value with 4 places behind the comma.

It also appears you may be trying to clear the timer on the second set - you can just clear and invalidate the handle returned from the first.

I’m not familiar with the accuracy of the tick rate on these, I think it bases it on a per-frame count to see if it’s close to the requested rate, so to avoid blocking (like the delay function), but I think someone else can clarify that.

There no sense of time in CPU it can not execute something in very specific precise moment of time, instead CPU can only check time by checking it at loop, and UE4 specifically do this on each frame. So if you set timer to 0.001 which would be speed of 1000FPS, it will practically execute on every frame or even start to bug out, so the maximum precision of timer is same as ms counter that you see when you type in “stat fps” in console. Even if you runs some other timer on other thread, there no guaranty it will give you precision of 0.001 as there no guaranty that OS will run your thread in right time on CPU

But UE4 provides delta time on tick (and many per frame events) which is estimated time passed between the frames, it is most precise timer you can access in blueprint and if you add up delta time on tick you effectively will count time. IT allows to do most pricise time calculations in blueprint, like stat smoothly changing per frame. checking timer estimate should be give you same result too.

While you are providing the details on tick delta timing, I don’t think it’s quite the same as what the original question referred to and really shouldn’t be used to try and maintain timing as in the OP (adds quite a bit of bloat to accomplish relatively the same outcome?)

Using tick to track elapsed time is okay in small scales - it’s something that basically says, “hey, since the last time we updated, how much time has elapsed?” I think his question was more towards, “Hey, let me know every (x) ms so I can do something in that timing.”

Getting delta time is plausible as you mentioned in various functions, but to try and maintain a semblance of execution at steady rates, tick is not the best place whereas functions, such as with timers, give you better control without said bloat.

ah ok, i needed the precise time of 0.001 seconds. But it is an unimportant additional function (future) to my game so i can remove it. thank you two for helping and i will remember all the given informations for the future.

PS: I appreciate all the corrections you give to me