Thanks, but I have the same solution for now (please look at my image) - but it doesn’t want to work

How are you setting Variable?

I often found myself in the position when I needed to do something once, and then do something else repeatedly. So instead of using bool variables and having lots of variables that are used only once, I made a macro I called Half Gate:

You can recreate it if you often need this type of behavior. You can reset the macro whenever you want, and you can set the number of initial actions.

In your particular case, if you only need to perform the first and the second action once, a MultiGate may help you:

But if you need the first action once and the second multiple times, my marco will do the trick just fine. 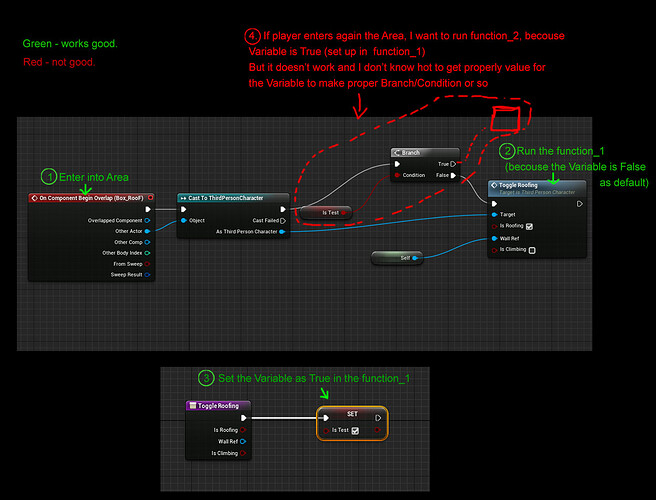 From the cast, get the “IsTest” variable from the character and connect it to the branch.

Yes… this is probably the solution.

But something like this is ok? Becouse it seems ok 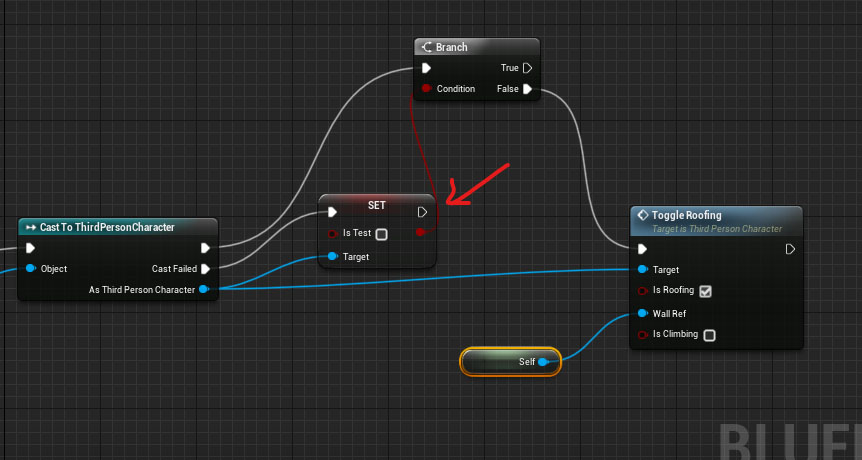 But I still don’t understand one thing: do you have “IsTest” both in the wall and in the character BP?

Thanks for the picture above - it works now.

And yes - I have ‘IsTest’ in both BP -Wall and Character. I know its nonsense but I was looking for any solution. Probably now I can delete ‘IsTest’ in Wall_BP

I’m setting Variable in different blueprint (Character plyaer) - in its function_1.
And seems first BP (Wall_BP) doesnt read it.
You should see evthg on picture (now you should see it, becose there was a problem with uploading it earlier).

Can be any problems with communications beetwen blueprints?

Becouse I have 2 Blueprints:

Im setting Variable in the second one (in its function_1), and want to send it to Wall_BP, but the it seems Wall_BP doesn’t read it or so…

If IsTest variable is in the character, then:

Just like @EvilCleric is showing. You need to get the value of IsTest from your character. The one you have plugged in is a variable from your wall blueprint and it’s always false because you never set it. Two different variables in two different blueprints, they have the same name and that’s probably confusing you.
Why not remove player from this all together? Let the wall handle all of that when it has too.

Here’s how I would do it for your setup. 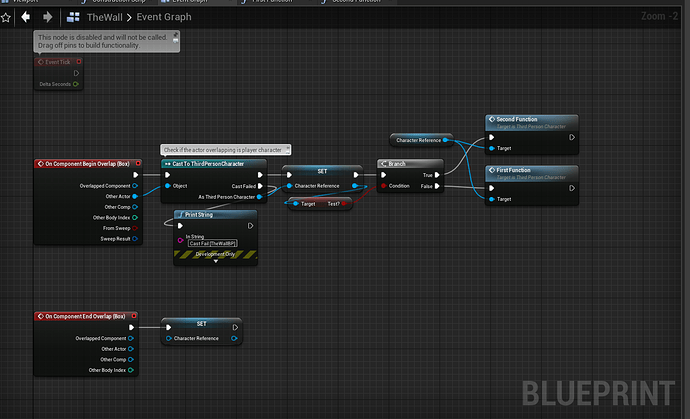 And here’s how I would do it. Just have the functions inside the wall itself and call them when needed. You don’t really need the cast, unless there might be different characters hitting the wall, then leave it. 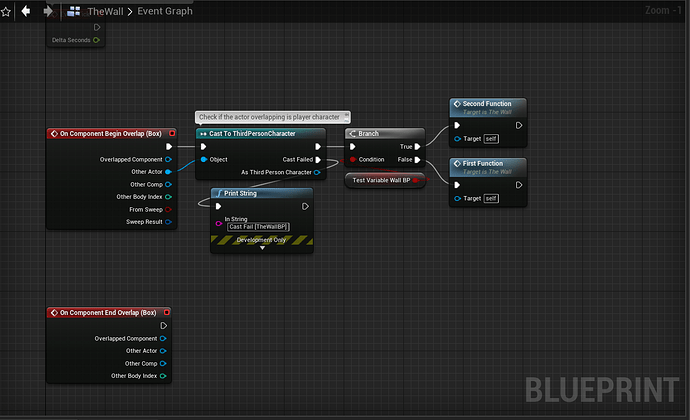 Great, thanks for help. I will choose some sollution.
In the future I would like some AI hitting the wall