Eternity - The Last Unicorn (PS4, Xbox One and PC Game)

Eternity - The Last Unicorn is a fantasy action game based on Nordic mithology and it has been developed using the Unreal Engine 4.

It is a fixed-camera, third-person action game with puzzles and RPG elements.

Aurehen, the protagonist, wields the power of a magic flask that allows her to purify the paths touched by witchcraft whilst she goes on a journey pursuing eternity. There will be other playable characters as well other than just the protagonist.

The player will be in charge of the two characters Aurehen, the elf, and Bior, the warrior, whilst exploring large environments and being able to collect unique items in order to level-up battle weaponry and further increase their power. The quick-time event system makes battles and puzzles even more fun. 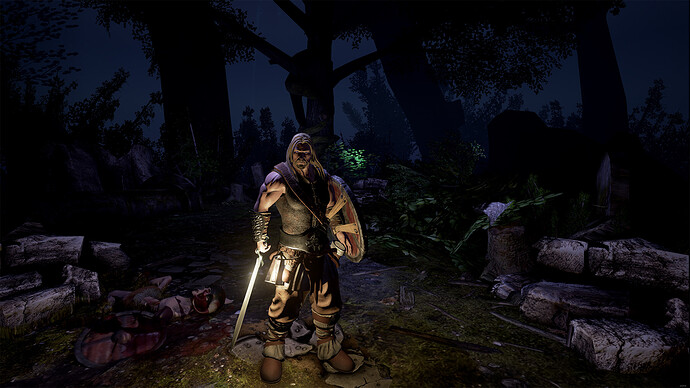 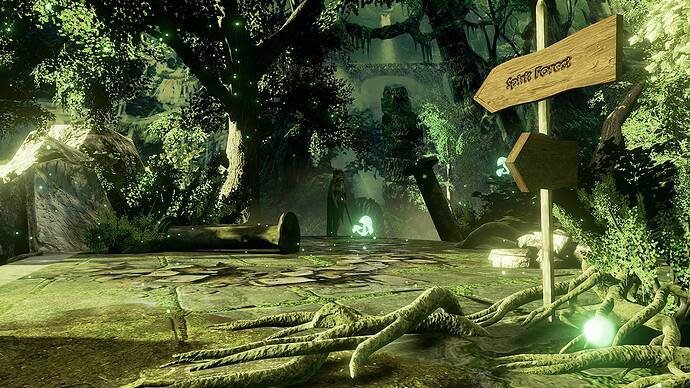 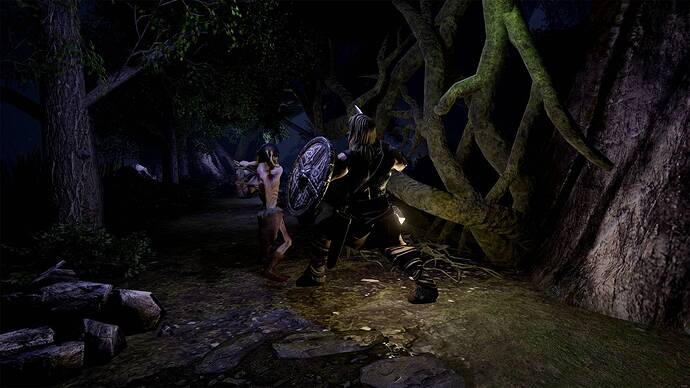 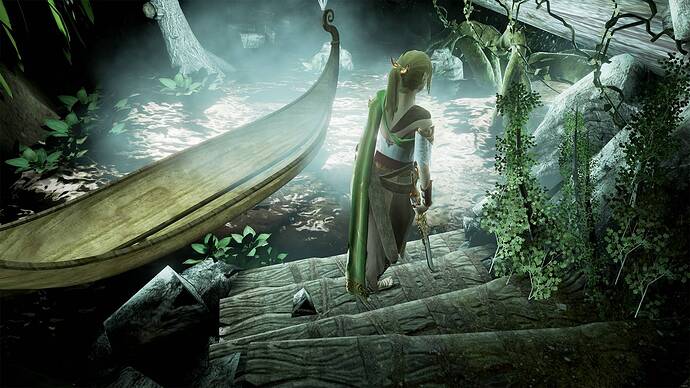 Please Support Us
We’re actually in Steam Greenlight, you can easily help us voting in our game if you like it!
http://steamcommunity.com/sharedfiles/filedetails/?id=567003250

Nice, voted for you on Steam

The environment art is interesting - moody and almost dream-like. The lighting in some parts in the trailer was a bit extreme for my tastes though!

How long did it take for you/your team to make the whole thing?

Thanks VSZ, we’re working in this game about 1 year

Every time someone likes the environment I have the feeling of mission completed. I’m the level designer of Eternity and all comment help me to make the game better.
Thanks VSZ, I will see the lights again, maybe I can use more softly.

Please make yourselves comfortable in commenting about the game, we want to make improvements and your opinion is very important for us.

Just wanted to say congratulations on being Greenlit! Great work.

To elaborate on my comment about the lighting - I didn’t necessarily mean it was too bright - more of stark contrast with some parts (in the video at least) appearing totally dark/pitch black. Also maybe you can add a video focusing on just gameplay for the community to provide combat/gameplay suggestions in advance.

Best of luck in completing dev and getting the product onto Steam successfully!

Thanks for your support VSZ, we’re really happy on being greenlit, now our game will be released for PC, PS4 e Xbox One

We will provide a video focusing in gameplay soon, thanks for all the feedback.