Error for invalid index of -1 on array that only shows up after packaging.

I have a working project that loads entries from a data table puts them into an array that appears and is interactable in game. It works as intended while working in the editor but once the game is packaged it seems to break and I am not sure why.

The logs show the error “LogScript: Warning: Script Msg: Attempted to set an invalid index on array CardSlot_1 [-1/2]!,” which would seem to indicate that I am somewhere deliberately trying to set the -1 value of the array “CardSlot_1.” I resize the array and populate it with values from a data table, 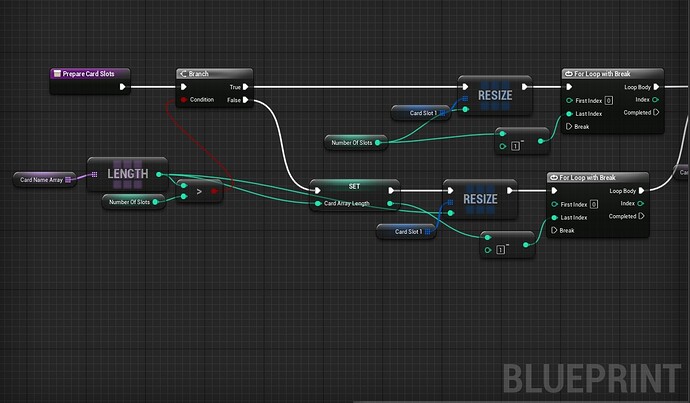 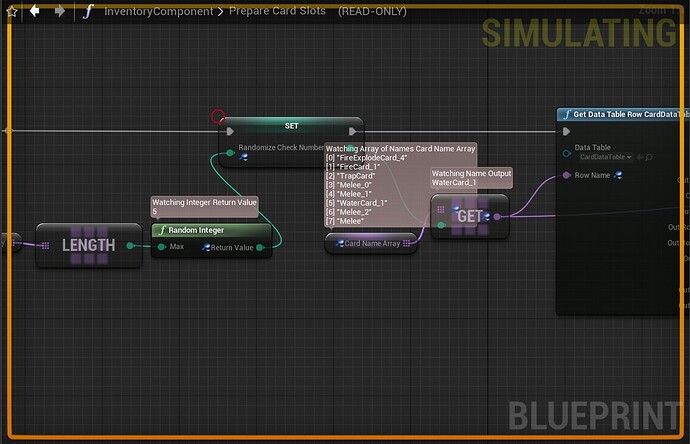 I have looked through other areas where the array is getting called and set but I have not found a clear error (and the in project I am not getting one as everything works fine.)

One thought is it might be a load order issue after packaging where the data table is set later in the packaged game. I tried setting an isValid node, but that comes out fine.

So maybe some clarity on what the error of attempting to set the invalid index of -1 on array might mean. I am unfamiliar with C++ and what might be going on here, is -1 on an array the last index like in Python, or is there something else going on here?