Error after compiling source code and how to start chaos

hello everyone，I tried to follow the official tutorial, but when I went to the mode instance, I found that creating any project would result in an error，As shown in the figure below 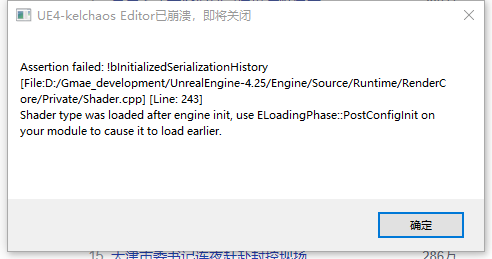 1.png1202×161 4.57 KB
Shader type was loaded after engine init, use ELoadingPhase::PostConfigInit on your module to cause it to load earlier.

I feel it’s a shader problem, but I don’t know how to fix it