So, while I was programming, I noticed while testing that something didn’t work, but when I go check what happened, I found out something very awkward (see the images). I have no idea why this happens, and the strangest thing that I found, is that this bug only happens sometimes, in other words, if I test my game once, the bug could either happen or not. I don’t need any help for now, I programmed a different code that ends with the same result and it worked, I just wanted to let you guys know about this bug. 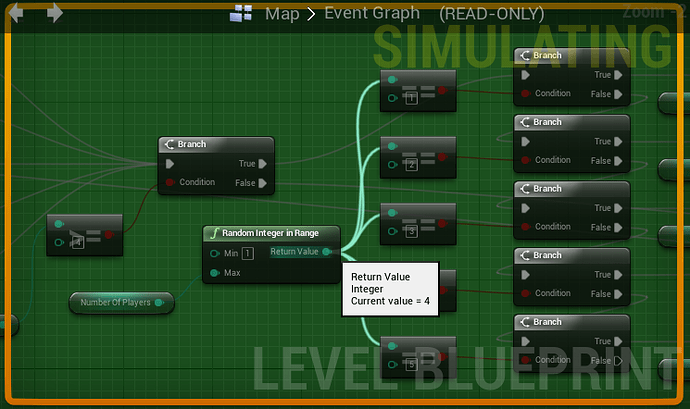 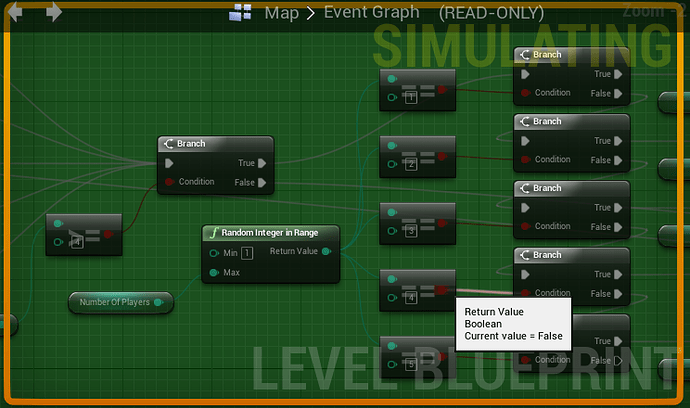 I actually think this is working as intended.
To the best of my knowledge, Random Integer in Range is re-evaluated (and generates a new random number), each time the upstream links are evaluated.

As a result, in the code you’ve shown, it will generate a different random number for each of the if statements it encounters, rather than the same one each time. It’s a subtle gotcha, if you want to use the same random number more than once, you have to store it in a variable first.

Pure functions - those without execute wire going in and out, getting evaluated every time when their output used.