Backstory:
In the beginning, everything was a cloud of gas, chaos and darkness. After eons of effort, the first drop of water was created by a deity named Jiang Ku (江沽). However a god named Lang Da Zi (浪荡子) swallowed that drop of water and died. His body was split in 5 forms, Metal, Wood, Water, Fire and Earth. From the elements was born Pan Gu who split the heavens and the earth before he eventually died and his body became the Earth. However mankind has yet to be created at this time. From the 5 elements and animals were born demons and gods who fought each other until a great flood overcame the land. From this great flood, two dragons one black and one yellow fought a great battle. A goddess, Sacred Mother Wu Tien, helped the dragon defeat the black dragon. In gratitude, the yellow dragon laid 3 eggs which the Sacred Mother swallowed and gave birth to 3 gods, Heaven, Earth and Hell. Later from the flood came 5 dragons who found a gourd in the Eastern sea. Wu Tien opens the Gourd and found two humans, Fuxi and Nuwa, and tells them to copulate and thus humans were born after the flood waters recede.

We are still actively hiring especially for Gameplay programmer as we are looking to add new features and optimise existing features.

Hello,
We are seeking Unreal programmers to help with our team to develop Epic of Darkness(EoD). This will be paid job. EoD is a base building game that let players to fight each other in real time battles. Heroes will lead the battles. The picture attached is one the heroes. 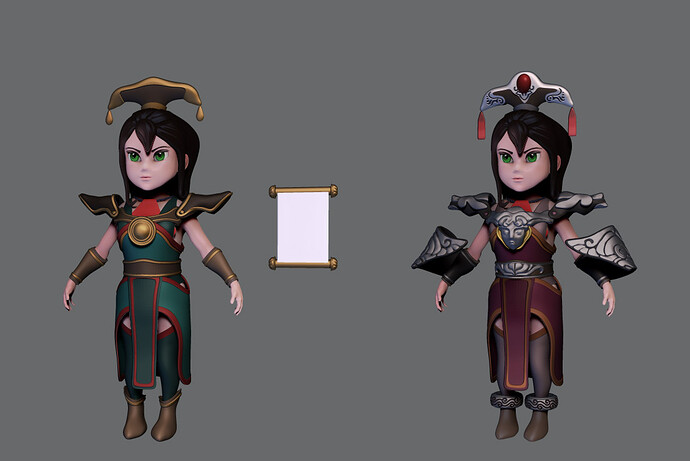