I am unable to install the Epic Games Launcher. Whenever it comes to the “install DirectX” step it shows me an error message, something like “problem with a Windows install package” and does a rollback of the installation.
I have made sure my DirectX and the MS redistributables are all installed and have the latest updates. My PC has installed the latest Windows 10 updates, and my graphics card is also up to date.
I would like it installed on my HDD drive which is not the C:\ drive, but it does not make a difference anyway. I tried installing it on both drives, same error, no matter on which drive the .msi file is located or on which drive I am trying to install it.
I have also tried disabling my antivirus software for the duration of the installation. I have never had MacAffee on my PC. I have tried every fix I was able to find before posting this question.
Here are my installer logs and my dxdiag.

Issue seems to be trying to install DX11 on Win 10.

You can get the DX Install to “Pass” by deleting all the files from the DX Install folder other than the .dll and .exe, but I haven’t found a way to do this when using the .msi installer for the epic game launcher.

I am able to do this for the stand alone DX install and that works fine.

i have the same problem. My pc is up to date and i have all directx updates. I sent a mail to player support at least 2 weeks ago didn’t get a answer.Also i started a question but it recieved no answers.
I just wanted to play a game but it’s been weeks and i still couldn’t get a answer.

Oh, so I was able to get it to install by editing the msi installer and removing the instruction to run the DX installer. It’s not the best solution but it worked enough to get the launcher to install. That said, once the launcher has installed it failed the Self Update so it was all a waste of time for me and I’ll just end up doing what I should have done in the first place and forget Fortnite and get PUBG.

But either way in case it helps anyone else, below is the link to the edited msi I created and the steps to edit yourself if you don’t trust some random person’s msi installer out on the net (and you shouldn’t!).

Download the latest installer (for me it was epicinstaller-7.2.1.msi) and save it to an easy location on your computer (eg *C:\Working*).

Now find and delete the following from the xml file,

Edit: This site screws with the formatting so I’ve posted a picture of the code 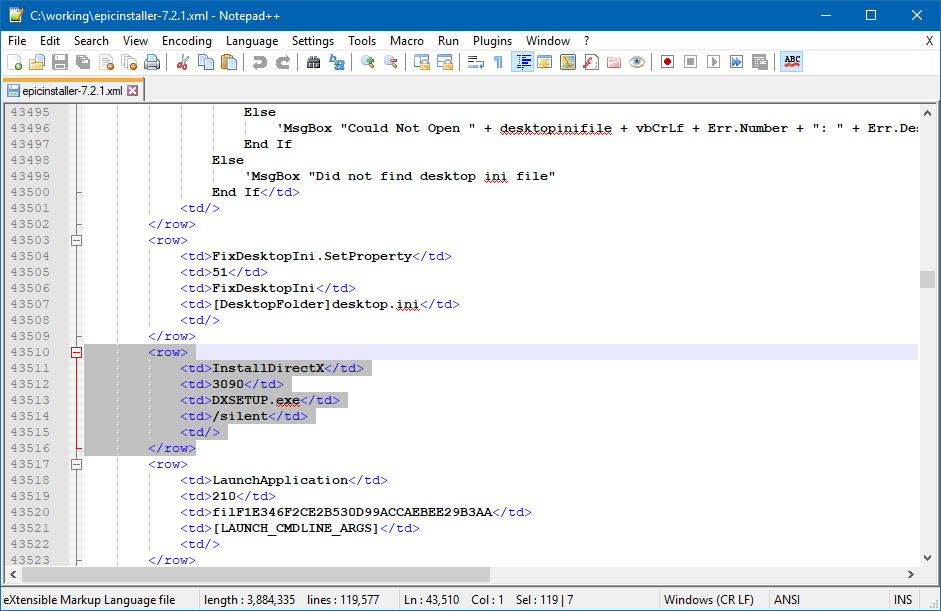 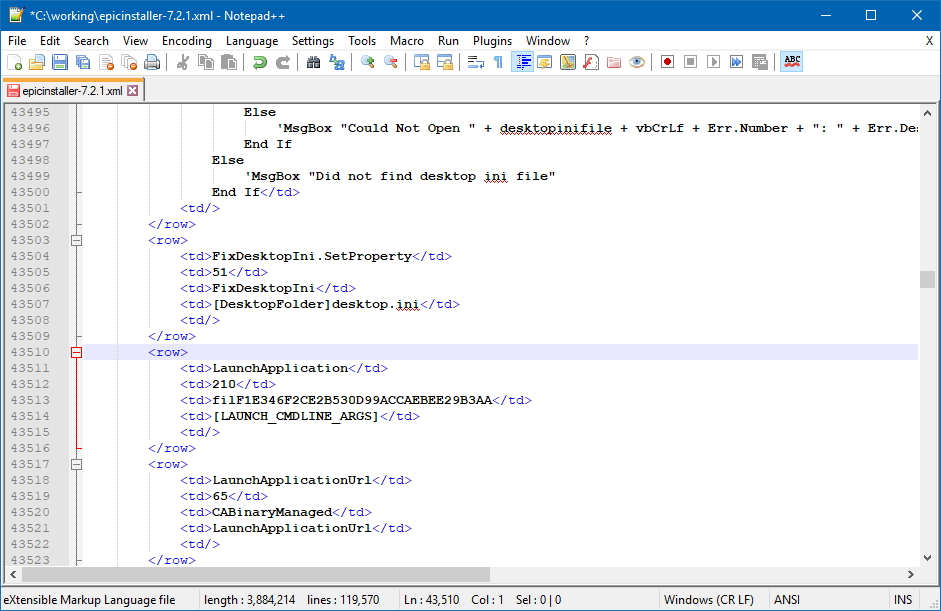 Save and close Notepad++.

Once that’s done you should be able to use it to install.

Of course I now get another error and I’m giving up on Fortnite. PUBG it is. 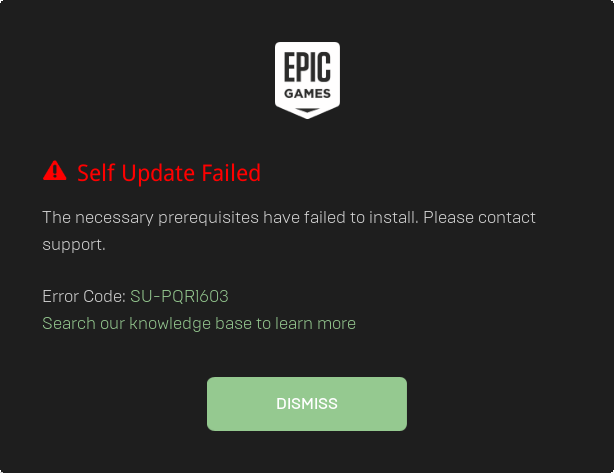 I tried your method but after using the xml2msi command, the new .msi file returns this error upon executing it. It says something about an error with transformation paths. I am not sure what transformation paths are.
Curiously enough, I get the same error when using the file you provided.

the EpicInstaller should work now, or after a restart

This worked! Thank you!

Follow up questions:
Why does this work?
How is it you found a solution and Epic does nothing, not answering tickets, nothing?
And how will this affect other games or DirX updates in the future?

i’m hoping that future updates will work as they should now, but i’m not sure why something went wrong in the first place so i guess it could just happen again; think it might have something to do with the Windows 10 upgrade process…

I got the same error while installing EpicInstaller-7.7.0-unrealengine .
maybe, permission on selecting FULL CONTROL is not enough for my case.
After trying the solutions from forum, it looks fine by these steps.
(I guess… maybe it’s fine now ?)

I tried a number of other solutions, including trying to resolve installing the DirectX redist directly and trying to resolve the errors coming out of that to no avail. This was the only way to get the Launcher installed.
During my attempts to fix the issue with DirectX I discovered I had the June 10 Redist on a lot of install folders for Steam games and none of them attempted to install it - I assume because of newer versions of DirectX having been installed, which leads me to wonder why Epic didn’t make the DirectX install for their launcher optional if a newer DirectX is installed.

Again, thank you! Your solution was the only one that works for me.

What do you do after step 5?

hi, the EpicInstaller should work after step 5, or after a restart

Is it like this? because when i did it it didnt work

must be another issue, sorry, almost certain this won’t make a difference but my
(Default) string data is (value not set)
which can be done by right clicking (Default) and clicking delete
which sets it back to its default (value not set)

Thank you!!! It worked! After the installation of the client, is it possible to return the number in Version as before? Or we have to keep those number changed?