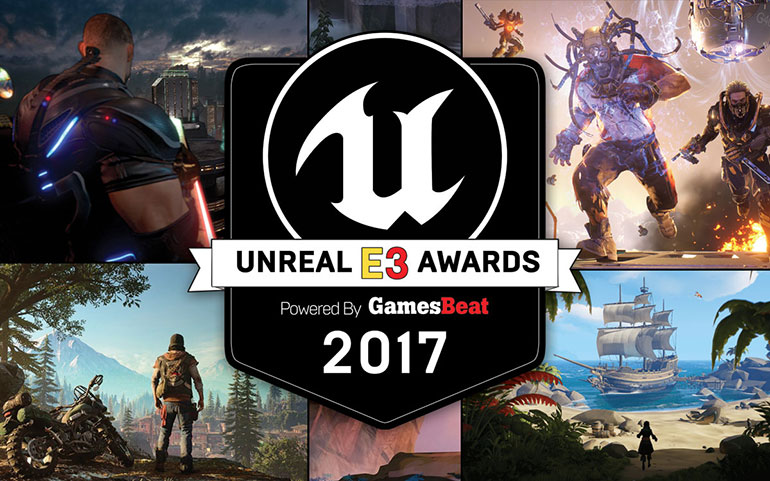 E3 2017 is just around the corner and Epic Games and VentureBeat are excited to announce that the Unreal E3 Awards by GamesBeat will be returning this year! The awards will honor the most innovative, creative and visually-stunning Unreal Engine-powered games on display at this year’s show.

Each winning team will receive an NVIDIA GeForce GTX 1080 Ti graphics card provided by NVIDIA. Interested developers can submit their game for consideration by emailing e32017@unrealengine.com. Of course, we appreciate that many of you have E3 surprises in store, so don’t worry - any confidential details provided in your note to Epic will remain confidential!

On top of that, we’re holding a casual meetup at the Golden Gopher after expo hours on Wednesday evening. Join us and other developers for great discussion, drinks and your chance at winning an NVIDIA GTX1080 Ti graphics card courtesy of our partners at NVIDIA and other Unreal Engine swag! Here are the details:

Where’s the list of all games built with Unreal Engine?

I made quick list of engines used by “prominent” E3 games. All the games listed at e3recap.com
https://docs.google.com/spreadsheets/d/1AAAeTiwDxi6QDEHql0BInwU-RaI26DXolYFJBTINQ38/edit#gid=0

Unreal’s twitter profile pointed me some games. But maybe there are few more “unrecognized” UE titles in this spreadsheet?

Hey Epic! Are you going to be at EGX Rezzed in September in the UK?