UE4.27. What is this error? The circles and boxes represent Static meshes (50 - almost 99% of meshes) will not load/display. Even Epic’s default cube, some are invisible now. 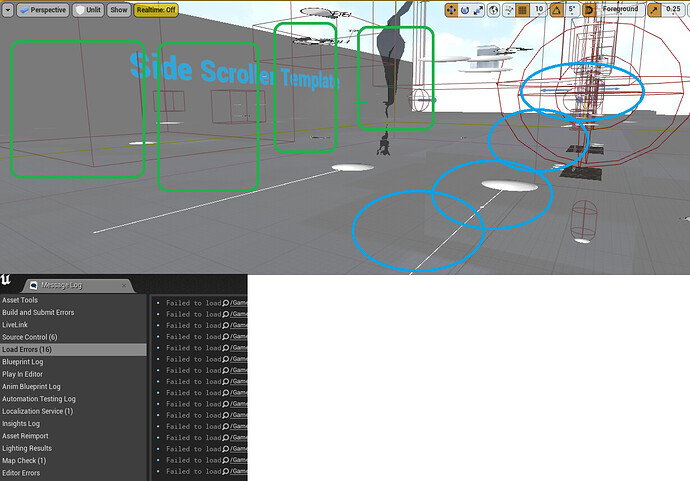 Even Epic’s default cube, some are invisible now.

First verify the engine files from the epic launcher: 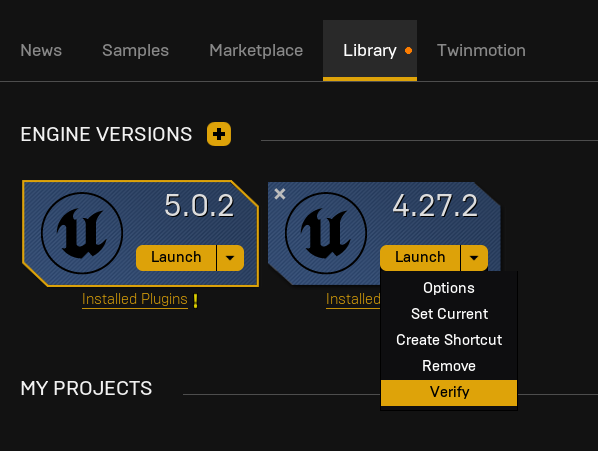 After that reboot the problem project and post the entire generated log stored in your project folder /Saved/Log.

Thanks for that fast reply. I was scared.
I just found the error: user error = Do not set Preferences > Near Clip Plane to 0. 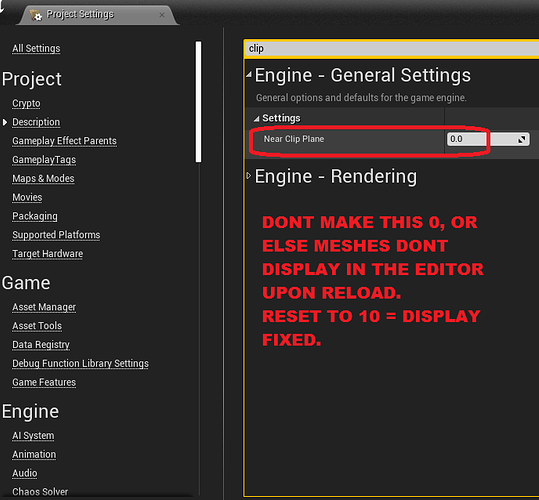 Context: In a prior thread I asked about help, meshes were getting clipped off, thus I couldnt zoom in enough. A mod said I could change the Near Clip Plane, but shouldnt.
(I didnt know why, and the change doesnt occur until restart. So I set to 0 to test. Forgot it was this. Thus I was surprised.)

How to zoom in closer in Static Mesh window without clipping? Asset Creation

UE4.27 I open a Mesh in its window. When I barely zoom in, it cuts off like 100 units before I touch the mesh (clips = surface goes invisible). Yet in the Editor window, I can zoom in very close, ~10 units, without clipping. What setting in the Mesh preview window do I change to fix this? (to be more like Blender, where I can zoom in very close to see the detail of the texture applied) Please show a pic of the Tab/Setting (a Market asset overwrote my Preview settings/lighting). Ty

Now I set it back to 10, and the normal display is back.
I’ll wait a little while if someone wants to give an explanation (to claim as the solution) about why Near Clip = 0 does this (or why 0 is allowed), and what is the lowest safetest number to use? Ty

The information I can find is that the near and far clipping range ?defines? precision of depth calculations. Just don’t use 0 then

How do I avoid z fighting on my meshes when viewed from a distance?

Near Clip Plane doesn’t do anything

Thanks! Those links answer a question I havent asked yet, and also explains better what Near clip is intended for. (Just dont go 0 for most cases.)
Edit: also hopefully this info saves someone. I was scared. Glad that the community had fast trouble shooting ideas.