I’m pleased to announce that the EnjAPIQuery Plugin has been released!

The EnjAPIQuery Plugin is made to help game developers using Unreal Engine to send queries to the Enjin GraphQL API.

You will be able to access Enjin’s Mainnet, Jumpnet and Kovan Testnet with this plugin.

Cryptocurrency is growing more and more and 2021 is the year of NFT’s!

It’s time for you to upgrade or create your own game by combining Enjin’s based gaming platform and the powerful Unreal Engine!

Enjin is making it accessible to anyone to create a NFT game today.

Create tokens that can be used across multiple video games & platforms from PC to mobile at ease thanks to the Unofficial Enjin API Plugin. Allow your players to have true item ownership of their in-game items! Fear no gas fee and low speed transactions thanks to the Enjin Jumpnet.

By using this plugin you will be able to use the Enjin API with Blueprints! 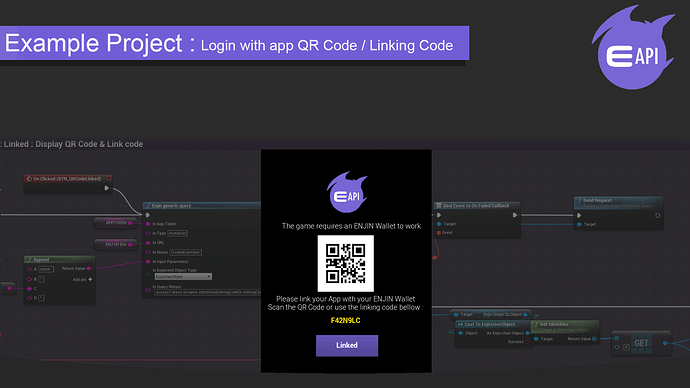 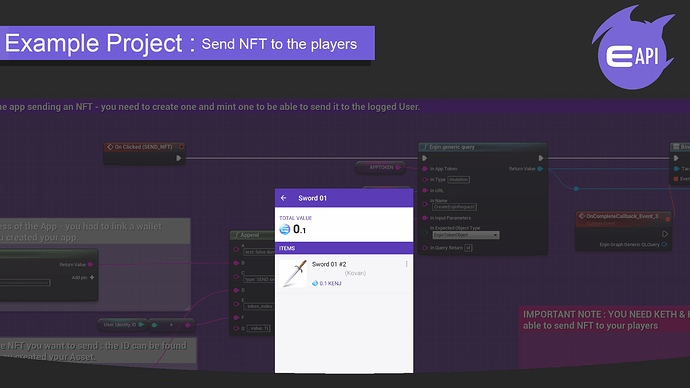 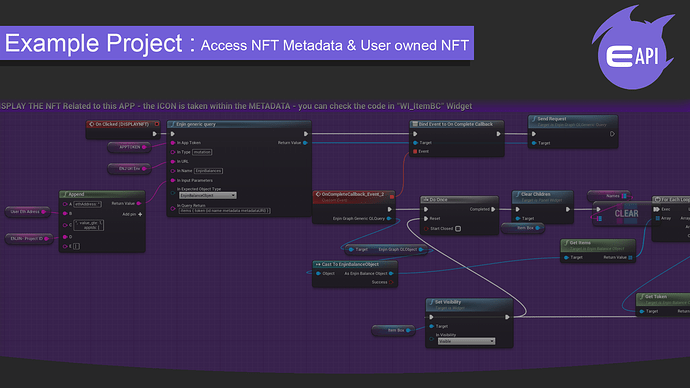 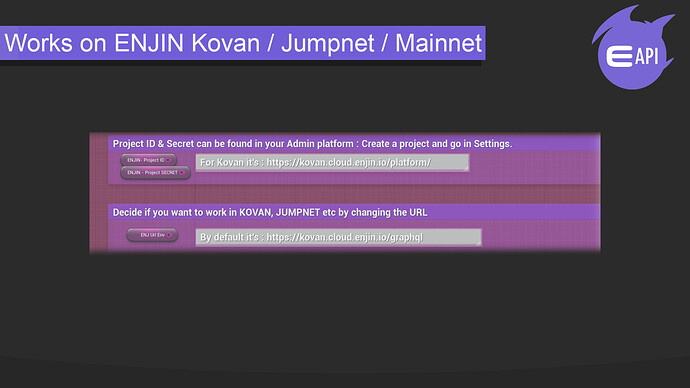 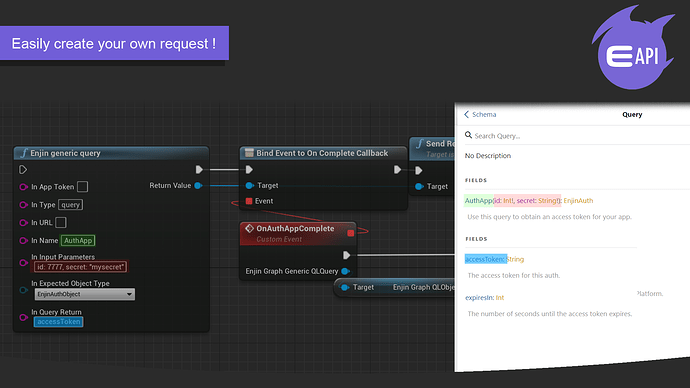 Documentation is available here: GitHub - cman-dev-ue/EnjAPIQueryPlugin: Documentation for the Enjin API Plugin on the UE Marketplace</