I tried creating a c++ project, but this message pops up before letting me create it “Engine source code was not found. In order to use a C++ template, you must have engine source code in Engine/Source” i have checked if the source code was there, and it was, i have veryfied the version of unreal, reinstalled it, installed a new version, always checking the source code was included in options, i’ve tried opening unreal directly, skipping epic, i’ve verified visual studio set up and even updated it, and the message still appears no matter what. 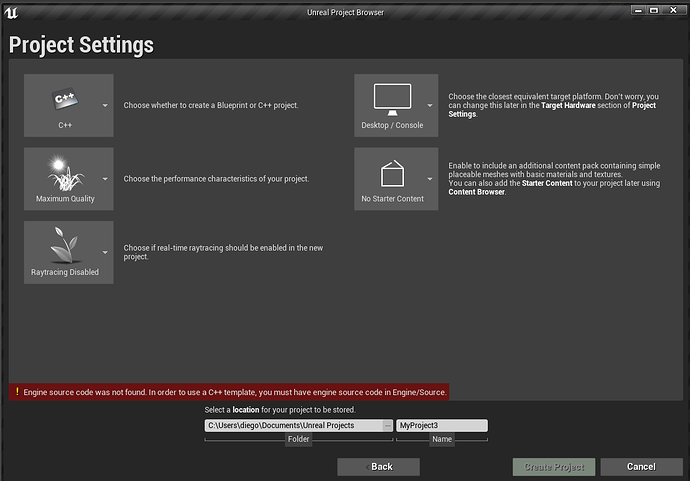 What version of Visual Studio do you have?

And what version of Unreal Engine 4 do you use?

Try to install and enable this settings in Visual Studio installer:

ok i had to reinstall vs 2017 cause i couldn’t find that option on the 2019, but it still displays the same error Can you please mark this as resolved?

It works now! Thanks! i uninstalled everything and reinstalled 4.23.1 with visual studio 2017 and now it works, it’s weird 'cause that’s what i had when it showed me the error the first time, but now it works. Thanks