Okay, so the enemy follows you as usual then when you touch it, it stops

I believe that’s because the function is complete and the pawn has reached its target!

There are a few different ways you could make the ai keep following depending on how you want the movement done.

The simplest way would be to create a new “event hit” event and plug it into the simple move to actor as well. This way whenever the ai collides with the player, it will move to the player again.

I’d give you an example but I’m on the phone. Pretty simple though! 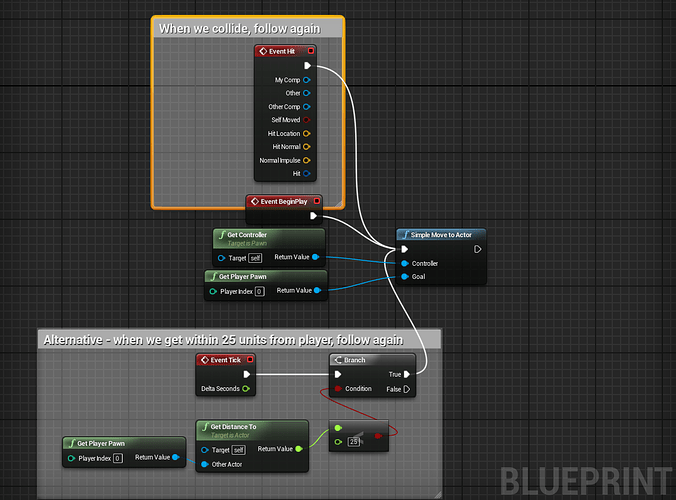 When you get the chance can you show me the example?