Hello everyone, I am having some problem with a simple thing. Although I have one working blueprint of an enemy portal( from where enemy will spawn), If I drag and drop it on the map second time, it’s only spawning from the first one. To be more weird, if I keep only one portal (deleting the other) this it works. Below is the snaps of my Blueprints and other stuffs.: 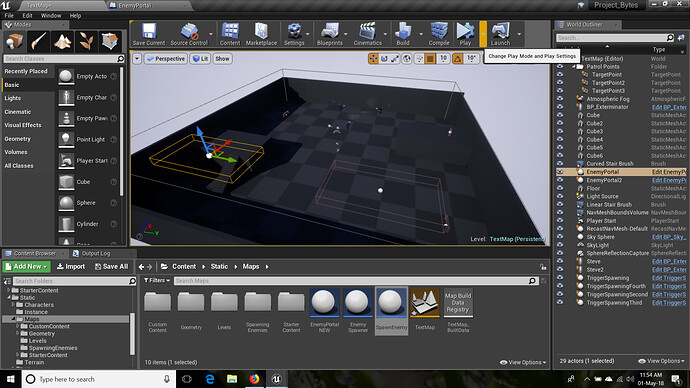 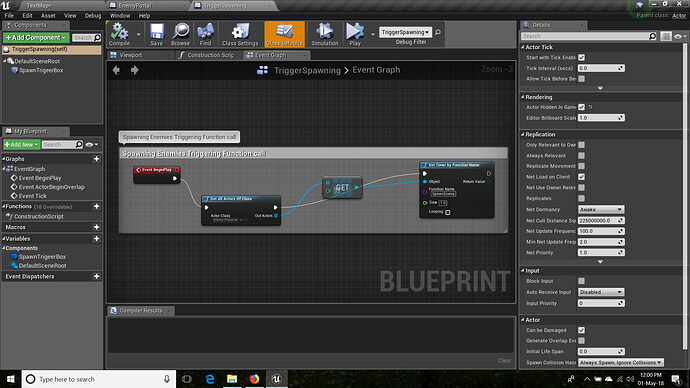 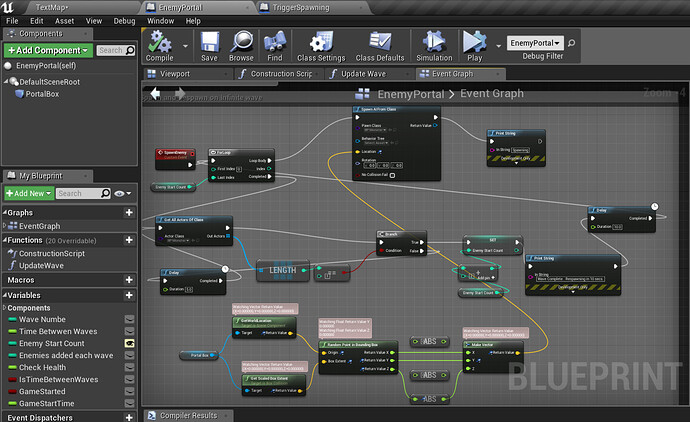 Now, to create 2 more spawning zones, I had to write 2 more actor classless of SpawnTriggering and EnemyPortal of exact same code just the variable name changed. Now my project owner doesn’t like that and tasked me to do same thing with drag and dropped from first one. No extra BP of same kind and codes. I tried a lot but can’t figured out as I totally noob in this Unreal. If someone please helps me showing what I have to modify in my BP with a graphical example, I will be greatly assisted.

On your second screenshot, you’re simply finding the first Enemy Spawner that exists in the world, and setting that to a timer. In order for what you want to work, you have to do a for loop on the GetAllActorsOfClass result, and set the timer in each one of them

@goncasmage , Can you please show me that in a blueprint example? I’ve just started unreal and don’t know how everything is done. Apologies.

Basically, you replace the Get node with a ForEachLoop node.

@goncasmage , Thanks A lot!!! It worked like charm… You just saved me and my day !!