Hi, I was trying all sorts of things and ended up entirely deleting UE4 and all projects.
After a fresh new install v. 4.15.3 I still have the same problem :/. This did not seem to happen with other engine versions but I wasn’t testing those much, and did not install this plugin to other versions.
If I go back to describe how it started, I have my game ready and polished using v. 4.15.3 for months now, yesterday I installed GameAnalytics plugin from marketplace for 4.15,
I have set it up, added a plugin node in my blueprint, and done a few tests in editor, it all seemed to work fine,
then at some point after editor restart the blueprint went empty, I could open it but it shows nothing, the UI gets broken, it’s seen in the logs. 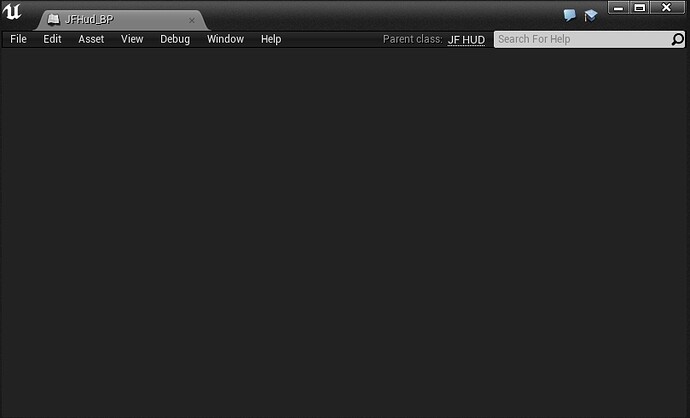 [link text][2]
It got even worse, content broswer went empty, at first other content broswsers worked but those went empty too sooner or later after few editor restarts. If I reseted the project (deleting intermediate, build, …), the content browser problem was fixed, but if I used the plugin again it happened again. It doesn’t make much sense that there would be a problem with the plugin, I also contacted support and they couldn’t recreate this problem.
As I said I ended up deleting everything and done a clean install, because I wasn’t sure what’s causing this, and the problem with blueprint is still here, which suggests this now has something to do with OS I’m using (win7) , or VS 2015. I also updated GPU drivers to be sure.
I’m including the Log file of the new test project I created. At the moment my best idea to fix this seems to be reinstalling windows or try upgrading to newer engine version. Waiting for suggestions… thanks

Edit: I am reinstalling everything today and I will report results tomorrow, so no worries…

I have isolated the problem now, but this is still a problem.

If I reset the project however, just like I did many times before, then content browser is working again, but only until next editor restart, then it’s same problem again, and sooner or later this blueprint problem is back too.
Once the blueprint problem is back, I cannot undo it, even if I delete project, create new one, delete AppData files, delete UE4 completely and reinstall, blueprints are always empty, so far only fresh windows install solved the problem.
As I said I’m doing this in 4.15.3, so this problem may be and probably is limited to this engine version,
to me the only remaining UE related logical reason behind this could be that GameAnalytics is compiled for 4.15.2 version.
I have no other ideas about it.
One thing left to say is that it seems that first the problem with empty content browser happens, and it seems only after this problem is already in action, and I have to open Content Browser 2, 3, or 4 to get to the blueprint,
opening blueprint like this seems to be what damages something, and after this, there is no turning back. I could try deleting the engine again and reinstall, but I’ve already done that and it would probably be the same. Blueprints go empty. Have fun!

Edit: I noticed later after installing UE 4.72, problem with blueprints doesn’t go away, so I assume if I would install 4.16 and 4.18, I would also have this problem. But the 4.14 doesn’t seem affected at all, blueprints in those projects open correctly. The only difference between those I guess could be that 4.14 binaries are still compiled with VS2015, while 4.15 and newer, are compiled with UE 2017.
It’s like once you get this problem the only way to get rid of it is to reinstall windows.
I guess maybe if I was using windows 10 this problem wouldn’t happen.
I lost 2 days on this, reinstalled windows twice, so I’m just gonna leave it at that, and choose other Analytics tool for now, I purchased GameDNA Google Analytics months ago so I’m gonna go with that, or at least until I update my project to a newer engine version. Hope this helps someone.