Hello all! I uploaded this here a while ago but removed the original thread due to a problem I found in the code that kept it from working in Packaged Builds. That now seems to be fixed and the node seems to work fine so here it is! Let me know if there are any problems.

For my project, I wanted to take advantage of the new sub animation blueprint feature but was disappointed when I saw that the actual node itself doesn’t expose “Instance Class” as a pin which I needed for my project. How my inventory system works is every “EquippableActor” (a class I made) has a function in which I define what animation blueprint is associated with that actor and what I needed to do was get that and have the Sub Animation Instance node play whatever animation blueprint was being sent to the it. Because it didn’t have the feature and Instance Class wasn’t exposed, I made a Dynamic Sub Animation Instance node. It basically works the same way as the original does, except it can take a class as a pin now and is able to switch to other animation blueprints in realtime. 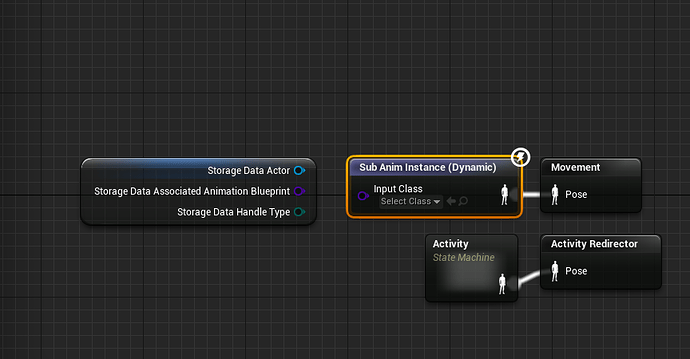 I wasn’t sure if anyone needed this, but you’ll never know! Somebody may be out there trying to do the same thing that I was trying to do so I thought I’d just upload it here! It is in the form of a plugin but it would be awesome if it was included in the next engine update or something! Anyways, enjoy!

If you’ve downloaded it already, I just updated the zip one more time.

The node was taken down and is now back on GitHub. I’ve fixed the packaging problem and I am now working on what I believe to be is the last bug (more information about that on GitHub). I hope this is helpful to someone!

Thanks again for the update!

Thanks again for the update!

The link is down, is the code still available somewhere?

Hi KoldKam, I would like to know if this plugin is available to download too, as it would be extremely useful for me

Had it at some point… can’t find it now

Dammm I just needed this very bad too

You should do a PR in the original engine source. Maybe it will be merged into the main branch of the engine.

I was needing this myself - did a search on GitHub and think I found the proper link: 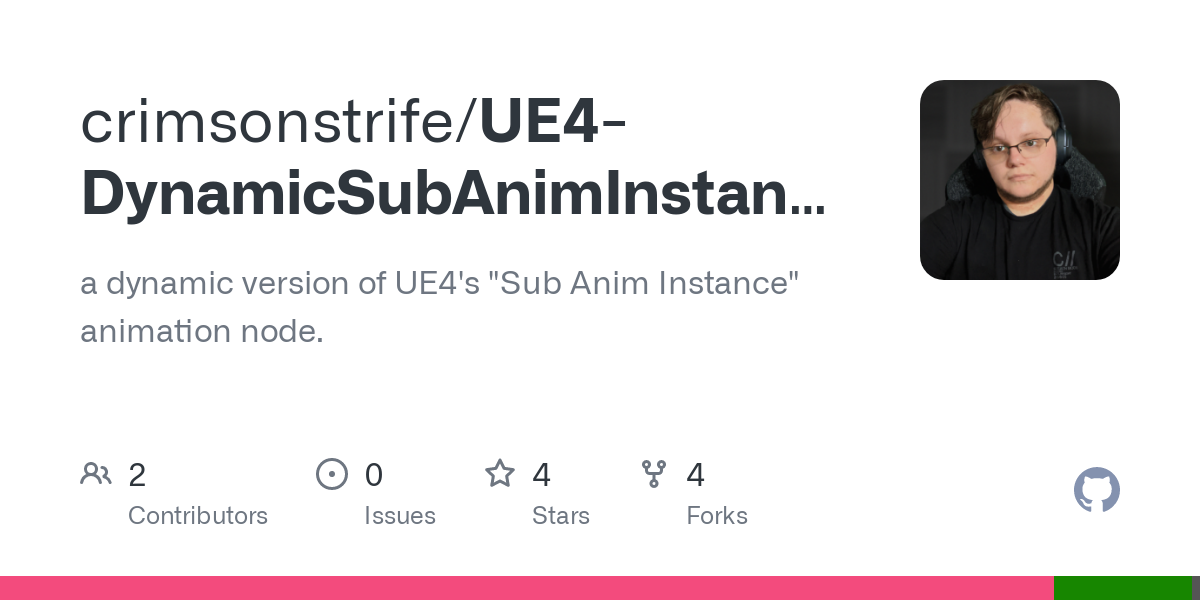 I was needing this myself - did a search on GitHub and think I found the proper link:

Did you manage to get this working on a recent version of UE? I’ve got it installed and compiling in v4.22, but the dynamic sub anim instance nodes seem to just output a t-pose while standard subaniminstance nodes pointed at the same anim blueprint work as expected.

Wondering if there are more changes I need to make for this to work with recent versions of the engine and anim graph code.

I made a fork and ported to 4.21. GitHub - CRYOMEN/UE4-DynamicSubAnimInstance: a dynamic version of UE4's "Sub Anim Instance&qu

Please let me know if it works for you. Be careful though to use it in production - I did not have a time to make a good test myself