Hey guys, I wanted to share a concept I’ve been working on.

I’ve been messing around with player controlled, dynamic gravity.

I first created a proof of concept in BGE, and now I’m making a start on the full UE4 version. The mechanic works pretty well. The most difficult part was getting the mouse look to work correctly no matter the orientation on the player.

I’d love to hear of your suggestions for related mechanics that might compliment it well. I’me also really stuck on a good theme/back drop for the game. Could you give me some inspiration?

Anyway, check out the videos below! 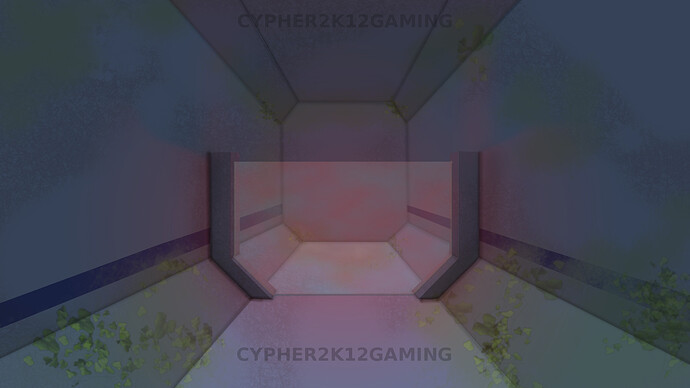 Only problem is, I’m not really sure where to go with it.

I’m thinking of creating a puzzle type platformer. I’m not really sure if the mechanic by itself is enough though.

I’ve just been doing the concept art to hopefully spark a light bulb.

I considered adding turrets too give you something deadly to avoid while navigating your way.

So I’m thinking to have the game set in the same world as my other game ‘Jumper’. This time, the world is in disaster. You must be able to escape using your strange ability to change your gravity.

You may find some of the jumper pads lying in the ruins that might help you, if they still work

The launch pad shown below is very roughly based on the design from my other game, but very much updated. Also made to look a bit worn down. The white area will be an emissive material. 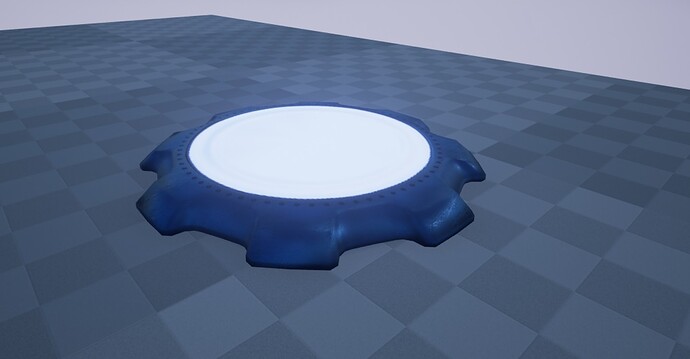 Hey thanks for the heads up!

I checked that game out. I watched a game-play footage of it. Looks amazing!

Made a start on some crumbling walls.

I have been trying to establish an alternative pipeline to software such as substance designer/painter using cycles.

So the wall segments, were high poly modelled first. Materials created in Blender cycles, using previously made maps and generated detail such as the cracks. Then use cycles to bake all the materials to the low poly models. Any basic alterations such as brightness/contrast etc can just be done in-line with cycles. You can however still make any significant changes in Gimp etc if needed like you normally might do. You can also use Blenders texture painter to paint to any of the maps you have loaded in.

This allows you to create some fairly complex materials with cycles nodes and then bake out your final diffuse/spec/normal etc on to the low poly model.

It’s a bit ropey as the materials wont quite look the same if you are using in a PBR engine, but you just need to keep that in mind when you are working. Just focus on the out maps instead of how exactly the material looks like in Blender.

The elements in the photo below are a final result of this process. Displayed in UE4. The wall segments aren’t entirely seamless, that’s just laziness and it’s a test batch. With some further editing in Gimp/PS this could be solved. In a filled environment, your’e less likely to spot any seams anyway. 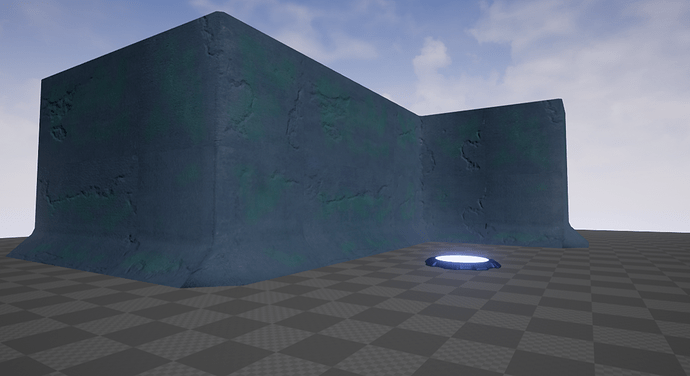 Hey thanks for the heads up!

I checked that game out. I watched a game-play footage of it. Looks amazing!

Oh it is. It gets soul-crushingly hard though XD SOOO good.

The co-founder of my website spent like 6 hours on the third level XD it’s that insane haha.