In this tutorial we create a dynamic system for loading forest sounds and a custom function to spawn some animal sounds.

Everything is based on the number of trees around the Player, which are placed with the Procedural Foliage Spawner.

This setup can be used for other environments as well, as you can load whatever meshes you like into the Spawner: swap out the trees for buildings, asteroids, lollipops, people - whatever your game needs. 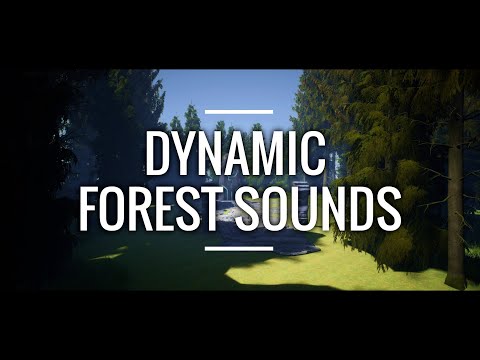 Thanks to Loraash on Reddit for letting me know that we can use custom channels to count trees.