I know it’s long, but please read it, I need someone’s help who knows what they’re doing.

Not like this will get answered, most of the questions I post don’t, but here it is:

When you make a mesh destructable, you first have to divide it into chunks, which fall apart when they get shot or blown up.

But What I want is very detailed destruction. If you make a destructable mesh the normal way, you can’t make bullet holes for example. The premade Chunks are just too big. And if you make the chunks smaller, you’re sacrifising performance. I need the chunks to be made when the object gets hit on the fly, so the hole can be as small as a bullet hole or as big as an explosive tank shell.

So I opened paint and made 2 quick pictures.alt text 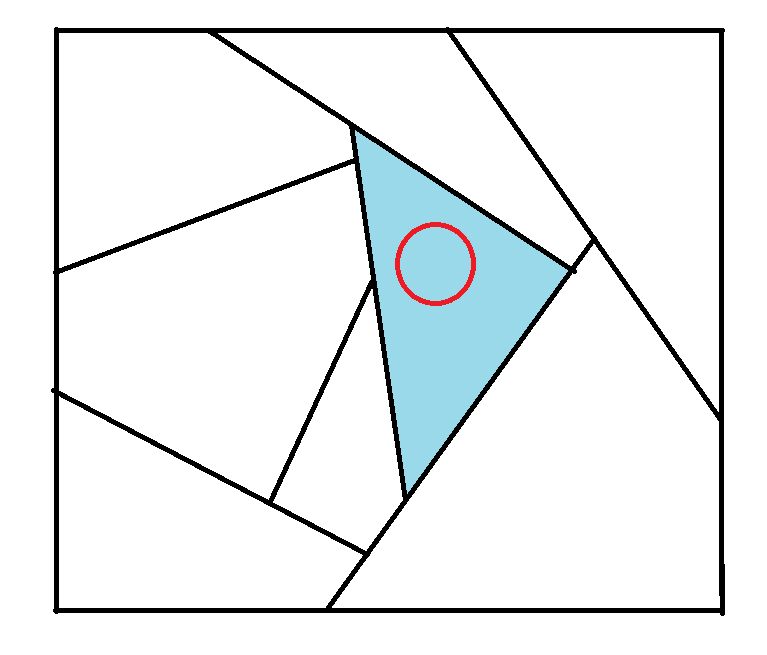 If I make the destructable mesh the same way as I always did, making chunks by hand, It works as it is show in the pcture above. Red circle represents where the bullet hits, black lines represent how the object is cut, and the blue fill represents which chunk falls out to make a hole. The problem here is, as you can see the hole is much too big. And again, if I make the chunks smaller it looks better, but impacts the performance. 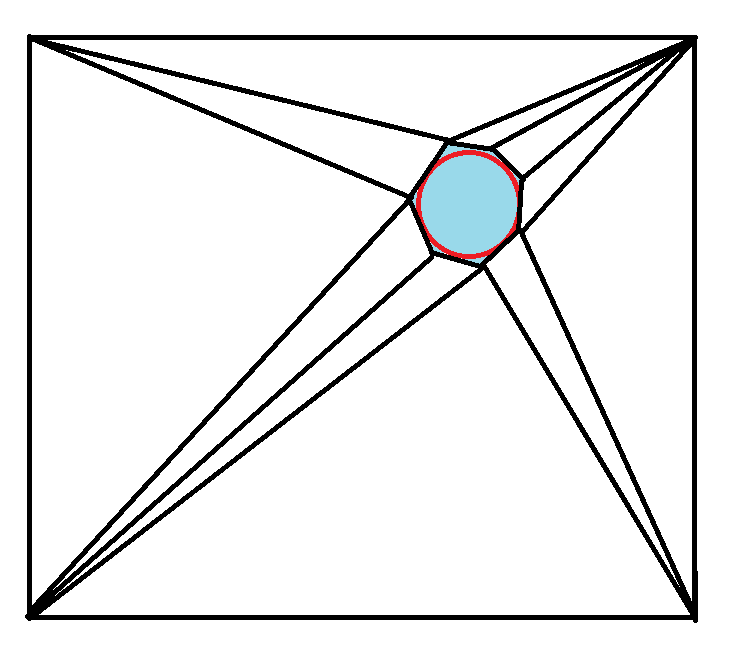 This is how I need it to be: A bullet hits the mesh which doesn’t have any chunks. Then the engine divides the mesh dynamically so the home in the object fits the bullet.

The perfect example of what I need is Rainbow Siege, which I found out about when searching for a solution to my problem (the link is here, just 3 seconds long Tom Clancy’s Rainbow Six Siege – Behind The Wall #6 – Destruction [EUROPE] - YouTube)

Unfortunately I don’t think you’ll be able to achieve that with the inbuilt destruction system out of the box, you’d have to create your own system. I would not know where to even start though I’m afraid so hopefully someone else can give you some advice.

A workaround would be to use the precomputed chunk layout but add some extra force or impulse where the bullet hits. Aside of that, you need to do it customly and that takes some serious programming and engine source code hacking

Don’t you hate it when something so awesome and a must in the future games is not yet common or even done by anyone but one studio?

Anyways, just stopping by to wish you a good luck in creating such a system.