Infiltrator Breakdown: Visual Effects | 02 | Feature Highlight | Unreal Engine - YouTube At 5:40, I want that exact effect. Godrays and little dust particles. Can someone send me a link to a tutorial on how to do this? I can’t seem to find one.

The light rays are meshes, the smoke is lit from the light

It depends.
If you want strong godrays(I.e. Strategy Game Template) it meshes with corresponding shaders. If you want light-based godrays like this(Watch in HD) - setup Sun,SkySphere and Expronential Height Fog. You will find corresponding properties like Light Shafts, Directional Inscattering and so on 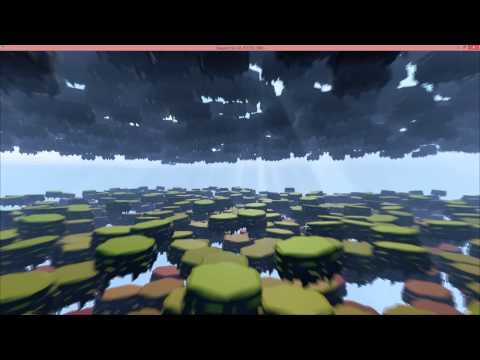 Yes thats it, thank you. I’ll give it a try.

Any idea how to do the dust particles?

There a couple of examples from the Marketplace that have really good examples to show you how this can be achieved.

In the Mobile Temple you can find the mesh named “SM_GodRay” with the material “M_Godray.”
In the Blueprints Office you’ll find a much more robust one that is using Blueprints to setup a GodRay. The method is still similar with the basis behind it being a static mesh and a texture material. The mesh is named “SM_GodRay_Plane” (it’s a single polygon plane), Material is named “M_Godray_MASTER”, and the Blueprint that sets it all up is “BP_LightBeam.”

As for the particles of dust you would want to use Cascade to make a particle effect for that.

In the Reflections Subway there is a good example of this. The particle system is named “PGPU_Dust_Vec_Large”

Hopefully these will point you in the right direction with some solid examples of how to achieve what you’re looking for.