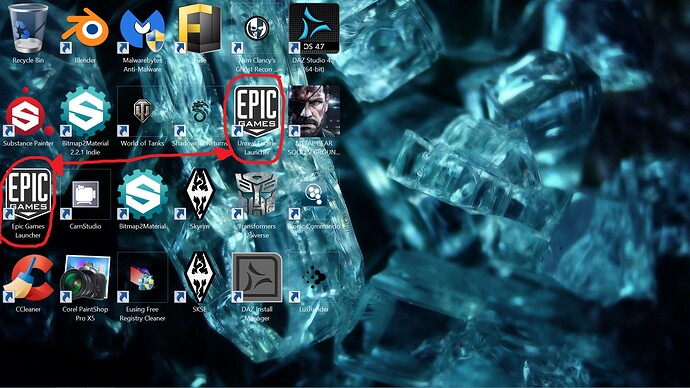 We’re looking into the issue. Can you just left click an empty space on your desktop and hit F5 to refresh your desktop? If that does not clean up one of the icons, can you confirm for us whether or not both of the icons work?

After some investigating we’re concluding that this has occurred because you created a desktop shortcut for the unreal engine at some point and then updated to the new launcher (the desktop icon created when installing the older launcher will just says “Unreal Engine” and not “Unreal Engine Launcher”).

You should have nothing to worry about and you’ll be fine to delete either of the icons. The UnrealEngineLauncher.exe stays if you’ve updated from the older launcher to the new one and now acts just as a proxy to redirect to the Epic Games Launcher. That way users who have installed in different locations, or have a shortcut place elsewhere, etc. can still use those shortcuts and not have to delete/create new ones.

The issue you found will be added to our database and we’ll work on fixing it.

Yes, they both work and do the samething. And I noticed the changed slash direction too.

Yes, the launcher was just updated from the older launcher and it requested the shortcut Fix after one of the updates. I don’t remember creating any shortcuts manually and figured that during the shortcut fix a new shortcut was created and the scan was performed which changed the existing shortcut making for the 2 shortcuts, there were multiple updates during that time, it must be acting as proxy now like you said.

Which explains the references of: 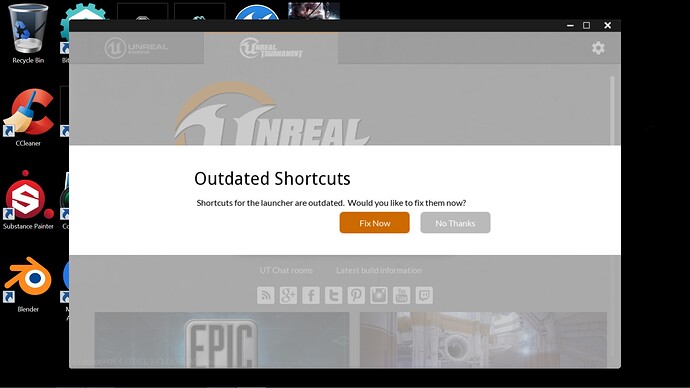