Dumbie question for new UE4 user, why can't I edit my brushes?

Sorry about this, guys, I’m sure it’s something incredibly simple that I’ve overlooked. But none of the tutorials I’ve found online, official or otherwise, have anything to say about this whatsoever: 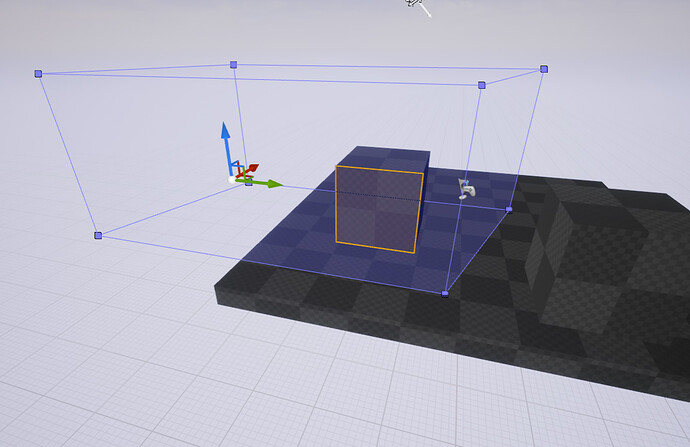 What’s happening here is that I’ve dragged and dropped a box onto the other box from the brush menu as directed but whenever I select it, any part of it, it actually selects a ghostly blue box that apparently has no effect on that brush whatsoever. I can modify the geometry of this useless invisible cage, but not the actual brush itself.

So yeah, this has been kind of a hard stop for my efforts to even get started in mapping so your input would be greatly appreciated.

That sounds really weird…almost like the auto-building of BSPs is disabled for you. Is this in a new project/level? Does it happen every time you try, or was this a one-time issue?

You have to set “Update BSP Automatically” in the settings, it would seem. Sorry about that, kind of a hidden option no one talks about in the tutorials obviously. That and everyone else who had this problem apparently had it answered on the same server which was down while I was attempting to find a solution.

It took me all night to even realise that the brushes WOULD update if I hit ‘build’ but I knew there had to be a more efficient way of building a level than that. I’m now mapping so thanks anyway!