Hello Unreal Engine community, this is Michael, someone who is sometimes online. I have been developing a game full-time in secrecy for nearly 4 years now. This thread will rise from the dead every so often when it is possible to say thanks to tidbits of knowledge that move the project forward. It would be huge if I started this right from the beginning because everything I know is from here, youtube, answerhubs, or the evangelists globally.

A thank you goes out to the people involved in this thread back in 2014 : How to Edit Post Process Material Parameter . This is the kind of stuff you hope that there is already an answer for because despite there being nothing really new in terms of engine use, I never thought that this is how you would approach it in such a manner.

The goal is to use post processing to pixelate vision during the player’s ailment status. Just like how it was explained in the thread, a material was made, the dynamic material instance was assigned to the post process settings, and then the value oscillates using a looping timeline. 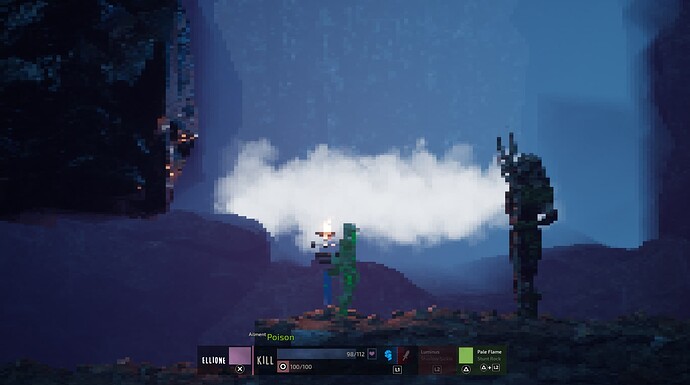 While this is only the 3rd post to this thread, it is in spirit the 90,000th thank you. Just so that things are timely, I wanted to talk about engine 4.27 release, because it did two things that will not go unnoticed, because engine optimizations are not really announced in news feeds.

One thing that probably pained many of us is the deprecation of Initialize particle. That’s pretty rough when you have over 470 particle systems. I am still in the process of rummaging through the entire game and replacing the deprecated module with the new one since 4.27’s release date. Parameters are now unlinked and values are reset. It’s a nightmare. It sounds like a complaint, but the reality is that I understand why this update was made. Not from a engineering standpoint, but the fact that an open niagara editor window no longer decreases the framerate of play-in-editor anymore.

The other big engine optimization is how the Levels Panel handles sub-level selection. The fact that it is fixed must mean that everyone who’s project is substantial in size has felt the prior pain of the engine crashing when toggling between levels. Now when you toggle a level, there is no hitch whatsoever. Whatever it was that caused the toggling to hitch and potentially crash is completely erased. That is one of the hugest blessings that any engine update could offer because it was the only reason why the engine crashed everyday for me.

Development has come to a point where I don’t need anything new from it. I love what I’m already using, although the bug fixes and optimizations are what really make a new version worth moving into. The newly introduced bugs are always funny, but when is that not going to happen? Win some lose some, although as we move along, there are always more wins than losses.

To remain timely, I would like to thank Evgeniya Yaremko, one of this month’s contributors to free marketplace assets. It is rare for free marketplace assets to be contextually viable in the world, so I’ll jump at any chance to leverage such good content. This brought immediate inspiration so that the level design of The House of Water Wizards could be started after months of consideration. 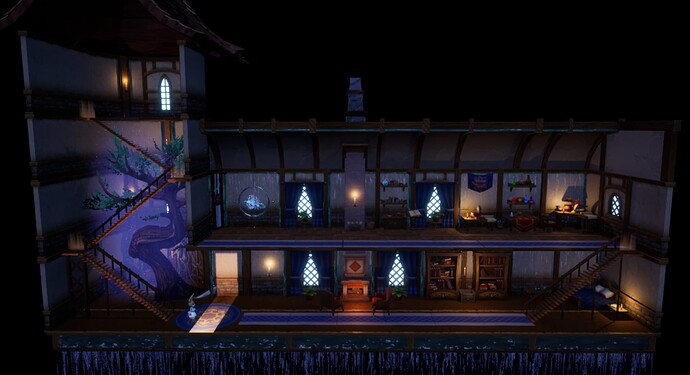 A thank you this time goes out to one of this month’s Epic sponsored marketplace content creators : Denis Rutkovsky . He is the maker of Fantasy Cave Environment and so many other brilliant assets. 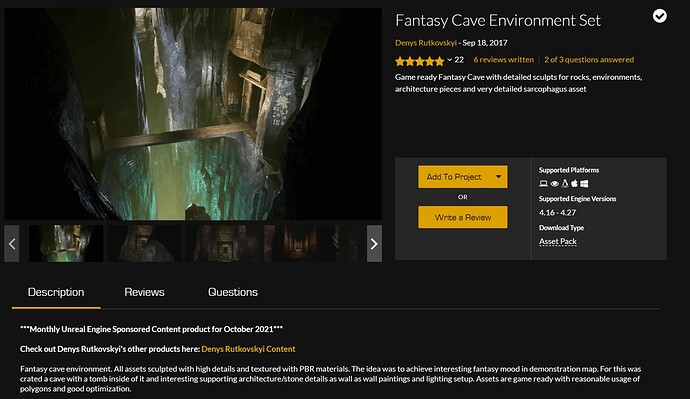 This asset pack is brilliant because there isn’t much; a few gigantic static meshes with extra high resolution textures and simple materials that you can add on to. It came at such a perfect time, because I needed new stuff for an underground passage back to the surface and I did not want to reuse any cave assets already seen before. I also owe it to Epic Games for picking the right one, right on time.

We’re seeing immediate use right on the day of this months free content release: 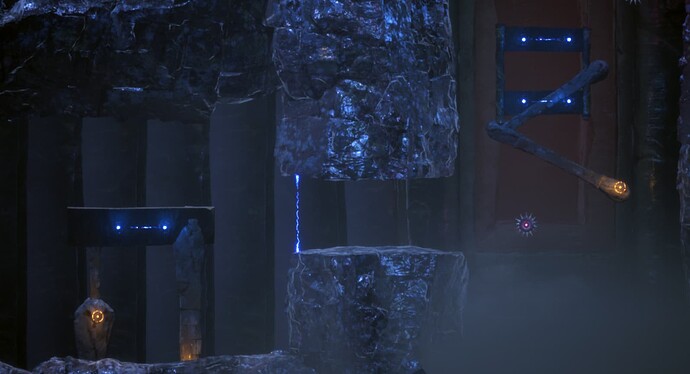 That’s two months in a row where timing is so good that luck brings fortune to development as if Epic is purposely trying to help make this game from within and without the Aether of North Carolina.

Today’s thank you goes out to both Quixel Megascans and Metropolitan Museum of Art. Megascans materials and all sorts of 3d assets have been scattered throughout the world of this game ever since they joined Epic Games.

Metropolitan Museum of Art gives us open access to public domain works through the ages. In combination with Megascans’ Old Interior meshes and and public domain works, this gallery in the Old Academy area of Dreamstrata is complete. 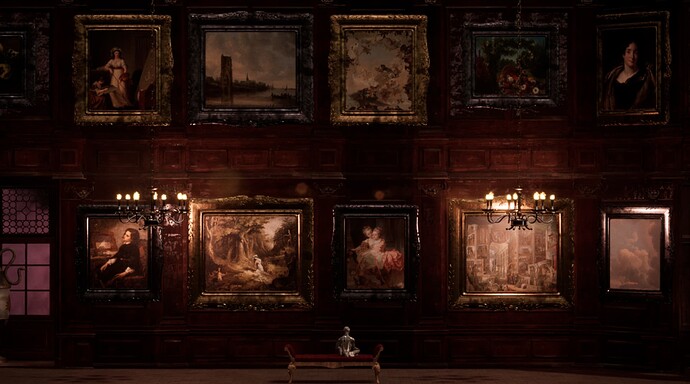 Happy Thanksgiving. Thank you to supportive friends and family.

Before the month ends, thanks goes out to NadirFX for their free content : Character Appearance and Dissolve. 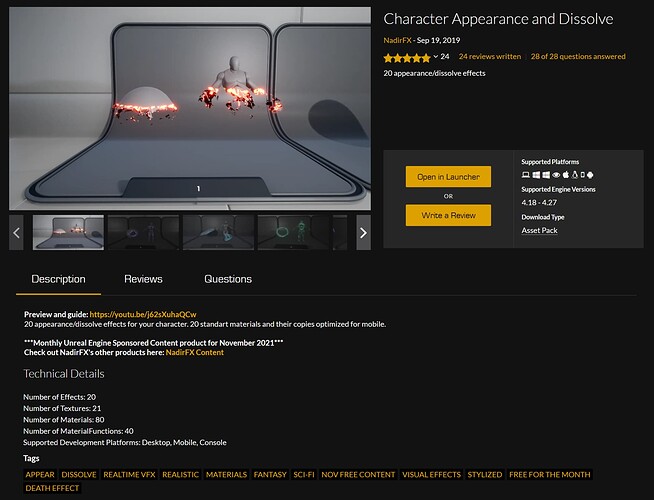 Even if you miss out this month, all of the content packs from this author are more than fairly priced. I have to admit that I only had one dissolve alpha before fetching this content pack. This really saves me a lot of time from having to create my own dissolve effects, since it has just about every type that you would need to see, and then some.

Below are examples where I swapped out my prior dissolve effects for something more suitable, none of which are character dissolves, which means that you can use this content pack for many things.