it seems you don’t use the dot product on the good vectors.
Exept if your player character is in 0,0 you should do someting like this

//Then calculate the direction vectors

//Do the dot product on dir1 and dir2

I’m trying to get the angle between two vectors using dot product + acos but keep getting weird results.
So, basically, there are two coordinate lines like X and Y, and I want Y to calculate and show the angle between itself and X, which should be 90 degrees.

But when I run the blueprint the ingame result is anything but expected: 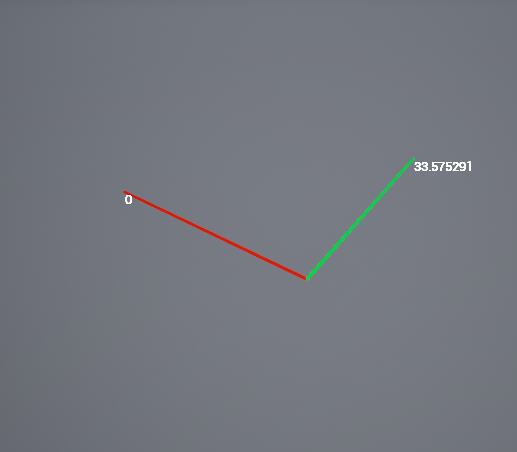 On top of it, when I start to move the thing around ingame the angle starts to change. 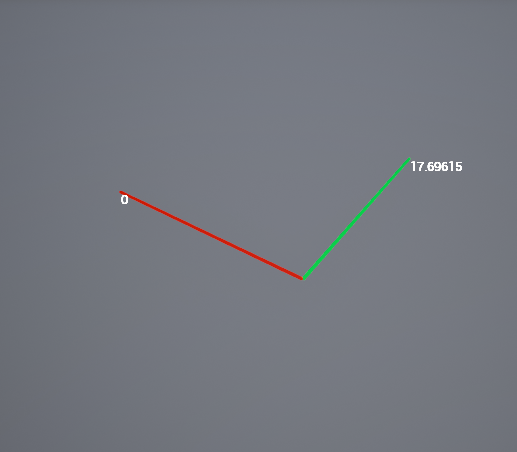 Get actor location, then break the vector, then add +500 either on X or Y respectively, then make it vector again and then do vector minus vector node and subtract actor location to get “pure” (so to speak) vector out of it. Normalize the result and do DotProduct + acos to get the degrees.