does UE4 support Active Ragdoll?
thanks!

If by “Active Ragdoll” you mean Physical Animations then yes.

If you mean like Euphoria in GTA, then yes, but not necessarily “by default”. Active ragdoll is literally what the name implies, a “ragdoll” that is “active”. To make an active ragdoll, you need to animate the ragdoll while it’s simulating, which is done by applying angular forces or motors to its joints.

There’s a marketplace asset for active ragdoll: Active Ragdoll in Blueprints - UE Marketplace, and it has with a free playable demo in the description (which I’ve had for years).

When it comes to self-balancing walking active ragdolls, it gets pretty challenging because you have to work with physics and there’s many things to deal with. It’s actually an area of actual scientific research (at least with AI): Flexible Muscle-Based Locomotion for Bipedal Creatures - YouTube

It’s of course been done before to varying levels of “realism” in games like Gangs Beasts, Totally Accurate Battle Simulator, and Sumotori Dreams. But you’ll see not many games have this type of active ragdoll, and that’s for the simple reason that it’s both complex and unpredictable or unstable. That’s why you really only see it in indie games.

I don’t know any content or tutorials other than the marketplace asset I posted. You can find tutorials by searching “active ragdoll tutorial” on youtube & google. Even if it’s not for UE4, it’s still applicable because it’s all physics. Up to 4.25, UE4 uses PhysX, which is the same physics engine Unity uses, so it should also be similar on a technical level.

thank you very much.
and i’ve found this repo and am reading it:
https://github.com/sergioabreu-g/active-ragdolls

what if i consider simple situations now, such like the first video:
https://www.youtube.com/watch?v=EsOE32FsBVc
and just consider the height of terrain while it’s walking & it can be “hit” then it will fall backward/forward(& hit from left/right is the same, right?)

I’ve seen some people have problems with Chaos, like this for example: 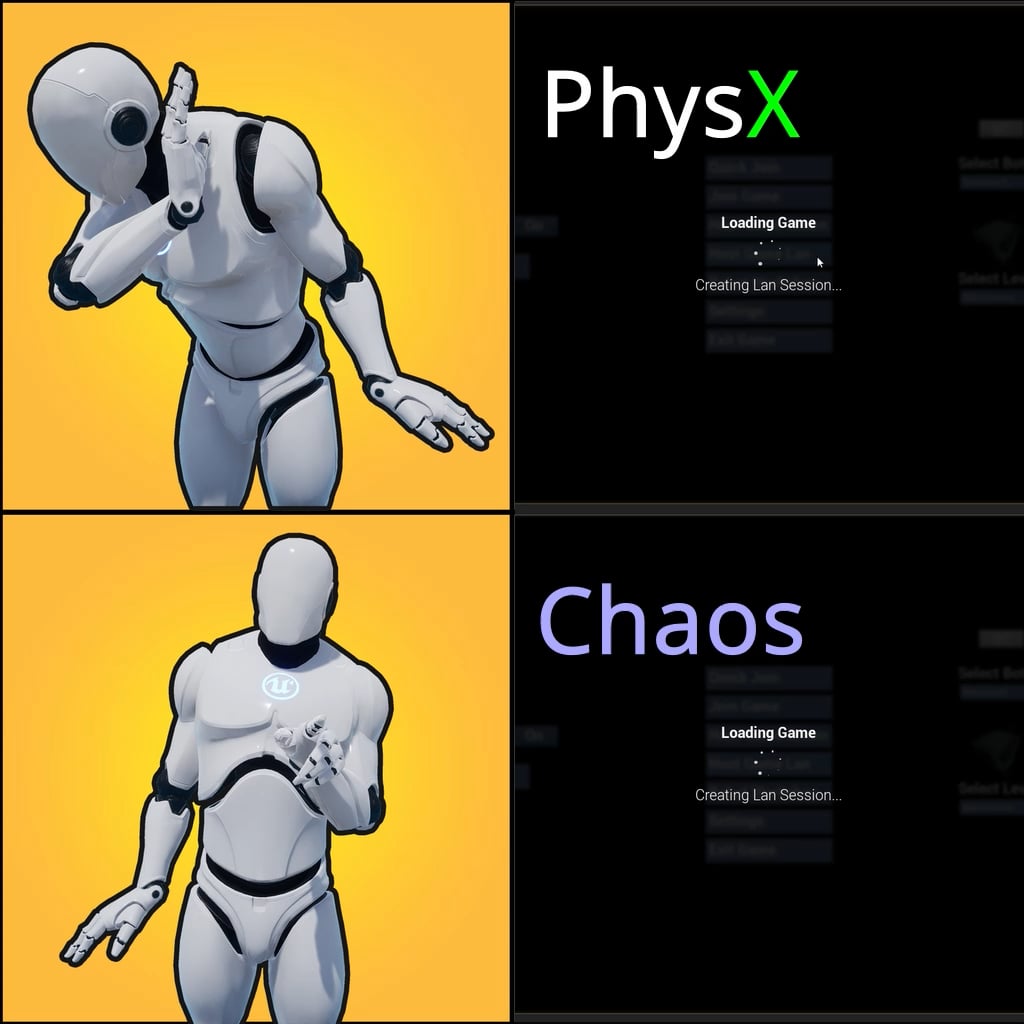 So personally, I would stick with PhysX, especially since it’s been battle tested a lot longer.

and just consider the height of terrain while it’s walking & it can be “hit” then it will fall backward/forward(& hit from left/right is the same, right?)

Yeah, that’s how the marketplace asset works (animated while walking, physics while falling). Gang Beasts & Totally Accurate Battle Simulator kind of treat it like a puppet, where it’s physically simulated the whole time, but it’s constrained to an upright position until it get’s hit.

thanks! so is it possible to integrate the latest PhysX with UE4.26.2?(and even if it was possible, PhysX will not be Free, right?)
So it’s better to use UE4.25?
or is it possible to use UE4.26.2 with other physics engine, eg. Bullet ?
(and it seems that the PhysX team had some situation? so it’s not updated and fixed well since some years ago? not sure…)
ps. i’m going to make this game on Mobile & VR(Oculus Quest2), not very complex game.

so is it possible to integrate the latest PhysX with UE4.26.2?(and even if it was possible, PhysX will not be Free, right?)
So it’s better to use UE4.25?

I actually once implemented Bullet into the engine, though it was a while ago and implemented as a plugin. I never finished it, but I at least got physics running. Still not worth it, though; I would still stick with PhysX.

That shouldn’t be a problem (I think). I’ve never worked with mobile, so I don’t know for sure, but I think mobile devices can handle it, especially if it’s a simple game.

thank you so so much!
i will find more tutorials such like GitHub - sergioabreu-g/active-ragdolls: Active Ragdolls in Unity
then try those methods in UE4.26.2 with its Chaos, if not work well, i will use UE 4.25 with PhysX as your good advice.

https://docs.unrealengine.com/en-US/InteractiveExperiences/Physics/ChaosPhysics/Overview/index.html
is this doc the latest?
I checked UE4Editor.Target.cs either in the installed 4.26.2 dir or the latest code dir from github, both of them are with not enable Chaos:
// Copyright Epic Games, Inc. All Rights Reserved.

so it means both of the 4.26.2 from installer or github code are still use PhysX ?

Yeah, good catch. Apparently the version with Chaos enabled by default is 4.26-Chaos:

Finding Chaos
Head to the Epic Games launcher and install Unreal Engine 4.26-Chaos Preview from the list of available versions in the install dropdown. In this binary build, Chaos replaces PhysX for all physics simulations, including cloth, vehicles , and destruction .

Note: 4.26-Chaos can be found at the bottom of the dropdown. 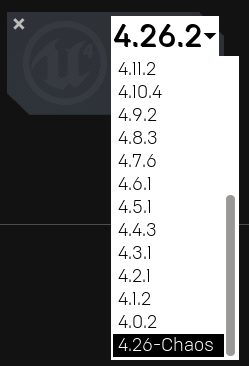 Apparently the version with Chaos enabled by 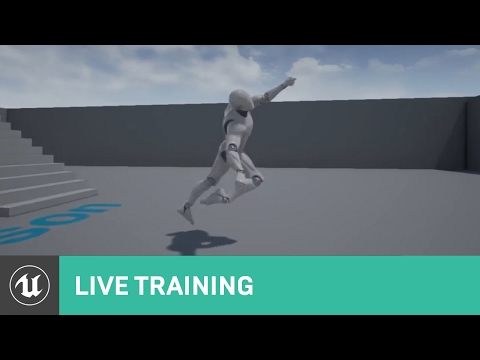 You can make your characters react to any physics by toggling the physical animation on and off and changing the profile at runtime to define different stiffness.
It reacts to things as you would expect - based on the PHAT asset collision definition.

It can also be improved by a control rig script now a days. Given that, and some engine knowledge you could force actions based on non physical behaviors at runtime with it too - so as to support older ways of doing things and make them work with the newer systems.

No need for any chaos vs physx bs.
The engine is what it is, and phys x will ventually be completely discontinued - as reported by ue4 staff more than once.

You should go with whatever will be avaliable in the future if you are starting now.
By the time you publish it, it will also probably perform much better than it does currently.
Forcing physx is going to cost you the ability to migrate and pick up your project later on.

thank you so much !

found the Advanced Locomotion System V4, it seems can be dev based on this ALS:
https://www.reddit.com/r/unrealengine/comments/fac14u/active_ragdolls_for_stormrite/
https://www.unrealengine.com/marketplace/en-US/product/advanced-locomotion-system-v1
when NPC is shot, play a shot animation, and then turn off the animation and turn on the Rogdoll, right?
and if want the NPC stand up, should play a stand up animation(if the lying pose is too weird, first change it to the start-pose of stand-up animation?and how to do this well?)

For the first video:
This type of thing is difficult to do because it’s an AI trying to balance itself. I played the demo, and the AI isn’t very good at picking itself back up. I don’t know how to do this, and there really isn’t a lot of easy tutorials on this type of thing. Most of them are in research papers rather than YouTube videos because it’s still an active area of research; it’s the same thing as the Boston Dynamics robots. You can also find these types of things on the Bullet Physics YouTube channel.

For the second video:
A constraint is being used to hold the character upright, which is why the character looks so bouncy. It’s the same as how Gang Beasts & Totally Accurate Battle Simulator work. This removes the need for the character to balance itself; think about it like having training wheels on a bike.