Does someone have idea for fps hud

Does anyone have some fps hud ideas? 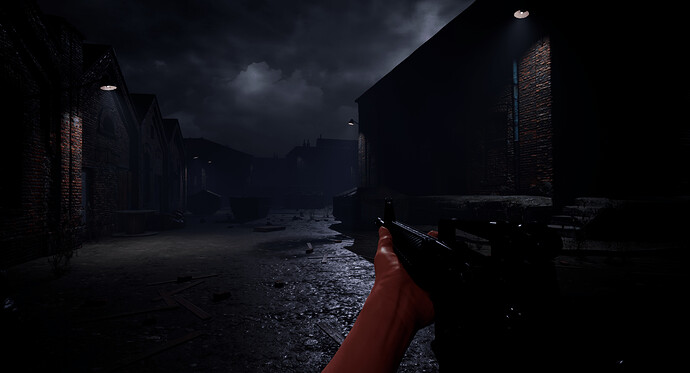 Start with a reticle, health, and ammo and go from there?

How about NO HUD! Incorporate 3D Indicators, etc in 3D on the Characters, Weapons, Buildings etc themselves. Also known as Diegetic UI Design. See this sweet article on Gamasutra.

+1 for no HUD but the player mutters under their breath how much ammo there’s left & how badly they need to wee.

how badly they need to wee

Suppose someone has already made a game mechanic out of that…

Plus one to the posts above. Lazy devs use too many on-screen HUDS. Its often a distraction to hide non-innovative gameplay, or because devs feel it has to be there. But here’s the thing, non-linear movies and fast-cuts weren’t a thing either, until someone decided to go for it.

UE gives you access to rich in-world 3D Widgets, you can even make them interactable. Or use material tricks to create ammo / health bars burned into the weapon / character skins. But either way, don’t overdo it like an ATC radar screen, or you may turn players off.

COD2 had the right idea as was hinted at in the above article. Its actually still a good model to follow. You can also create advanced UI inside a scenecapture / render-texture. If done right the FPS hit is minimal, and you can do stuff beyond what UE offers out of the box.

UE gives you in-world 3D Widgets. You can even use material tricks to create ammo / health bars burned into the weapon / character skins. 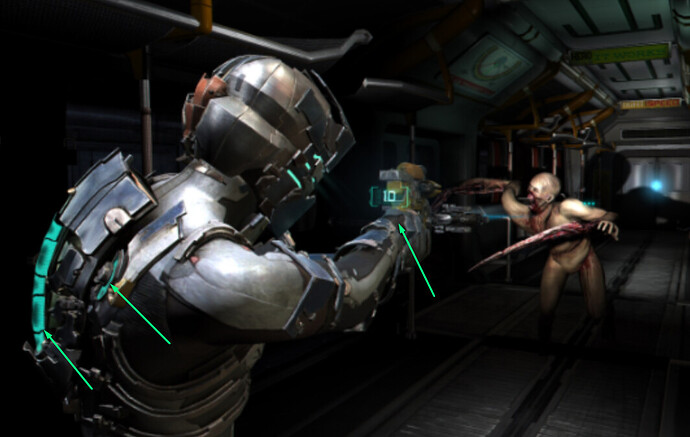 Health, shield (or powers - can’t recall), ammo. Neat. But then you open the inventory and it’s a clusterduck of weirdly aligned stuff: 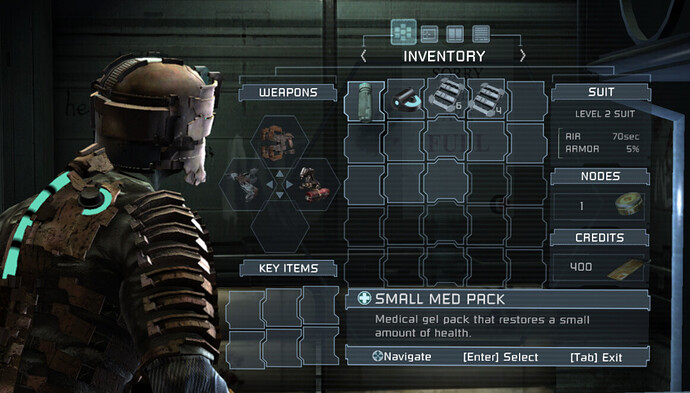 Always found it jarring. And it would be harder to pull off in a non-SF scenario, ofc.

Suppose someone has already made a game mechanic out of that

How about a dedicated button where the player describes briefly (out of combat) how they’re doing.

Another idea, rather then telling the player what they’ve got, indicate what’s missing: