Does not work on Standalone, Works on Editor.

So, everything works fine in UE4 editor window, but as soon as I launch it in standalone mode, almost all of my variables dont work. Why is that so? Is this a unreal engine bug? Kinda important as Ive been working on this project for a long time and dont want to lose it. Thanks for answearing.

Where do you get the variables from and how do you set them?

Here are the pictures of the code for “looking at the item” widget. 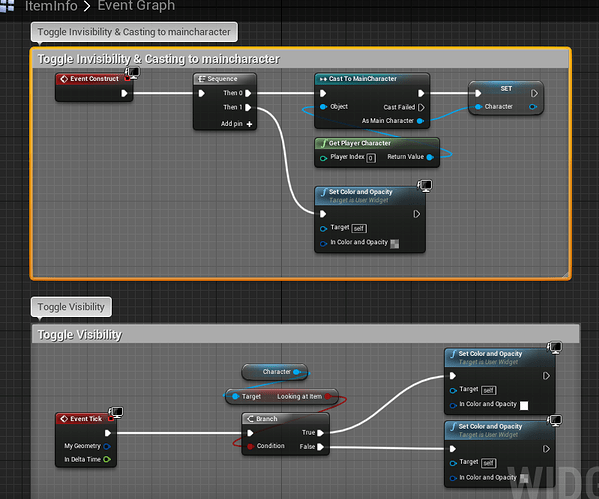 And here is where I get the text. This is the part that is not working. But I dont understand why this is working in editor but not in standalone. 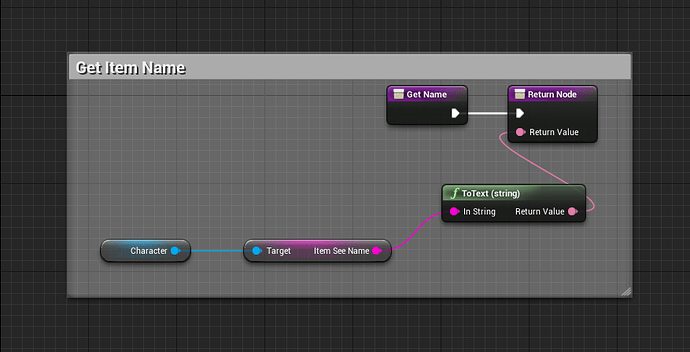 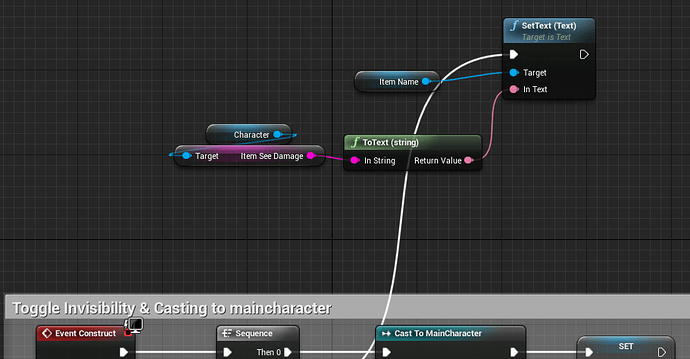 Is playing In standalone, like playing on a packaged game ? I have the same issue sorry If I hijacked your thread.

You left out the critical part… where does “Cast to MainCharacter” get its reference from? If the widget is created before the Character then the Character variable might be set to null.

Do some debugging on the character variable and print if it is not valid.

This is the problem with many of the tutorials floating around… They tell you to save this and that variable but they forget to mention the importance of when a variable is set.