Do good games use free assets?

Obviously, my answer would be yes. You have Metro Exodus and just about any modern game using megascans. Even the Matrix demo uses it heavily.
So then why do people argue about this so much? In my opinion, while it is a bit lazy it’s a no-brainer to not spend 12 hours on assets that are very much available and free.
Any thoughts?

I’m pretty sure for large games like Metro Exodus, Megascans is not free. Not even unreal engine is free for big games / companies.

Read the licensing and the fine print.

In all cases,
most of us make assets to sell - either as assets or projects. Not finished/packaged games.
The licenses for most assets you get for free definitely do not allow that.

Also, it’s ridiculous to see a company with 500 employees and a whole division dedicated to artwork and texturing purchasing pre-made assets or mega scans for their game.

In a smaller environment, with a much tighter budget, sure. Maybe.
I can’t say I have had the time, pleasure, or fantasy, to play any small time game which made good use of free assets (or any non original asset).

I think Mir4 used some free assets.
I saw some of their assets in YT tutorials.

I definitely agree with you on the EA steam stuff. I meant like indie projects (that are playable and actually good) that were made by small teams. Obviously, a 500 man team shouldn’t use them but it’s also unfair to have the same standards for indie teams.
Steam cash grabs that asset flip are very bad tho.

If you want to see what a bad asset flip money grab looks like, look at baby videos on just about any platform that makes them and what they claim their “peoduction” costs to be.
I think we are in the wrong industry making games

It’s all about using the assets properly with what you’re trying to make. Things need to fit together to form the scene.

As for “asset flips”, the only thing Steam did was bring poorly cobbled together games to greater visibility, they were always there. It’s not really relevant. There’s a lot more Wilhelm’s out there than you’re probably aware of.

A GOOD game is not GOOD because of assets. It’s good because of all the stuff that’s not free. The Story, the level design, the mechanics, the voice acting. It’s GOOD because of the game play and the journey. If it’s ALL free assets, that won’t make it a BAD game. And if it’s GOOD enough, you can easily replace all the assets when the money comes in.

When people think Assets are what makes a game GOOD or not, then there is a serious problem. And maybe that is a possible reason for so many games feeling so Meh. Are they just the same old games and mechanics and story but with better looking assets??? Possibly.

Point being. Make a GREAT GAME with free assets. Get everyone LOVING it. Then update the assets later. Unless you are the person who specializing in making assets. Then of course make the assets and maybe try to get free mechanic templates?

But yeah I see so many games that are great and they look exactly like so many other games. Assets aren’t really important until later. It’s just about prototyping. And a single patch near release can replace all the assets without issues. You can’t just replace a story or levels and keep the game intact.

But I could be wrong. I just go by the prototyping way of building a game. Get the game working before making it look pretty. Makes sense to me.

However, WHEN you want to release it, it’s BETTER to have truly original assets to help the visual side stand out from the rest. It will greatly impact the effectiveness of gifs and game play videos. And that will help the launch. Well that’s what I worked out from all the GDC videos. So I could be wrong. Still makes sense to me

Indie dev here, I do use free assets, but I can’t just throw all assets into my project, they need to be modified before they can be used to my project.

Give yourself every advantage possible.

Anything less is just ego-stroking, which feels good for a moment but doesn’t pay bills.

Unreal Engine is ALWAYS free. When you pass 1,000,000USD gross revenue, you have to pay 5% to Epic which is a downright fair deal.

Which is why I said “large games” and “large companies”!

Don’t waste time on what other people are discussing. Just make it happen. Your players won’t care what you use if the game is good. People want to discuss the details of everything to avoid making decisions that might set them up for ridicule. That then leads to avoid making decisions at all.
The Unreal Engine itself is a free asset. If you want to be 100% original, you have to dig for minerals, discover math in nature and then put it together to make machines that can make CPUs, RAM etc. and build your own computer, operating system, programming language, shader code etc.

Anyone who uses Reddit, Discord or YouTube to complain about free assets is a hypocrite, as they didn’t invent HTML in the first place.

Why not skip the hassle and make your own assets?

Obviously, my answer would be yes.

Yeah, an asset being free doesn’t inherently make the game “not good.” It depends more on the asset itself, its quality, purpose, and frequency of use in other games. For instance, seeing a free bench asset in a game is less “annoying” than seeing a free character asset, especially if that character is a big part of the game. 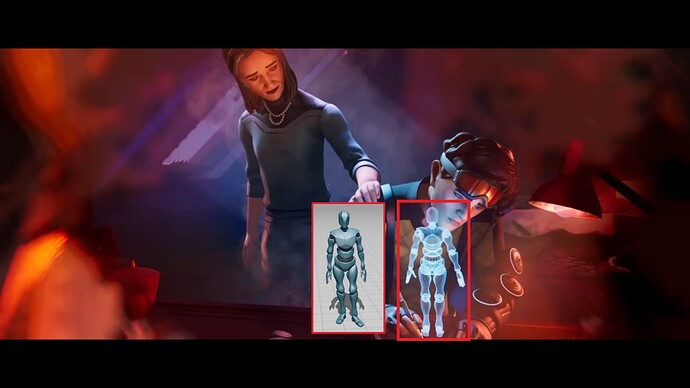 Also, when it comes to reusing assets, if you use them right, people may never notice: The most overused game graphic you never noticed | Texture Archaeology - YouTube

Being a large company doesn’t mean you have to pay anything; the royalties are based on the individual product, not the company. Though, large company’s product would all likely pass $1,000,000 easily.

Why not skip the hassle and make your own assets

Yeah definitely. I’d say it’d be stupid not to use them. For ex. you want your game to have a rifle. I’d consider it a waste of time modelling, texturing and rigging the whole thing when it’s available for free on the marketplace. (ie if the creator allows you to use them in a published game)

Why reinvent the wheel when you know the wheel will always be the same regardless what game you make?

Ask yourself this question:
For something that would take at max 3h like a rifle, is it really worth it to compromise your licensing by including something you don’t really own?