Hi, this is an effect pack I’ve been working on. The pack contains 5 variations of the dissolve effect: This is going to be submitted for the Marketplace BTW. Any feedback is welcome!

Can the helper objects be dynamic? Or must they be the preset Actors? I’m wondering if a SkeletalMesh could be used as the helper object to achieve even greater flexibility. Or in my case, could the Rope Mesh from my plugin be used to drive the Dissolve?

Arbitrary objects are only partially possible. A gradient generated using the depth fade node can be used. However, as depth fade can be used only in transparent materials, its use is limited in this case. Here’s how that looks: 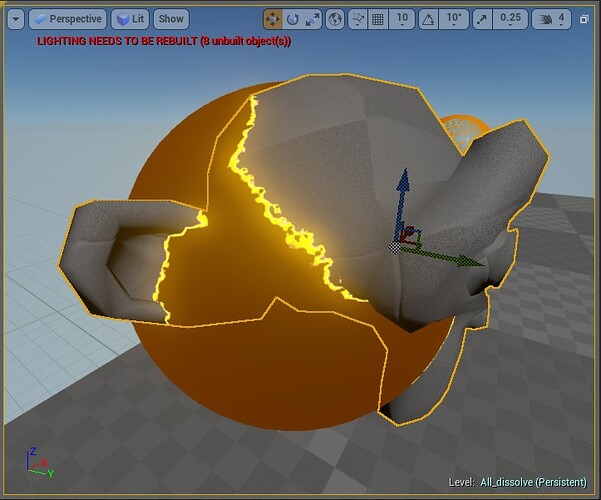 This is a static mesh but a skeletal mesh would give the same result.