From 1967 until 1985, guests at Disneyland had the opportunity to ”travel into the incredible universe found within a tiny fragment of a snowflake." The attraction, Adventure Thru Inner Space, sought to use the tools of cinematic set design to explore the lessons of science, with massive structures representing water molecules and elaborate projection revealing the microscopic world of the atom. The ride was developed during Walt Disney’s final years, when he repeatedly explored how the tools of filmmaking might be repurposed to explore worlds beyond cinema in his theme park. Adventure Thru Inner Space was groundbreaking not only in introducing the Omnimover and by creating an attraction almost wholly focused on backgrounds (with no characters except for the onboard narration) but in the way it arranged dramatic, themed space toward educational goals.

Several years ago we released a beta version of this software; in recent months, we have worked to arrange an updated version worthy of a wide public release. The time for that release has come. Now you have the ability to experience this extinct Disneyland attraction on your PC monitor, HTC Vive, Oculus Rift, and Oculus Quest. It may work on other headsets, but we could only test with what we have. If we hear they are working for some, we will update our release notes to make others aware. So join us as we journey back in time to look at–what was then imagined–as the future of science. 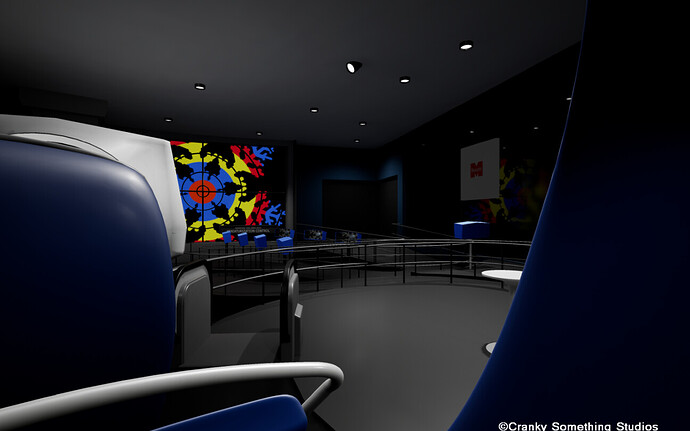