Disable Character movement when attacking or entering other state

Im trying to figure out how to disable character movement for the duration of attack animation (or a different state, like a power up or crouch) which is set up through animation montage. Whenever I click left mouse button, attack anim plays but im also able to move and rotate the character in space with WASD keys (locomotion).

Ive created a Disable Movement variable and tried connecting it in the attack state in Event Graph, but character still moves. How would Unreal know I want to freeze the character in place with that node? Sorry if this sounds silly, Im a blueprint noob.

If Im able to complete this next thing I need is to add blend animations from run cycle to idle and from idle to run and other various blends. Also trying to figure out how to build that in state machines/ blueprints.

State Machines allow Skeletal Animations to be broken up into various states, with full control over how blends occur from one state to another.

So for the boolean method, would I need to wire this up in attack state or movement state? What I did is added disable input node with a delay of 4 seconds (to the attack state) after attack animation is set to go ahead. After delay, enable input node kicks in and I regain control over character. But for some reason the attack anim breaks and wont play again, but the delay will kick in so Im trying to figure out whats causing that. If I reset attack plays and only for the first time again.

Thanks for the links, Ive watched the video and there is definitely something that I could use from it so will try to edit or rebuild my graph tomorrow. Im not sure what you mean by enter/left state event or how it works.

From one of my Animation BPs I was playing around with the other day.

Ive tried to make it work like in your example with state events, but they are not firing. Do you have anything else set up to the movement graph in character BP that halts the movement when in attack state?

Unrelated, if you split up the idles and locomotion animations into different states, what are the blending results? Are you able to add specific blend animations from one state to another?

Do these work as you want?

Havent really tested that because I started to build a root motion controller. Im new to that so no idea what all the nodes mean, just following the instructions on here [Tutorial] UE4 Root Motion Controller 01 - New project, basic movement - YouTube

Its working to an extent, but left and right buttons are not functioning at all, so the character is only able to turn left and right by turning the camera, but its a very weak response although that its probably connected to the root motion of the animation? So I have my skeleton running 300 maya units in Y and X axis and turning 90 degrees, but its not the same in UE4. If I turn the camera and look at the front/side view of the skeleton while moving the effect is much more significant. Controls working inverse?

(project is topdown template based) Player enum variable is something specific for one of the bug tests I was doing. As for the other thing its hard for me to say because haven’t touched animation side of things too much.

I dont know what method to use, either try and troubleshoot root motion which may look better in the end or stick to user input driven capsule which is not easier to work with, but I still need it to function as a decent controller, be able to walk, run, enter a few buff up states which change the types of attacks available. But it also needs to be expandable further like feet IK or directional leaning.

Apologies for the necro but Google led me here so I thought I’d post for posterity:

Personally I would streamline this by creating custom notifies in your animation and then inside your AnimBP when the notify happens, you can disable or enable movement in your character pawn. 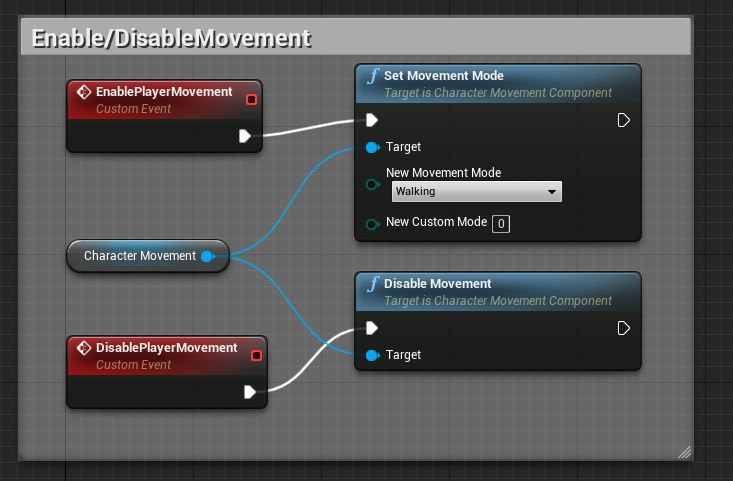 Step 2: Create the notifies where you want them in your animation. 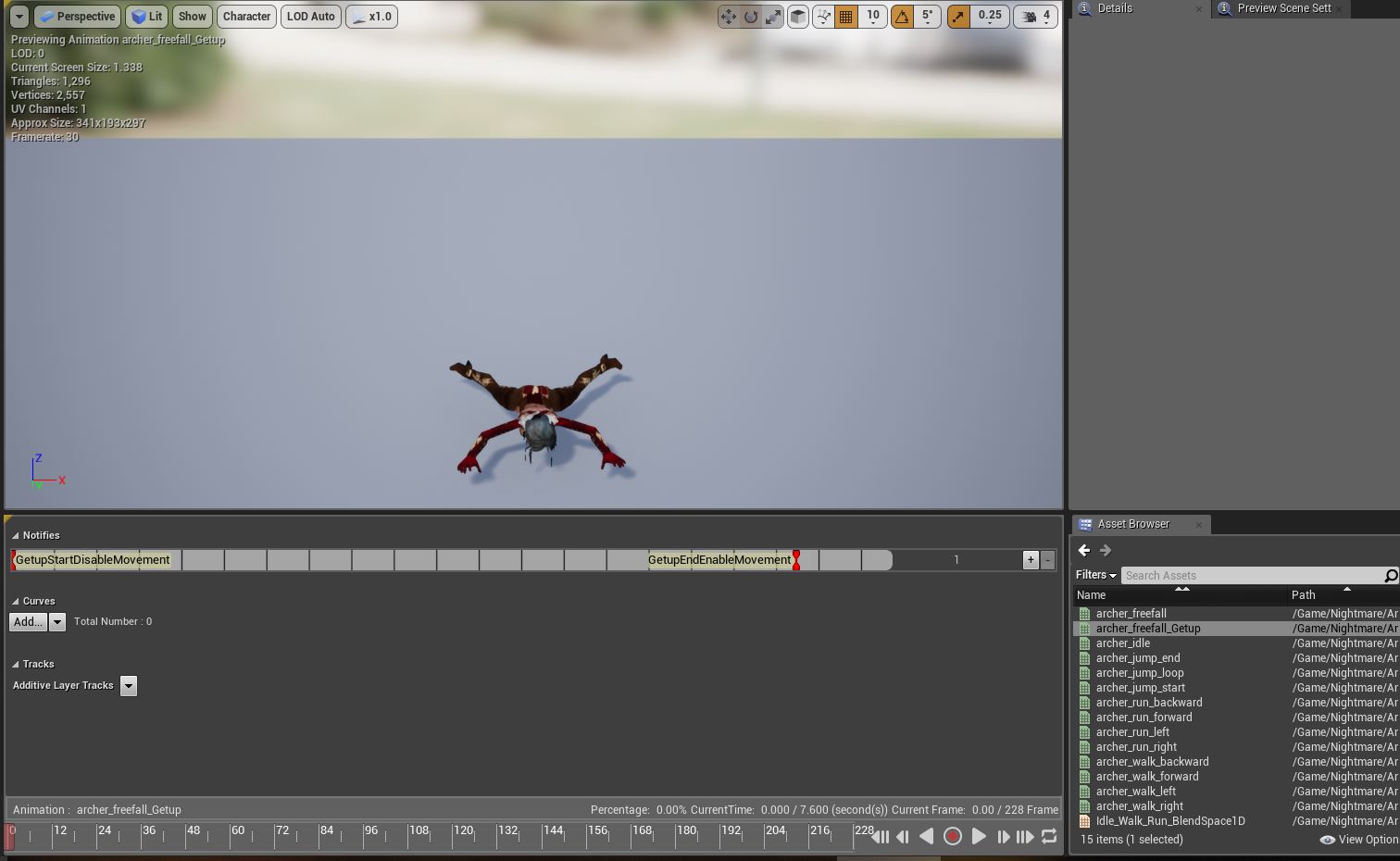 Step 3: Run your Enable/Disable Movement events from your AnimationBP on the notifies. 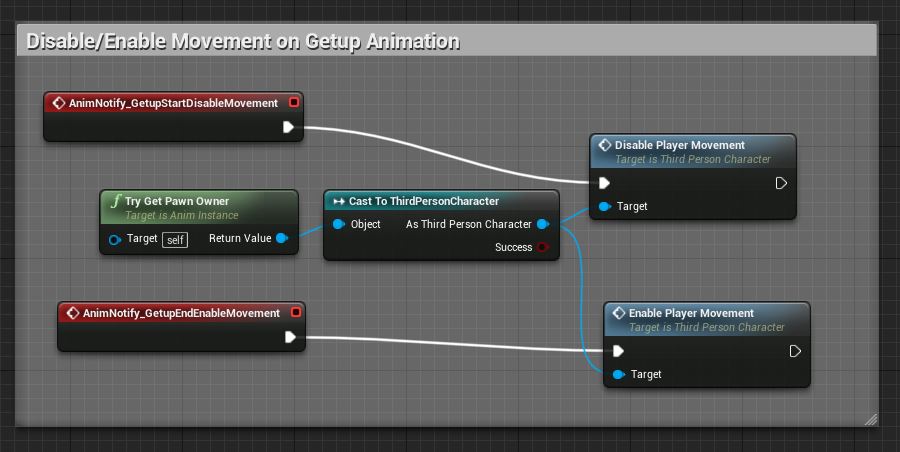