I would like to present to you a project that for the last 10 weeks, our team of 8; myself included, have been working on for Ubisofts Academic Competition. The team is comprised of:

The rules are quit simple (except for our programmers )
-Multiplayer (min. 2 players)
-Online or LAN
-Physics based mechanic
-A minimum of two distinguished characters with different mechanics.
-Checkpoint system
-Progression system (mechanics must evolve throughout the game)
-Theme: Voyage (traveling)

Our game, Dies Noctem, is a PVP game where players (representing the day or the night) need to find Time Shards located around the map and throw them into a vortex situated in the center of the map in order to shift the environment to and from day and night. Once it’s fully day/night, that team wins. The game is played using an xbox 360 controller.

Your character is from a Persian civilization born without arms, helped by a genie that generates a hand that you need in order to collect Time Shards. The user can choose between either a female and a male character. Each team has their own power (day can steal the Time Shard from another player and Night can overcharge the Time Shard to have it do more damage or score more points in the time vortex).

The Time Shard (based on the design of a Persian astrolabe). Once used, another one will re-spawn somewhere on the map.

Each Time Shard can be used on the vortex to win the game, to activate checkpoints around the map, which will give you and your team either health, speed or strength for the next 45 seconds, or shoot it at another player in order to destroy them.

And depending on who’s winning, the environment will change from day to night

And obviously, a lot of the visuals wouldn’t have been possible without the use of blueprint

The game is fully functional and it was an amazing experience. Hope you like it.

Great stuff! Do you have any gameplay video you can post? Cool art direction.

FatMoth: I’ll do something even better, i’ll put the link of the build in a couple of days :p. Just need to fix one pb with on of the texture not loading. But yeah, we should have a small trailer with gameplay.

I love the style of the assets. Great stuff!

Great stuff Gabriel! And congrats to all of NAD! :). Cant wait to see a video of this.

And depending on who’s winning, the environment will change from day to night

Thanks everyone…And oh, here’s the build

That build only work for 1vs1. Create game is the Day team and Joins team is the night.

P.S if there’s any bug, let me know

Sorry about the wait, end of semester was hard (also got hired as an intern at ubisoft Montréal :P)

Here’s the trailer for Dies Noctem 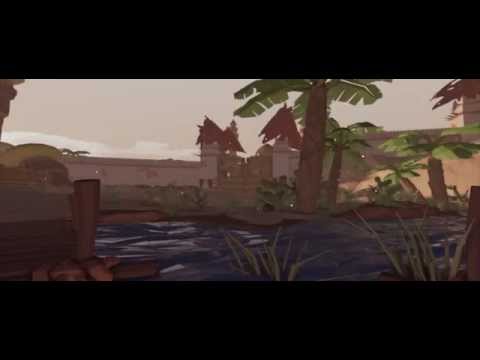