Some pictures of some assets i use in the demo i am preparing.
I will hopefully can share a flytrough of the finished level soon also. 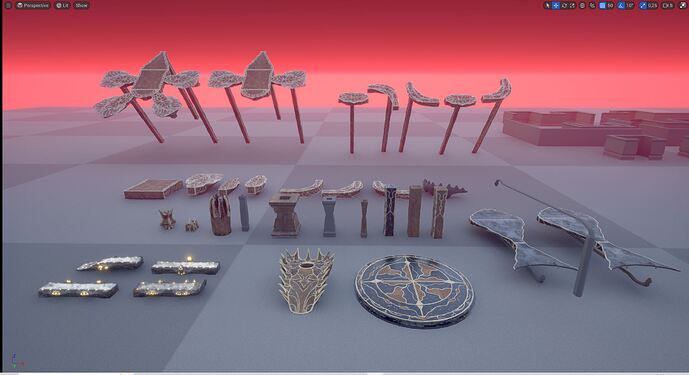 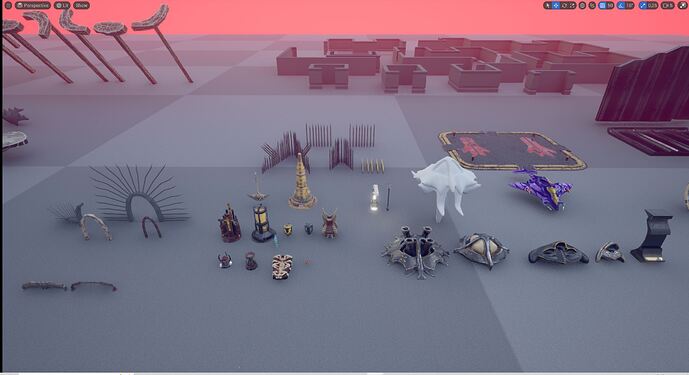 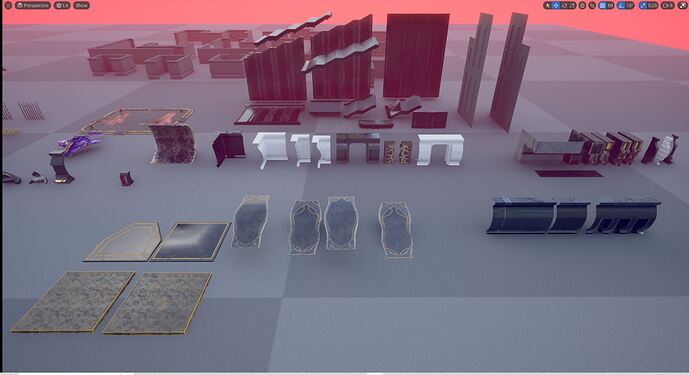 Hey, @Thorsten09, I hope you’re having a great Monday. These assets look great; I especially love the designs!

Hi @Zezkaii, thank you i am glad you like it

Here is a very short video from the demo i work on.
Here at the start of the level i try to use kinda tutorial, without having a real one.

I just use some sort of color-coding and build up awareness so hopfully the player can later remember if such things happen again.
I love games that slowly introduce gamplay with such things that´s why i want to use similar routes. This is a very basic final test. I hope i can share a longer video with not only standart enemies, the final gore system and a finished level in place very soon.

Very nice, that’s a smooth intro; I especially love the color scheme/design of the central area of this demo map! Games that introduce gameplay subtly are wonderful; great idea going that route. Thanks for the update!

Hi @ThronosStudios Happy New Year and it looks like its off to a Great Start for Die to Survive. Very Nice!

How will Players control the Reticle? I would anticipate Mouse/GamePad Thumbstick support by default, but, is there any plans to support other methods of control, especially the ‘LightGun’? Its completely different experience playing a Railshooter using a Mouse/Thumbstick verses a Light Gun (and I favor LightGun for Railshooters.)

I priced a couple LightGuns with the average ~$100 USD. Leap Motion Hand Tracking Starting ~$100 USD (I own one of these). I also looked into Tobii Eye Tracker Tech starting ~250 USD. I’m not certain how popular these peripherals are. In my opinion, supporting more of these peripherals is in the best interest of the Railshooter Genre Revival.

VR may be the means for achieving the Railshooter feel I’m looking for and I suspect they’re more popular than LightGuns.

@TechLord , the short answer:
The focus is to aim with a mouse (till the game is fully finished or in some sort of early access state)
Planed:
Gamepad (but only with aim assist)
Lightgun
VR maybe later (unsure)

At the moment the focus is pure for aiming with the mouse and finishing a demo that needs to be done in about 5 days.

VR:
I think this would be also a very good idea but i also do not own one of this. So hard to tell at the moment. The controls look very different,
could be done i guess but i have no idea how this will work till i have tested it.
So i am not sure right now if i will do a VR version of the game.
But i am well aware this would also be a great idea. I simply did not touch this and do not know how it works at the moment.

Playing the Railshooter in VR could present several presentation formats, one of them could be like playing in front of the Actual Railshooter Machine in an actual Arcade with actual Lightguns!

After experiencing such physical freedom of movement in VR, It is very difficult for me to play a game in front of standard monitor. This problem has been a major driver for me to develop Hyper-cinematics camera system for standard games.

Virtual Reality Statistics by Users As of 2021, there are 57.4 million VR users and 90.9 million AR users in the U.S. There are an estimated 171 million VR users worldwide. I would only anticipate this number to increase so its worthy of investment as a Game Developer.

After looking today a little into how i build the system for movement damage and so on, i think i could use what i have now as a base framework. But the gameplay would be very different because of the freedom with the movement to look around you have with VR. Clamping would kinda work, but i am not sure how this would turn out.
After finishing the game i will also have a closer look to VR and all options that are available.
First i want to finish the game. I spend way to much time testing a lot of different things, thats why i takes so long

And here is a short video where i have done some quick final tests if all works as i want. Looking good so far, now i can start to build the final level and use the newer gore system. 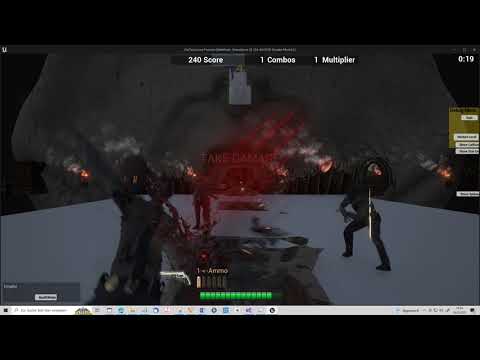 Edit: Just another short funny test with explosions and ragdolls to remind me how much fun it can be seeing stupid animations in games 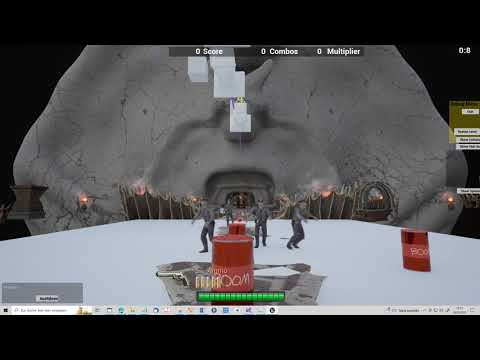 Understandable, and I know about how much time its takes testing when you solo Game R&D. Sometimes I find myself having so much fun with a particular feature, I end up more so Playing than Testing haha. But, if truth be told I need some fun to keep motivated and working on it.

Awesome Progress Video! Enemy AI looking great with Flying Knifes, Rag Doll, Dismemberment, and up-in-your-face Slashes are something fierce. I love it all. I would add those onscreen Bites, Slashes, Blood Splatters to a standard FPS. Left4Dead could have benefited from those indicators. You have my wheels turning, thinking about various onscreen attack status effects from 3D versions to Procedural 2D versions. DTS already looks like a lot of Fun.

I really appreciate the idea of “shoot-to-interact” with event triggers, pickups, etc. It really highlights and emphasizes the shooter in the rail shooter game. The Player can only control weapon(s) and shoot, so SHOOT EVERYTHING! I can easily visualize the technique being use to activate ‘derailers’ to switch routes. Shoot Characters to Type. Shoot Body Parts to Customize.

I try to keep the controls as simple as possible. So i only have shooting, weapon switch and reload at the moment.
The rest will be as you said “shoot-to-interact”. I needed to figure this out, so i can let the player chose a path trough the level (Will not be in the first demo because not much time is left). But you can really drive all interactions with this system.
I just like to keep things simple

Here is a picture from 1 of the sets of models i prepare for this demo. 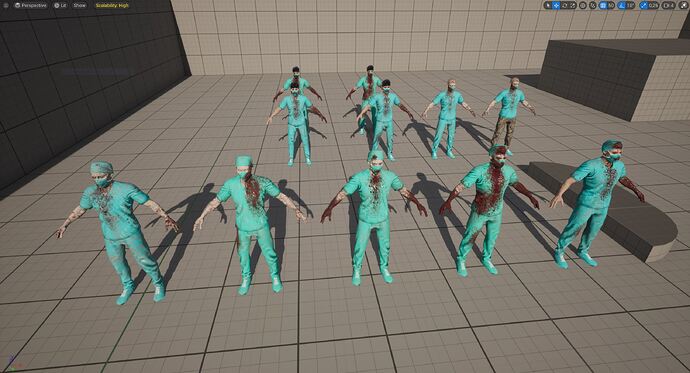 Another picture where i do a final test wih the dismembering and fatal bloodmask.
Functions working well, now it is time for the final opacity and textures. 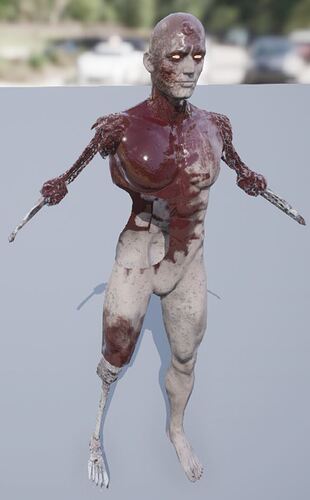 Just a small update.
Today i tested a build for the demo to find and get rid of some errors.
I recordet a slow fly trough. It is around 1/3 of the whole level lenght and just a slow overview how it will look in the end.
And i found a place to use the models wich i used to test nanite long ago VR!!! would be great fun with with those gun adapters for vr controllers!

I will have a look into all options available to control the game after it is finished.
VR is one of them

Here is also another update video i recordet today. It shows real gameplay (like a slow tutorial but as gameplay) while i debug what i play. Still only the standart models at the moment for debuging. Just finished a new set of models. I changed the UV layout so i can use helmets and stuff as attachment. It is just easier to use this as armor and detach without much afford.

A short video about the final test of the gore function. After the last few days nonstop working on the demo, i finally finished it today.
It is meant to show at the upcoming steam fest on 2023.02.06. I hope i was fast enough because today was the last day to send it there. So i am not sure if it will show up then.
And i really need to figure out how to do this on the epic store now.

Here is a last test i have some fun with zombies. Finally it is done. A playable first demo of the game will be available soon. 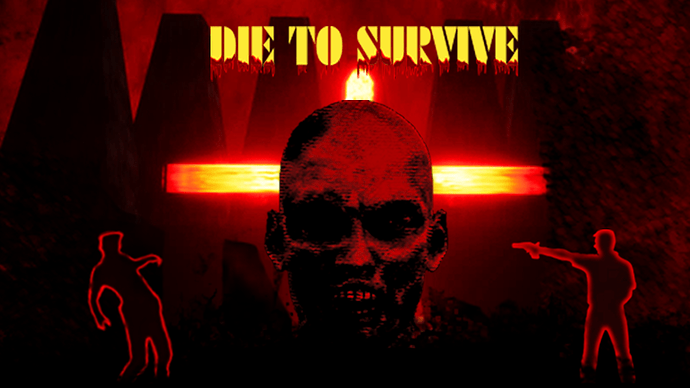 During the Steam Next Fest February 2023, Die to Survive will be available as playable Demo.

A first short Demo of the Game is now available on steam.

It would be nice to get some feedback. All of it the good and the bad things, suggestions just all you have in mind.
Every feedback is very welcome to make the best game possible.

I’m not sure how late I am to the initial demo’s release, but I have it downloading now and will try it myself later tonight! Congrats on making it this far in your development journey, @Thorsten09, and I’ll definitely let you know what I think!