Immediately after the announcement of UE4 deployment to HTML5, I begin to scheme how to merge my passion for Website Development and Game Development into one. Using a Game Engine to power a Website has been a long time goal. I investigated into this idea originally with the Construct2. Later, the idea of using Game Engine to power a 3D Shopping Mall would come to me in UDK. But, neither one of those concepts are a game.

In building TheGameDevStore.com, I would merge all 3 into one, Building a Online Store to sell Game Assets, that is in itself, a Game constructed from Assets sold in the Online Store. This would become TheGameDevStore.VR is a State-of-the-Art Interactive 3D spin-off of TheGameDevStore.com powered by UnrealEngine 4. It combines MMO (1000+ concurrent Users) + RPG|FPS Game Layer + Shopping Mall w/ VR Support.

Even, if I decide to scope down the project 90%, I believe the end result would greater than the traditional.

I like the idea, and how you do not require an extra browser plugin. The Mueller construction link seems also very useful ( i guess that is made with Unreal too, loads very fast) To make something like this successful you need a slick design, and easily accessible quality content to sell. And there are literally tons of website where you can buy assets. So there is a lot of competition, and buyers likely prefer more easily accessible content presentations, without downloading in the first place.

Indeed, virtual 3D is useful for asset presentations, but probably not as the main entry point. This would also circumvent issues with search engine indexing.

From, a content creator who made his own asset presentation 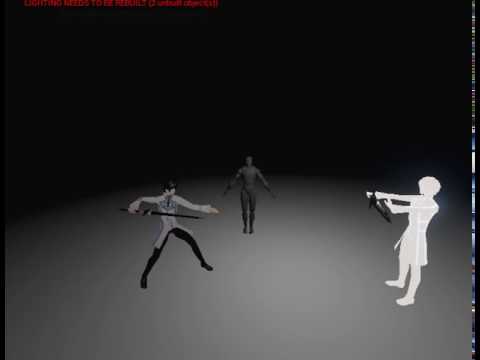 But this is a lot of work and coding, and as mentioned it must look good, has to be secure, sophisticated.

Sketchfab is a proof of concept that this kind of approach can be feasible and successful DARK ELF ANIMATIONS - Buy Royalty Free 3D model by PROTOFACTOR, INC. (@protofactor) [58294e5] - Sketchfab Store

I appreciate your input. I apologize for the vague caption. I did not mean to imply http://www.totally3dwebsites.com/ by http://www.viral3d.com/ were developed with UE4, but more so to declare that 3D web sites are coming. In my opinion, Loading Speed is going to be the make/break factor for the acceptance of 3D Sites by the general public. This opinion is influenced by my current pursuit to speed up my Traditional Site. I typically can make a cup of coffee while Sketchup loads… So using both Game and Web optimizations are under consideration.

I do agree that a 3D store would need a slick design, and easily accessible quality content to sell. My initial approach was to create a 3d store with game modes. However, after planning and killing this game concept I devised a new monetization model applicable to all my future games. In short, the new money model is to put the asset store in the games, instead of putting a game in the asset store.

Hey Tech, how is this going? Is Unreal viable for creation of web sites?

Hey Tech, how is this going? Is Unreal viable for creation of web sites?

Hi jacobgood1. In short, Yes. Complexity will determine the implementation. If I may inquire, what type of website do have i mind?

I was just curious, I do not have plans to use it for those purposes yet. I just wanted to know it’s viability for future use. Thanks!

I have developed my website with a website builder for my PR agency. It is also a trusted and a great way to ensure clients to work with you. If you have the coding skill, develop with technologies. If no, use modern website builders. For every situation article about best homepage examples will be useful to create a catchy website from the first page.

I would agree with building a Traditional Website regardless, its a primary motivator for developing WooSaH.

OP your idea is good. Sort of reminds me of JanusVR in some ways.

OP your idea is good. Sort of reminds me of JanusVR in some ways.

Hi @TechLord , I’m really interested how you are going with creating an Unreal Website being 2021 now? or if you have not revisted since.

I would be interested in learning what you have done and look to make my design portfolio on it.

Hi @20teck, sorry for delay I did not see a notification for this. The premise of the idea was to build the world with UE4, and render in webpage by deploying to HTML5. We conducted some prototype testing and could not get the UE4 embed to render full-screen in a webpage.

Our development focus and direction has change several times since this post. But, we still have plans to implement this concept with Pixel Streaming Technology and our UE4 Online Subsystem for Wordpress.

Maybe a bad question, but… besides 3d websites, what if you could build a ‘standard’ website just with UMG with the 3d renderer completely turned off? Would love to be able to build a website with just UMG and build it as I would export it from Dreamweaver xD