In only a few days, the First Robotics Competition challenge will begin (January 9 2016) and we, the team 4942 Spartech Camso, decided to build a FRC simulator in order to test our systems and piloting skills virtualy. We attempted at it, but we never made something worth calling a simulator.

We would be interested in having some people involved into the project with us. This simulator would be used by numbers of FRC teams over the world.
What we are looking for is a game to which we could import our robot CADs to and test it. Note that we are using blender. We already know the basics of UE4. We have this example CAD we made for testing, it would be very appreciated if someone could make it work as a 4 wheeled Mecanum drive vehicle:
[Link to the FBX file][2]. Let’s pretend this model has mekanum wheels. 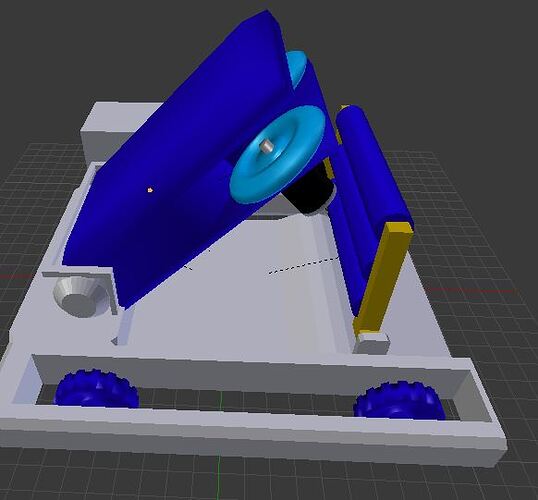 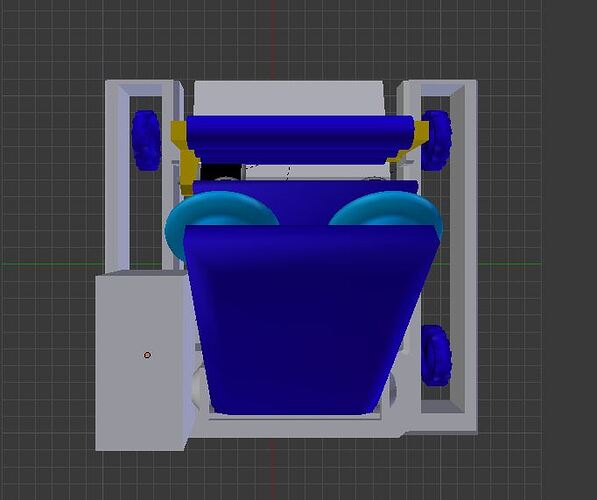 Everything in blue has to rotate in some way. In yellow is the only non-controlable moving piece. It’s affected by gravity and is supposed to help the robot to grab tennis balls from the ground (we don’t know yet if this is going to be this year’s challenge).

It would really help the project if any of those questions are answered. Thank you for your time in the name of the whole team!