(Previously posted in an incorrect forum)

I’ve managed to come up with a blueprint that works with instance static meshes in order to create a series of varied rooms in random locations. It works well enough, although there are instances of slight clipping between rooms at times, and I need to deal with the colliding instances.

On one hand, it’d be simple enough to add every instance to an array and compare the coordinates of each instance array, before its added, to the array holding all previous values. This becomes an issue when considering the fact that such a script would be checking each and every coordinate against possibly hundreds of other values, which would be strenuous.

Is there any other way that you guys figure I could come up with a way to deal with clipping instance static meshes? The attached image is an example of what may happen. 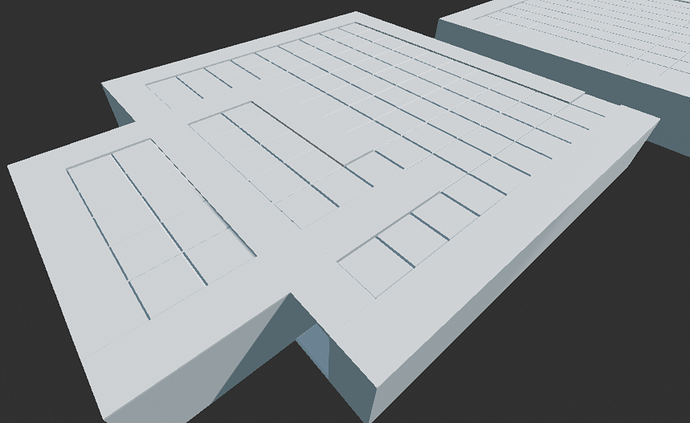 Hmm Im thinking to make something similar. and i was thinking to make some kind of prefab rooms and on with various exit/entrances of various types and sizes. so the solution i benn thiking of were making an empty object/joint in some point of the doors
that will be common to all doors of same type and the wwill generate the room there. Its some kind of randrom modular rooms.

something like this( At least for what i want i looks like a good idea) You could see this kind of generation in Warframe
http://i1380.photobucket.com/albums/ah198/Krzysztof_Kantoch/doors_zpso73xduna.png

Each door type only can generate a room with same conection ddoor and also a chance to spawn blocked door or dead end of any kind like this i thin you wont have the problem youn have there. But you need to have all the rooms carefuly created to avoid any kind of overlaping

Sounds like an interesting idea, I suppose I could come up with a few different methods for generating different room types (So each one isn’t just a rectangular shape). However, I’d like map generation to be as dynamic as possible, and of course this brings the issue of connecting rooms up.